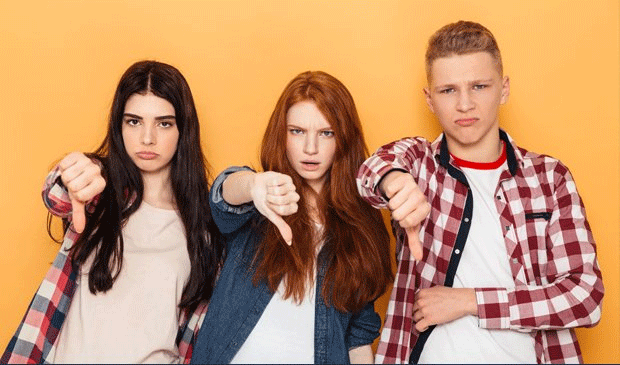 I've been teaching for a long time … now It's time to get all the pent-up frustration off my chest.
The students are (mostly) great, the teachers are (mostly) great and the lessons can be stimulating, challenging and may even change your life. So what’s the problem?

It’s the system not the people.
Here’s five reasons why I think the A-level system is letting you down and five ways to fight back.

1. Exams don’t work for everyone

They work fine if it’s your thing to coast through two years and then cram frantically for a month before forgetting everything the next day. But if you’re absolutely brilliant at a subject but write slowly and carefully, find writing reports easier than timed essays and experience brain-freeze as soon as you set foot in any examination hall – then A-levels may not work that well for you.

No matter how brilliant you are, if you don’t have the right exam technique then you may well do less well than someone who has less knowledge, less enthusiasm and less skill than you but who has nailed all the right exam skills.

And now there are more exams and less coursework these differences will become even greater.


Fight Back: Make sure you know all the insider tips and important exam technique for your subjects. Use TSRs learning tools to help you cram. If exams are a major problem for you, consider courses like BTECs that are coursework based.

Imagine the outcry if driving tests worked in the same way.

Fight Back: Think hard about resits – maybe you can avoid them by changing your plans a bit? If you do need to resit, make sure you use the year really positively, for example by getting some work experience or by learning a new skill.

3. Marking is not always reliable

Every student should feel confident that their work will be marked fairly and consistently.
The exact year and exam paper should make no difference. For every specification there needs to be consistency across different exam papers and different years.

So can you trust your results?
The answer to that is, in most cases, you probably can. But with so many students and so many exams the system is definitely creaking.

It’s getting tougher for exam boards to recruit current teachers as examiners at the same time as entries are increasing. In 2014 OCR were warned after nearly failing to get their results out on time and I have heard several scary stories from senior examiners that suggest a system teetering on the edge.
In 2014 there were over 450,000 remarks. Students know that in arts and humanities subjects in particular there is an element of judgement involved so a remark might just move your paper up the few marks you need to get a higher grade.

Fight Back: Re-marks are expensive and don’t change results in most cases. Ask your teacher for their view if you feel you deserve a higher grade. Get your paper back so they can go through it with you but act quickly as there is a deadline for remarks.

The A-level system is changing in ways that few students fully understand. Different subjects are changing at different times so, depending on your choice of subjects and the way your school or college is managing the changes, you can do three subjects, each of which is assessed in a different way.
Particularly tricky is the role of AS levels.

Fight Back: Make sure you know the key facts about the changes that affect you. Read our article.

Nobody could deny that the world is changing fast. Politically, economically, socially, however you care to measure it change is everywhere.

You might expect education to be changing with it, preparing students for all the uncertainties and challenges of life and work in the 21st century.
So what have we done with the qualifications taken by the majority of 16-19 year olds?

Reverted to exactly the same approach as the 1950s: students studying a tiny number of subjects assessed mainly by final exams.
It seems the system is more about ranking students in dome sort of order for the benefit of universities rather than actually considering the knowledge and skills students need right now.

Fight Back: Make sure you get some skills and experiences beyond A levels. It could be voluntary or paid work, learning a new skill or doing an extra qualification like an Extended Project or Duke of Edinburgh Award.

Do you agree? What do you think about the A-level system? What should students be studying in 2018?

Article by lizzieking on Thursday 02 February 2017
Last edited by Nik Taylor on Tuesday 19 November 2019
Have you seen...?