We spoke to Corporal Brooks, an Intelligence Analyst (Linguist) about her career with the RAF.

The Student Room (TSR): Tell us more about how you got involved with the RAF.

Corporal Brooks (CB): During my research into careers, I came across the Intelligence Analyst (Linguist) role and thought it looked really interesting. I had GCSEs in English and maths, so I was able to apply and decided to fill in the application form.

TSR: Did you have any previous connection to the RAF before you applied?

CB: No, there’s no military in my family. I had no frame of reference for the RAF at all.

CB: It moved quickly so it was relatively painless, although there are a lot of processes to go through. You have to pass aptitude tests, fitness tests, the medical and interviews in the first instance. There’s also a specialist interview.

TSR: Can you tell us more about your training period?

CB: The basic training is 10 weeks long and takes place at RAF Halton in Buckinghamshire. That’s for everybody, whether you’re an analyst, a driver, a chef etc. Then you move on to your specialist training. Intelligence analysts and linguists train at Chicksands in Bedfordshire.

TSR: How long does the specialist training last?

CB: As a general rule, linguists will do an 18 month intensive language course, learning one language, followed by four to six months of specialist training. That’s when they learn to listen to audio cuts and understand accents, dialects, code words and all that sort of thing.

What does a Intelligence Analyst (Linguist) do?

TSR: What does a linguist’s role actually involve?

CB: Linguists sit and listen to foreign communications. Out on ops that might involve live communications when people are on the ground. Back home, we might be listening to recorded communications. We’re listening for all sorts of things: enemy weaknesses, what somebody is going to do next etc. Anything we think is of importance is passed up our chain of command so that a decision can be made off the back of it.

A linguist might be the first or only person to hear that piece of information and then it’s up to us to make sure it gets to the people who need to know about it.

TSR: That sounds like it could be quite stressful.

CB: It’s not actually stressful. It’s a pressured role but you’re part of a team so you’re never on your own. If you’re not sure about something you’ve heard then there’s always somebody next to you who will help you. We also go through a very rigorous two year training programme before we’re operationally effective, we’re not just dropped into it and expected to run straight away!

TSR: What’s the best thing about the linguist role?

IAL: The perspective you get on the world, you know so much more about what’s happening. You’re aware of the impact you could have on an outcome, whether that’s a military objective or saving somebody’s life. There’s also the variety, you’re not doing the same thing every day.

TSR: What sort of person can become a linguist?

IAL: Somebody who gets a buzz out of a learning environment. The training period is quite intense so you have to be somebody who enjoys that way of life, initially at least.

Attention to detail is important. You need to be dedicated and patient  because you might be sitting and listening for quite some time and you’ve got to stay on the ball.

THS: What opportunities could the linguist's role lead to?

CB: Anything language-based, really. Translators, research analysts, teaching, government organisations where they might need linguists, like MI5. Being fluent in a language can be a great help in many areas of the business world, too.

THS: What advice would you give a school or college leaver who might be considering this path?

CB: Get an appreciation of what is going on in the world. Try and be up on what the military is doing. Learning a language would definitely help, although this role doesn’t ask for it. And don't be put off if you think you aren't very good at languages as we've had people come and sit the aptitude test for this role who said 'I was terrible at French at school' and then got top marks!

So I would say give it a go - you could surprise yourself!

Find out more about careers in the RAF 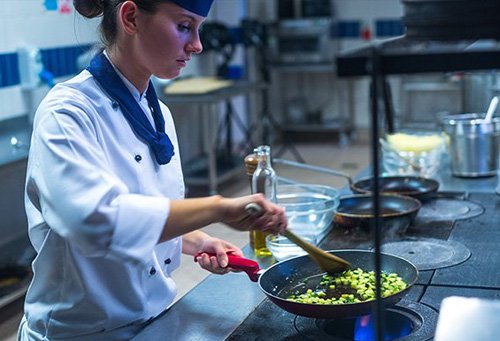 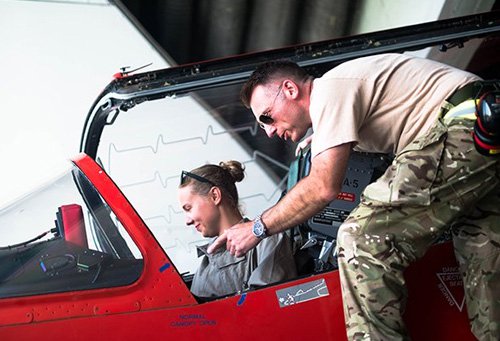 Leavers
How to get into the RAF straight from school 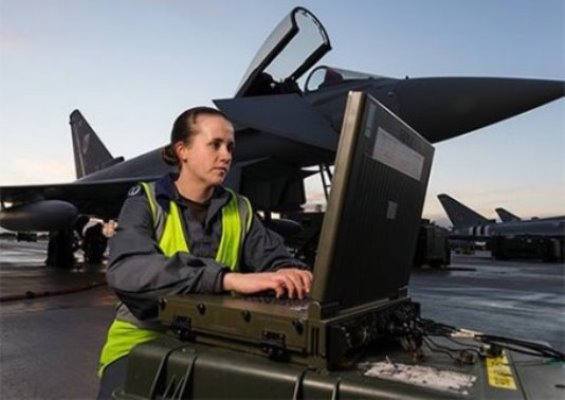 Careers
Could you have a career in the RAF? 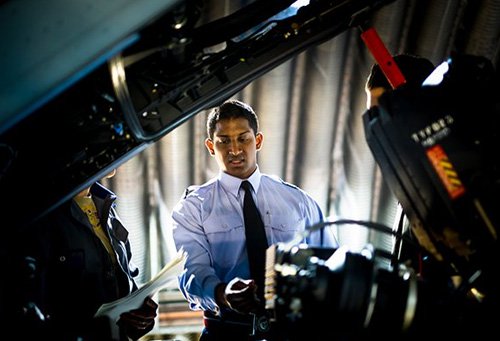 Would you get cosmetic surgery at uni?

Poll
How many universities have you heard back from?