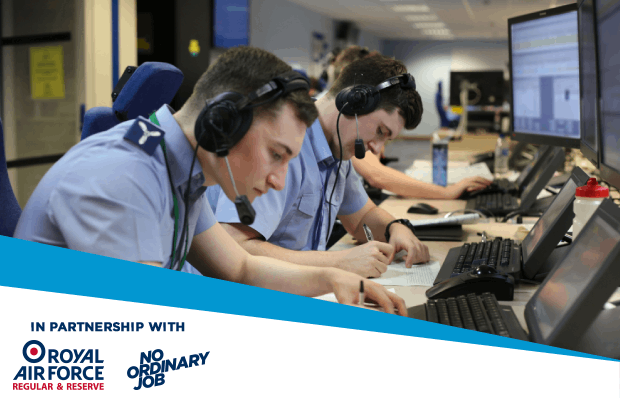 RAF Air Operations monitors the skies across the world, using some of the most advanced aerospace tech on the planet.

And it's not just aircraft that air ops track; they go beyond that. Space debris and the International Space Station are also included in their remit of providing important information to organisations, both military and civilian.

The work is varied – and vital. You’ll need to be switched on. So, how sharp are you? Try the RAF’s quiz below to put yourself to the test, then read on to find out more about some of the roles in airops. 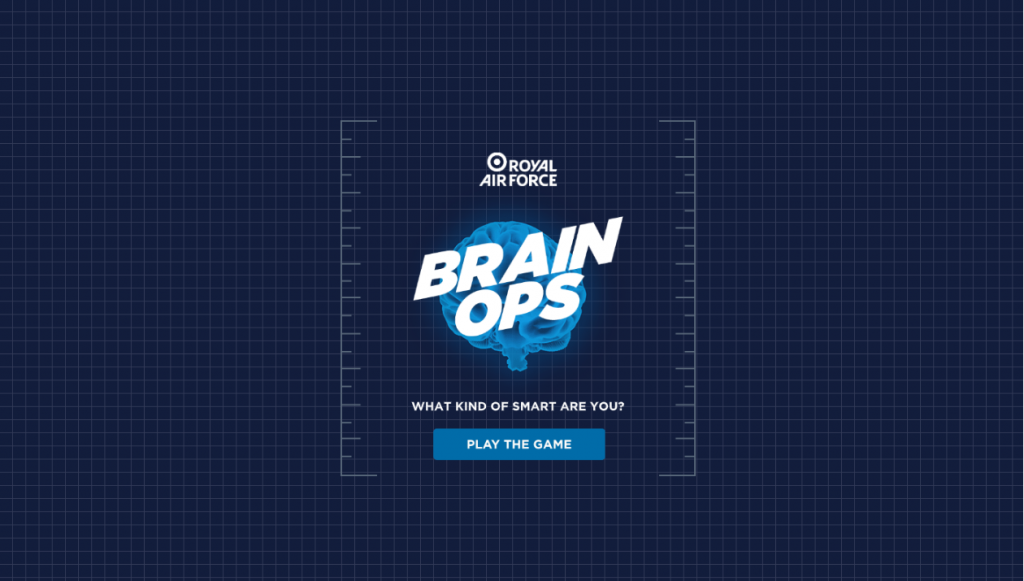 Known within the RAF as Non-Commissioned Controllers, Air Operations (Control) Sergeants are key to every element of military aviation.

Sergeant Rob Davies is a Terminal Controller working at RAF Coningsby. “It is our job to ensure the airfield is available for use, then clear aircraft to take off,” says Rob.

“Once an aircraft is airborne we can then control it out to approximately 50 miles before it returns to the airfield, in which case we clear it to land and in bad weather provide a talk-down service.

“Or, for those aircraft moving away from the airfield, we then hand controlling responsibility over to either Area Radar at RAF Swanwick, or to a Weapons Control team at a Control and Reporting Centre.”

RAF Coningsby forms part of the Quick Reaction Alert (QRA) System that ensures the RAF is permanently in a state of readiness.

“At a moment’s notice we may need to clear the runway and the immediate airspace around the airfield and then clear QRA Typhoons to launch,” says Rob.

“This is a 24/7 commitment and we work in shifts to ensure that we are always ready to react to a potential scramble.” 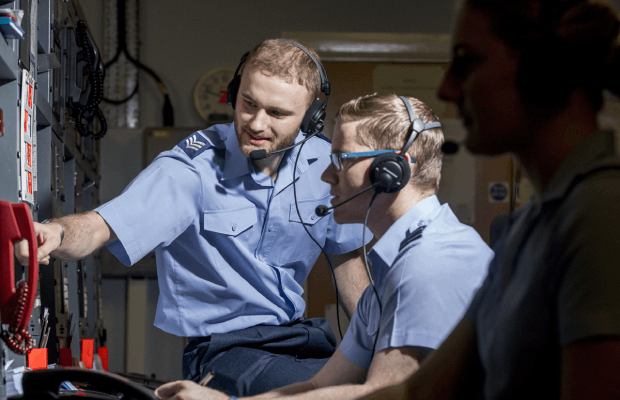 Rob was initially drawn to his role by the appeal of controlling aircraft, but he’s found being in the RAF has given him plenty more, too.

“Aside from being a controller, we graduate from our training course as a Senior Non-Commissioned Officer (SNCO), which brings with it even more responsibility and expectation.

“In a typical day I can be on the radar console or in the tower (controlling departures, landings and aircraft ground movements) for six or seven hours spread throughout my shift

“Away from those duties I can immediately find myself dealing with any number of things, from a welfare problem with one of my airmen or airwomen to preparing a brief on something like Flight Safety.”

“Where a controller at an airfield is there to facilitate missions by launching and recovering aircraft, and guiding them away from that airfield, we take over control (of fighters) once they’re airborne.

“We then control them throughout their mission, be that an air defence scramble or a large training exercise involving multiple aircraft.

“Our primary task is the defence of the UK’s skies.” 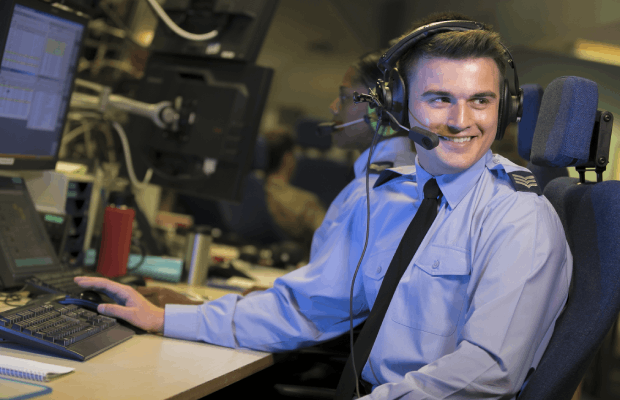 Lee’s role within that defence is to control QRA Typhoons when they’re scrambled. That might be in response to an unresponsive aircraft that could pose a threat to national security, or possibly an unannounced foreign military aircraft approaching our airspace.

“When the Typhoons are scrambled it is my job to direct them towards the suspicious aircraft, sometimes supersonic if we’re given authority, while liaising with various air traffic control agencies in order to keep other aircraft at a safe distance.

“Once our Typhoons are alongside and behind the aircraft, we then begin to update the pilots with information on that aircraft and feed the information that they provide back to our chain of command who then pass this on to the engagement authority which sits at the highest political level.

“There is a list of actions we can take within our rules of engagement, most of which are aimed at deterring a hostile act.

“If the engagement authority decides to act against the aircraft, this will be passed on to the Typhoon pilots by either myself or the Master Controller on duty.

“If I had to sum up my job in one sentence, I would say it’s a wonderfully dynamic, fast paced, edge of your seat environment where you get the added satisfaction of knowing that what you do genuinely keeps the country safe.”

Air and Space Operations Specialists (Aerospace Systems) are critical to the defence of the UK homeland. They not only monitor our airspace, but also look beyond the atmosphere for anything that could threaten national security from space.

Senior Aircraftman Elliot Richards works at the Control and Reporting Centre (CRC) at RAF Boulmer. “As part of the surveillance team, I assist in the compilation of the Recognised Air Picture, which is a continual process of identifying every aircraft within or approaching our airspace.

“To do this we monitor data received from numerous radars across the country and information from our flight plan databases.

“As a team we work 24/7 365, monitoring any emergencies, lost communications, deviations from flight plan and, most importantly, any threat to the UK and NATO.

“If we are notified of an aircraft that has lost contact with air traffic control, it is my job to start tracing its flight path, noting its direction and changes in altitude while comparing it with its flight plan.

“I’ve just got back from a four-month detachment to the Falkland Islands where we carry out the same role protecting the airspace over the South Atlantic Islands. This was a fantastic experience and I’m looking forward to my next detachment which could be anywhere in the world. 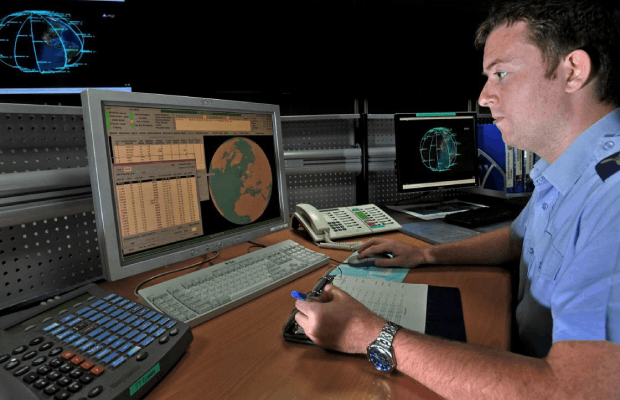 “RAF Fylingdales is responsible not only for BMEWS, we also detect, track and identify any object in space that comes within range of our Solid State Phased Array Radar, which can track things thousands of miles above the Earth’s surface.

“I can find myself tracking objects of high importance, such as the International Space Station, foreign intelligence gathering satellites and the thousands of items of ‘space junk’ in orbit that could cause damage to our space assets (think of the blockbuster film Gravity).

“I’m currently working within the Mission Support Flight, where I evaluate the on-duty crews to ensure that they can effectively execute their primary and secondary missions. Because of the nature of this role I find that no two days are the same, partly due to the ever changing and constantly evolving status of the space and missile domain.

“The most enjoyable aspect to my job is designing and implementing training scenarios which test the crews, often involving a simulated missile attack against the UK, Europe or North America.

More of our articles on the RAF

How will Covid-19 affect my uni experience?

Should I date my friends ex?

Is it better to live at home or in halls?

Will I get anywhere with Psychology?

Is your school opening?

Poll
If you do not get the A-level grades you want this summer, what is your likely next step?