Whether you fancy yourself a bit of a pro gamer or just someone who enjoys casually gaming or listening to music while you work or study, Fnatic is aiming to have a product for you. We've taken it upon ourselves to review some key pieces of tech - particularly keyboards, mice and headsets - to keep you going while you're busy with your studies and after our review of the Fnatic Streak keyboard earlier in the year, the company reached out to ask if we wanted to check out their new REACT headset as well.

This article includes links to online retail stores. If you click on one and make a purchase we may receive a small commission. For more information, go here.

What is the Fnatic REACT? 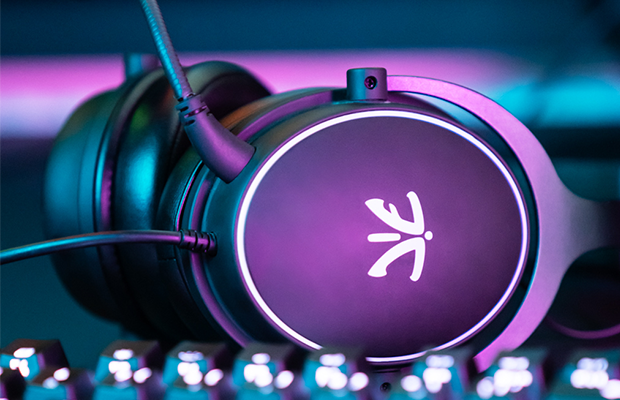 Fnatic Gear is the hardware and peripheral extension of Esports team Fnatic, with a focus on lifestyle products and gaming hardware that delivers high quality while not costing you a fortune along the way. Taking big cues from its experience of running one of the world’s top Esports teams, the hardware side of Fnatic has delivered some impressive results and the REACT headset is certainly no exception to that rule.

Primarily designed as a gaming headset, the Fnatic REACT is an over-ear headset with a detachable microphone and an in-cable box featuring a mic mute switch and volume rocker. These are essentials for a gaming headset and the REACT does well with those features, but where the REACT comes into its own is with its price point. Costing £69.99, which puts it cheaper than a large number of gaming headsets out there. 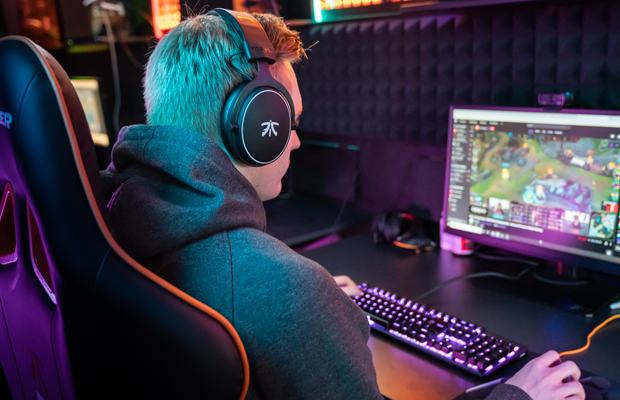 In terms of the overall design, the Fnatic REACT headset will be recognisable as a gaming headset - the large over-ear cups are similar to those found in the HyperX Cloud series of gaming headsets - and the foam-covered detachable boom mic that extends from the left side is short but adjustable. The familiar elements manage to be a large positive of the headset’s design, though, and rather than feeling like Fnatic is emulating other brands, it feels like Fnatic is building a new headset from some established essentials and great designs to make something that delivers a great experience.

The ear cups feature faux-leather padding that forms a rough seal around your ear after you put it on, to ensure that you get the full audio experience when in-use, though this will also restrict the air that can escape, meaning you may get some heat build-up on the sides of your head if you’re using them for an extended period. The headband features a memory-foam layer to add an extra bit of comfort and the inside of each ear cup features an alternate colouring with a large ‘L’ and ‘R’ respectively - a lovely bit of design to add some unique elements to the REACT.

Out of the box, the headset feels sturdy and distinctly solid, perhaps to a fault for some people at first, as the headset forms quite a firm grip over the head when worn. That said, one of the stand out things with the REACT so far as that it’s a surprisingly lightweight and comfortable headset to wear, especially for extended lengths of time.

Where some users may experience some troubles is with the lack of adjustability in the ear cups themselves - these cups do not swivel as some other headsets do, which leads to a less than comfortable experience when the headset sits around the neck when not in direct use. The cable used to connect the headset to devices or controllers is also quite short, which can lead to some issues if you’re not sitting directly in front of your set up.

Those small issues aside, the Fnatic REACT is an impressive piece of design that manages to maintain some semblance of subtlety and simplicity while also delivering all the essentials of a gaming headset in a solid build, for under £70 - not an easy feat at all. 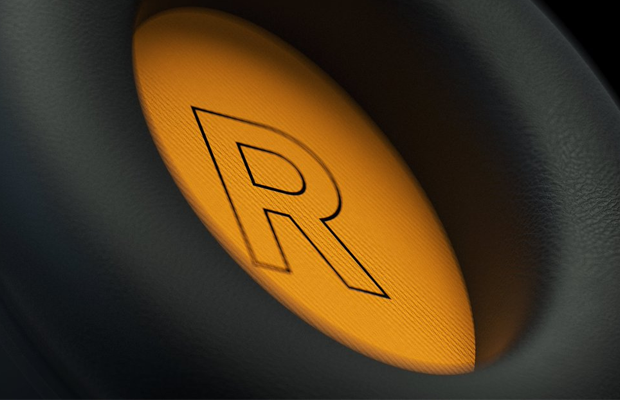 Where the REACT headset really comes into its own, especially for the price, is in its performance. Both the audio and the microphone are of superb quality and in a lot of cases, much higher quality than other headsets of a higher price point.

In terms of the audio, the REACT manages to deliver some powerful bass tones without the use of a subwoofer and while not overpowering the rest of the audio. The balance of bass and treble is more or less ideal out of the box, saving you hours of adjusting levels inside some kind of software. The large over-ear cups creating a seal close to the head ensures that the bass tones don’t get lost along the way, though if anything changes that (if you shift your head abruptly, for example), you’ll notice a drop in bass almost instantly.

The microphone is of alarmingly high quality, delivering crisp and clear audio to your in-game teammates, discord channel or whoever else you’re chatting with. Comparatively, it’s hard to find a microphone that sounds as good as the Fnatic REACT’s mic does without spending well over £150, so for £70 it’s kind of the best option out there.

Taking everything into account, it is clear that the main focus with the Fnatic REACT was on audio and mic quality above all else and while the build and design are still very good, the headset really excels when put through its paces when listening to music or playing games, especially competitively. The bass being kept in check and not becoming overpowering means that when playing games online, you’re much more likely to pick up on the surrounding sounds such as an enemy player footsteps or shouts from afar.

It is important to note that this is in no way a noise-cancelling headset. The solid build and the foam around the ear cups will block out a large portion of outside noise, but this headset doesn’t feature any kind of noise-cancellation tech and as such, you’ll still have some audio bleed in both directions - in other words, you’ll still hear a bit of noise from outside and people around you will occasionally hear some of the particularly loud noises coming from your headset.

For a detachable microphone, the level of quality is particularly impressive as a lot of companies go cheap on the mic in order to make it detachable effectively, whereas it is very clear that Fnatic has made no attempt to compromise when it comes to audio quality.

This is, at its core, a gaming headset and will perform best when used for gaming, but it certainly doesn’t slack when just watching Netflix or listening to music either. The microphone is decisively impressive and when combined with the impressive audio quality of the headset speakers, it’s baffling to see this headset at such a relatively cheap price point.

Why buy the Fnatic REACT?

The Fnatic REACT is definitely an impressive headset, though it will excel with gamers when used for its designed purpose. If you’re looking for an over-ear set of headphones to use out and about, then the REACT might not be for you.

If, however, you’re after a great gaming headset that’ll allow you to communicate clearly with your friends while also having masterful audio delivered straight to your ears, but you don’t also happen to be flush with cash and able to spend ridiculous amounts of money on your equipment, it’s hard to go wrong with the Fnatic REACT. It’s a very impressive headset from a company making waves in the gaming hardware scene and we definitely look forward to what else Fnatic comes up with in the future.

A surprisingly solid and impressively high-quality headset designed for gaming that costs a fraction of the cost of most of its competitors. Expect a lot of those other headset makers to follow Fnatic's lead in the future.

You can buy the Fnatic REACT over at Fnatic's official store.

This article includes links to online retail stores. If you click on one and make a purchase we may receive a small commission. For more information, go here.

How are your mocks going?

Win free nachos - tell us about your fave book

17 and parents won't get a loan for me

Will Brexit be good for Britain?

Poll
Why do you want to do a masters?