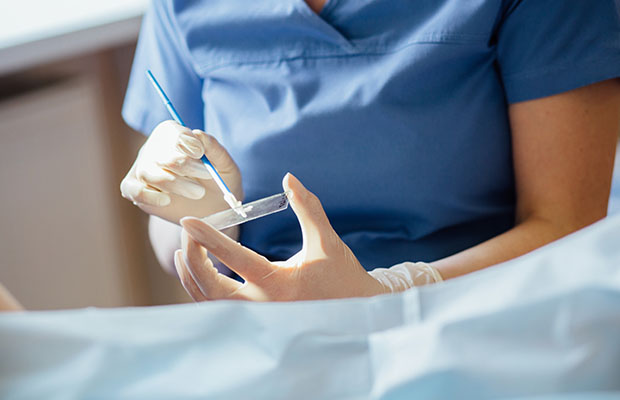 There really is nothing to worry about when it comes to smear tests, but having your questions answered tends to help.

A few bits of info to start you off

You'll get your results within 14 days. Most women are told that their test showed no abnormal cells. In other cases, you may have one of the following alternative results:

It can be painful, or it can be simply uncomfortable. The main thing most people are worried about is having their bits so exposed. You will probably be taken into a little changing cubicle or left to undress from the waist down, and given a towel to wrap around you. only at the point just before the smear will you be exposed. The more tense you are the more painful it is. its incredibly hard to force yourself to relax though, so just try to distract yourself as best you can, and follow any advice they give you.

How old do you have to be to have one?

The advice in the UK is that you need one at either 23 or 25 years old, then every 3-5 years after that. Different areas have different rules - some like in South London say 23 years old, some others say 25 years old. The reason they don't bother with women younger than this is because they get so many women testing positive beyond this age but who are not at risk of cervical cancer, due to normal changes that occur on the cervix, which look similar to abnormal changes.

YES, virgins can get cervical cancer, research carried out by the nhscsp showed that although it is far rarer in virgins as they are unlikely to catch HPV, they can still develop cervical cancer from abnormal changes in cells not caused by HPV. Ring your GP and ask for their advice on the matter. It is a very low risk, but there is a risk. If you have sex with a condom you still need a smear. Most people are rubbish with condoms, and there is a slight transmission risk anyway.

Can I be vaccinated against this?

There are two vaccines available. One protects against HPV16 and 18 - responsible for over 70% of cervical cancer in WHITE people (much less in black and Asian people). One protects against them plus two other sorts which cause over 90% of genital and anal warts. If you have had unprotected sex before there's not really much point in getting the first vaccine. That said, it won't do any harm. The latter vaccine however will help protect against warts - especially in at risk groups like gay men. Remember though there are lots and lots of HPV viruses NOT protected by the vaccines. You will still need smears when called up, and will still need to

If you still have question, why not post them on the forum

Or take a look at the official NHS website.

Poll
Should the school day be extended to help students catch up?