The foreskin is a double layer of skin and mucosa. Body fluid between the layers provides lubrication and enables the outer layer to glide frictionlessly over the inner layer and along the shaft. A ridged band of tissue just inside the end of the foreskin is heavily innervated.[1] The foreskin is the location of the areas most sensitive to fine touch.[2] The foreskin has numerous protective, immunological, sensory, and sexual functions.[3] The foreskin is noted for its friction-reducing gliding action.[4] 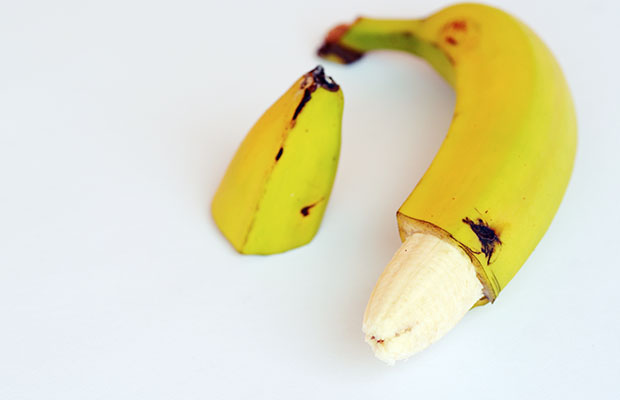 Infant boys are born with tight foreskins. Tight foreskins are normal in childhood and adolescence. A boy's foreskin should not be retracted until the boy can do it for himself.[5]

A related condition is frenulum breve - colloquially, a short banjo string. Here, the foreskin can be mobile, but cannot retract due to insufficient slack in the frenulum. Occasionally, this can lead to it tearing during intercourse. Further, it is entirely possible to have phimosis and frenulum breve; indeed, most men with full phimosis have a certain element of frenulum brevity.

Is it a problem?

Quite simply, if it's not causing you any problems, it isn't a problem and don't let anyone tell you it is. Many men with phimosis are perfectly happy with not being able to retract. If your concern is putting on a condom, although some instructions say to do so, it isn't necessary to retract the foreskin first.

A note on paraphimosis

If the foreskin gets 'stuck' retracted behind the glans due to tightness of the frenar band/frenulum, the resulting state is known as paraphimosis. If this happens, don't panic. Give the glans a firm squeeze to shrink it whilst pulling the foreskin (and hence the frenar band) forwards over the glans. This usually fixes it - try applying some lubricant if it proves difficult (if you don't have any and get into this state, a bit of olive oil will do).

In the unlikely event that you can't fix it in this manner, go to A&E and they will sort it out - the first thing they try is the above procedure, so definitely do that first. It might sound dramatic to go to A&E, but if left in a paraphimotic state for serveral days, it can cause problems due to restricted blood flow. 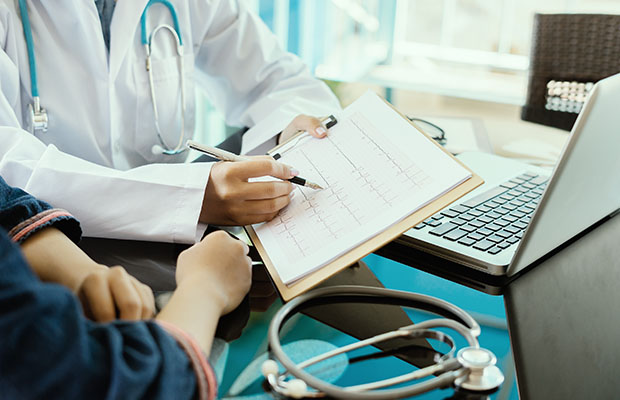 Usually the cause for phimosis and frenulum breve is just that the frenar band and frenulum are too tight; and indeed, as with an elastic band, stretching them can often sort it out. Sometimes foreskin tightness can also be caused by fungal infections, with symptoms including bleeding and cracked skin. In this case, go and show your GP to get something for it (often the same anti-fungal women use for thrush) as the infection needs treating first. Otherwise, the rest of this text assumes that tightness of the frenar band and/or frenulum is the problem.

Phimosis and frenulum breve can be dealt with in four ways:

Which of these you go for is entirely down to your preference. I'll go through them in this order.

The basic principle is to apply pressure to the frenar band, much as one would do to stretch an elastic band. I'll detail two exercises for phimosis, and one for frenulum breve. If you spend 5 minutes twice a day on stretching, that should be adequate. Once it's sorted, carry on for another 4 weeks afterwards to ensure it stays permanent.

The advantage of stretching is that you don't need to show your tackle to any medical professionals, and you can start doing it right now; okay, not right now if you're in an internet café or at work....

i) Attempt to retract the foreskin until there is some discomfort - as much as you can tolerate without being in agony.

Repeat this for 5 minutes. It can help to do it in the bath - the heat helps loosen things up a bit.

This assumes you can get two fingers in - if not, follow the previous exercise.

i) Insert your two index fingers into the opening of the foreskin and feel around for the phimotic ring. If you can't find it, try and retract and see which bit snags on the glans - that's the bit you want.

ii) Pull your fingers in opposing directions. Again, discomfort is okay, but not agony.

As above, repeat for 5 minutes, and doing it in the bath can help.

The frenulum is a slippery little blighter, but it can be stretched. If you have tore your frenulum through sexual activity, let it heal before following these instructions (also, consider using a lubricant to reduce the tugging on it during sex).

i) Locate the phimotic ring (as in phimosis exercise 2)

You might need to hook your thumb around to stop the frenulum slipping away. Again, doing it in the bath can help.

Stretching with a Steroid Ointment

Steroid ointment (or cream) serves to speed up the effects of stretching. They work by thinning the skin, so it stretches more easily; and then, when you stop applying the steroid, the skin builds back up again. Typically, Diprosone ointment is used (betamethasone 0.05%).

Whether you want to use a steroid ointment from the outset is up to you. It's a prescription item, so you would need to see your GP; but you will get results faster this way, so it's a trade-off. Use it as follows

i) Stretch as described above

That's about it - the steroid cream on its own won't do a thing, it needs the stretching. 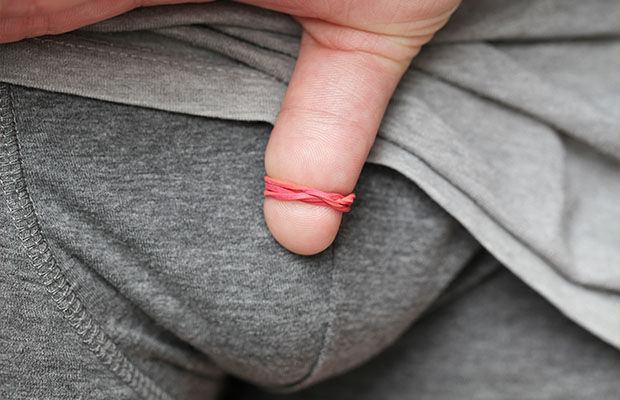 Preputioplasty. For phimosis, the minor surgical procedure available is called a preputioplasty.[6] [7] [8] A surgeon will make two small incisions in the phimotic ring, and stitch it together so it is bigger than it was before. This can be done under local anæsthetic. Recovery time is around four weeks.

The foreskin and all of its many functions are preserved by preputioplasty.

Frenuloplasty. For frenulum breve, the minor surgical procedure available is called a frenuloplasty. It's quite similar to the preputioplasty: make an incision or two, stitch it back together slightly longer. One can have both a preputioplasty and a frenuloplasty done at the same time; if you just opt for the frenuloplasty, and do have phimosis, make sure you tell your surgeon as they tend to leave the foreskin behind the glans after the op. Again, local anæsthesia, and four weeks or so to recover.

Circumcision was once the primary treatment for phimosis, and remains an option for the treatment of phimosis/frenulum breve, although it is increasingly viewed as outmoded, excessive, and unnecessary. Essentially, by removing the foreskin, it can't cause any more problems. People in general seem quite polarised as to whether circumcision is a good idea or not, and preference one way or the other regrading function and appearance depends on which country the person is in, and of course whether the person is circumcised themselves (or if their boyfriend is circumcised). While some men have noticed a worsened sex life following adult circumcision[10], other clinical studies from the US Library of Medicine have shown many men experience an increase in sensitivity[11] and virtually none experienced adverse effects in their sex lives[12].

Remember, of course, circumcision is final, once you've had it, there's no going back. It is always advisable to try stretching (with Diprosone) first - if you never try, you'd never know, and might regret it. If you do want surgery, the decision to remove it entirely or just address the phimotic ring or short frenulum comes down to your opinion of your foreskin. The important thing to consider before choosing circumcision is to review factual information for yourself and ask for personal experiences if you're able. Propagandists Morris and Krieger claim no adverse affects of circumcision[13] - but their claims have been debunked by Boyle.[14] Male circumcision is still a permanent, irreversible, and deeply personal, choice that is unnecessary in most occurrences of phimosis or paraphimosis.

The National Health Service (NHS) provides male circumcision only to treat a small number of conditions, when all other treatment options have failed.[15]

For further reading, be wary of the Internet: as I mentioned above, people are polarised on this issue, and bias is rampant. For instance, there are lots of sites from the USA (where circumcision is relatively common) that will tell you you definitely need a circumcision.

I got a lot of good advice from a forum whose sole purpose is to discuss tight foreskins and phimosis. I can't post the link here due to TSR rules. Otherwise, have a look at the Norm UK website [16] - it has more details on this topic.

Return to the Sexual Health Hub for more information

Most difficult thing about revising?

Poll
What do you find most difficult about revising?