General election 2019: Where do I go to vote, how do I vote and what are the polling station rules? 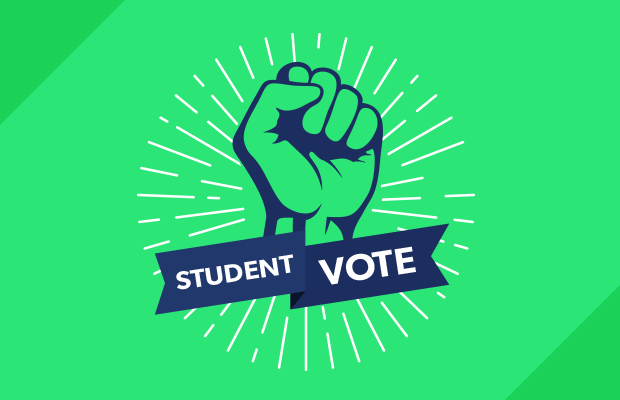 If 12 December is going to be your first time voting in a general election, you may have a ton of questions about how it works. It's all pretty straightforward, but there are some rules you'll need to follow.

Check out our FAQs to find out everything you need to know, or post your question in the comments.

What time are polling stations open?

Polling stations are open from 7am until 10pm on election day.

If you're running late and there's a huge queue when you arrive at the polling station, don't panic – as long as you're in the queue by 10pm, you'll be allowed to vote.

How do I know where to vote?

You'll have been sent a polling card in the post that will tell you the location of your polling station – this is the only polling station that you'll be able to vote at, so don't try going anywhere else. It will probably be in some kind of community building, like a school or a church hall, and it should only be a short distance away from your address.

If you've registered to vote but you've misplaced your polling card, you can enter your postcode into the Electoral Commission website and it will tell you where you need to go on election day.

Do I need to bring any ID?

If you're in England, Scotland or Wales, you won't need to bring anything at all with you. You'll simply tell the staff your name and address, and they'll check you off their list and give you a ballot paper.

If you're in Northern Ireland, you will need to show a form of photo ID.

What happens if I've lost my polling card?

When you show up at your designated polling station, the volunteers working there will have a list of names and addresses – you just need to tell them yours and, as long as you're on the electoral register, they'll give you your ballot paper and show you to a voting booth.

How do I know if I've registered to vote?

If you can't remember whether you're registered to vote and you live in England, Scotland or Wales, you can contact your local Electoral Registration office to find out. If you're in Northern Ireland, you'll need to phone the Electoral Office for Northern Ireland to check.

The deadline to register to vote is always at least 12 working days before an election, so if you haven't registered yet it's too late this time around. Take a look at our guide to registering to vote to make sure you're on the electoral register next time.

If I applied for a postal vote, can I still vote at the polling station?

If you have applied to vote by post, you cannot vote in person at the polling station.

You can fill your postal vote out and drop it off at your polling station on 12 December if you're worried it won't arrive in time by post.

What if I haven't received my postal ballot paper?

You should receive your postal ballot about one week before the election.

If it doesn't arrive, you can get a replacement ballot paper in person from the returning officer at your local electoral registration office before 5pm on 12 December.

Do I need to use a pencil to vote?

You will be provided with a pencil for voting but you can use a pen if you prefer.

How do I fill in the ballot paper?

There will be a polling clerk at the polling station who will show you what to do. There will also be instruction notices in your polling booth. Do not write anything else on your ballot paper or your vote may not be counted. If you make a mistake on your ballot paper, as long as you haven't put it in the ballot box you will be able to get a replacement from the clerks.

Who are the people wearing rosettes asking for my polling number?

On election day volunteers called tellers wait outside polling stations and ask voters for the number on their polling card. They check who has voted so they can remind those who haven't. They are not acting officially so you don't need to give them any information if you don’t want to.

Can I tell anyone who I have voted for?

You're free to talk about your vote as much as you like, but the Electoral Commission have warned against tweeting your vote whilst in the polling station.

What can't you do in a polling station?

How do I decide who to vote for?

If you're not sure who you want to vote for on 12 December, you can take a look at the different parties' manifestos here.

TSR members have also been discussing why they're voting in the general election.

If you're registered to vote from two different addresses, you can use this tool to find out where your vote is more likely to make a difference.

Finally, get involved with the debate in the general election 2019 thread.

Uni offers made so far

All the latest updates

Mum went through my phone

Year 12 and regretting my A-level choices

Poll
How many uni open days have you been to/did you go to?