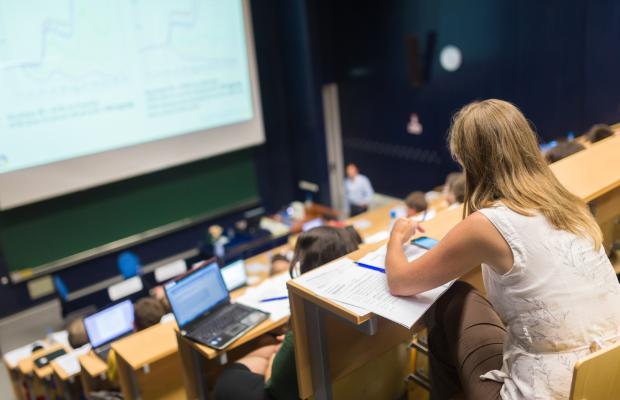 Refunds process should be made easier, but there should not be automatic refunds for all students, say MPs

University students whose education has been negatively impacted by coronavirus should be given government-funded tuition fee refunds, an inquiry by a cross-party group of MPs has found.

The MPs who held the inquiry are members of parliament’s petitions committee. Over the past few months they’ve been speaking with a variety of experts and students to investigate the impact of Covid-19 on university students, before publishing a report covering their findings and recommendations.

In May, as part of its investigation, the petitions committee spoke to University of Liverpool student, Sophie Quinn, who had created a petition asking for tuition fee refunds because of the Covid-19 lockdown and the lecturers’ strikes. During the meeting, Sophie said that she had been left feeling “angry and let down by the quality of this year”.

And the committee’s findings agreed that “if a university has failed to provide the education a student has paid for, the student is entitled to a refund from that university”. However, it was added that refunds should not be automatically given out to all students, as some universities “have made enormous efforts to continue to deliver” their courses.

To help keep the higher education sector afloat, the government “should consider providing additional funding to universities to enable them to pay any refunds university students are entitled to as a result of the Covid-19 outbreak,” the report said.

It also suggested that the government could compensate students in other ways, “such as reducing students loans of students who are entitled to a refund”.

Despite numerous calls for compensation, the government’s stance on tuition fee refunds has previously always been that students won’t get money back as long as they have been given adequate online learning. Anyone who thinks their education has fallen short would have to complain to the Office of the Independent Adjudicator for Higher Education (OIA) if they wanted to get any compensation.

But the petition committee’s inquiry findings said that this process of complaining to the OIA is not “adequate or indeed practicable”.

“Given the scale of the disruption that has been caused by Covid-19 – in addition to the strikes earlier in the year – and the numbers of students who may feel they are entitled to some form of reimbursement, it is not acceptable to expect individual students to seek satisfaction through existing complaints procedures or the courts,” the report said.

Instead, it recommended that  “a new process needs to be put in place,” which would involve the government working with the OIA and the Office for Students (OfS) to create a system for claiming compensation, give clear guidance on who would be able to get a refund or repeat part of their course and make sure that students understand how they can access the process.

“Despite the hard work of lecturers and support staff, some universities have been unable to provide courses in a way that students feel is good value for money,” commented Catherine McKinnell, chair of the petitions committee.

“While we do not consider that a blanket refund for all students is necessarily required, we believe that the government has a role in ensuring any student whose university experience has fallen short is compensated.”

Live Q and A tomorrow!

2 sleeps to go for A/AS Results!

Poll
Should the rest of the UK follow the Scottish Results changes announced?