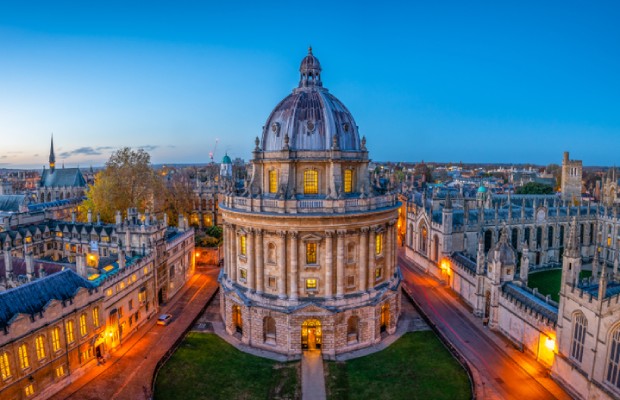 European countries rank well, but competition from Asia heats up

The University of Cambridge has fallen from second place to third place in the Times Higher Education (THE) global rankings 2020, having been overtaken by California Institute of Technology (Caltech), while Oxford bags the top spot once again.

Out of the top 200, European countries provide almost half of the entries, with Europe being the most heavily represented continent overall.

But many European institutions have declined in the rankings, in the face of competition from Asia and the US. China is home to the top two universities in Asia, Tsinghua University and Peking University, for the first time.

Now in its 16th year, the THE ranking includes over 1,300 universities from 92 countries, making it the largest higher education analysis to date.

The University of Oxford tops the ranking for the fourth year in a row. The only other two UK universities in the top 20, aside from Oxford and Cambridge, are Imperial at number 10 and UCL at 15.

In general, the UK faces declines this year, with 18 of its 28 universities in the top 200 having dropped by at least one place since last year.

The US still provides the bulk of the top 10 and top 20, with Stanford, Massachusetts, Princeton, Harvard, Yale and Chicago dominating the top spots.

Switzerland’s frontrunner, ETH Zurich, is the highest-ranked university outside the UK and US in joint 13th place, down from 11th last year.

Germany’s LMU Munich is the second-highest institution in continental Europe, ranking at joint 32nd place, which is the same as last year.

France’s presence in the elite top 200 has increased by one to five, following strong debuts by two newcomers – including the recently-merged University of Paris, which ranks in 130th place, making it the highest new entrant in the ranking.

Overall, European institutions saw a bigger decline in their average ranking than universities in North America. Many universities in Europe have achieved a lower score for citation impact this year.

Phil Baty, THE chief knowledge officer, said: “Europe faces serious challenges when it comes to its performance in global higher education. Increased international competition is clearly a major hurdle, but the twin prongs of economic instability and increasingly isolationist political tendencies on the continent threaten to undermine a great deal of the excellent work done by European universities.

“The best universities around the world are able to attract leading academics by providing generous investment in research and a welcoming environment for people from all walks of life. These qualities must be maintained in European institutions and societies if the continent is to continue to perform well at the top of future university rankings.”

Check out the full results and analysis of the 2020 world rankings on THE.

Poll
How did your Edexcel A-level Economics Paper 1 go?