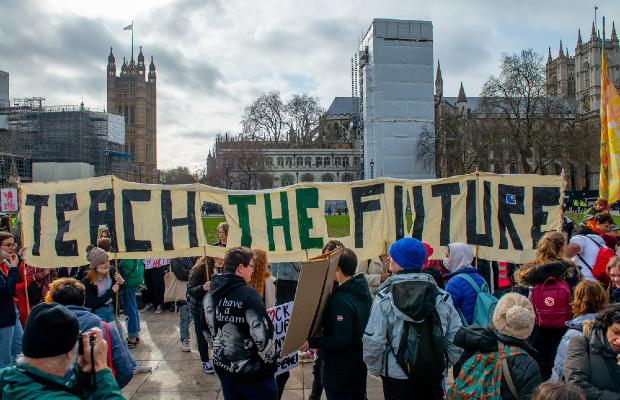 Student campaigners are visiting parliament today to push for change in how the education system deals with climate change.

Teach the Future, which is a youth-led campaign, is calling for six main changes to the education system. These include a government review into how schools are preparing students for the climate emergency, teachers receiving formal training on the ecological crisis and a new Climate Emergency Education Bill.

The group crowdfunded today’s meeting of fifty students with MPs, raising a total of £11,746 in 56 days. The crowdfund was to cover the room hire for the parliamentary reception and the cost of drafting the bill, which is the first ever to be written by students.

Nadia Whittome, who at 24 is the youngest MP in parliament, is hosting the reception, and the students have invited all English MPs to attend.

The group hope to “get MPs on our side” following the meeting, according to a joint statement from partner group Students Organising for Sustainability (SOS-UK) and the NUS.

Sixth-former Joe Brindle, 17, is a founder member of Teach the Future. Speaking to BBC News, he said that “it’s educated people who are causing the most damage to the planet.”

“It’s people with degrees from Oxford and Cambridge who are becoming fossil-fuel chief executives and they are the ones who are causing the most destruction to our world.

“And therefore that shows that education is not succeeding and that our education is broken because education should be creating better people not worse.” 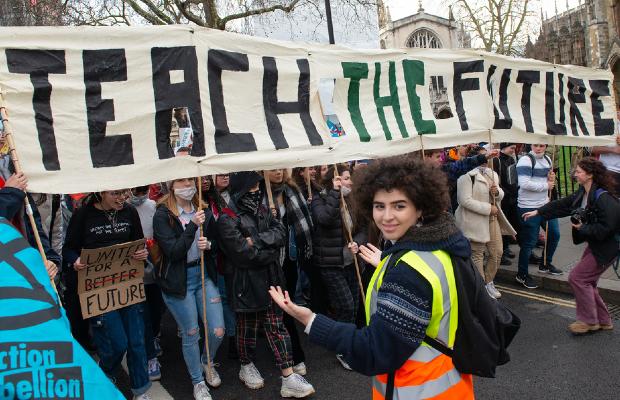 Following news last week that a number of Extinction Rebellion activists were arrested after digging up a Cambridge college’s lawn, TSR members have been sharing their thoughts on climate change activism – and the best ways for campaigners to get their message across.

The majority of TSR respondents (75%) thought that Extinction Rebellion’s latest protest was not effective, even if they agreed with the cause.

OliviaAveyard, on the other hand, says: “XR’s strategy is to use civil disobedience to draw attention to climate change. Climate change activists and scientists have been campaigning peacefully for years but nobody took the slightest bit of notice and nothing significant has been done about it.

“It’s only now that groups like XR have started doing things like this to shock people that people have taken notice and things have started to change.”

TSR member David-Isaac offers ideas for alternative ways to kickstart change, commenting: “The XR think that traditional methods of protest such as picket signs are highly ineffective. And I can understand why. Often, no-one in power listens and a bystander gets arrested.

However, I think there are much more effective and less destructive ways to protest… They could encourage people living in Cambridge to vote for an MP who us actively implementing solutions to climate change. They could encourage the students to pressure those above to invest in renewable energies.”

People are talking about this article Have your say
Article by Tamsyn McLennan on Wednesday 26 February 2020
Last edited by Wilykit on Friday 28 February 2020
Have you seen...?