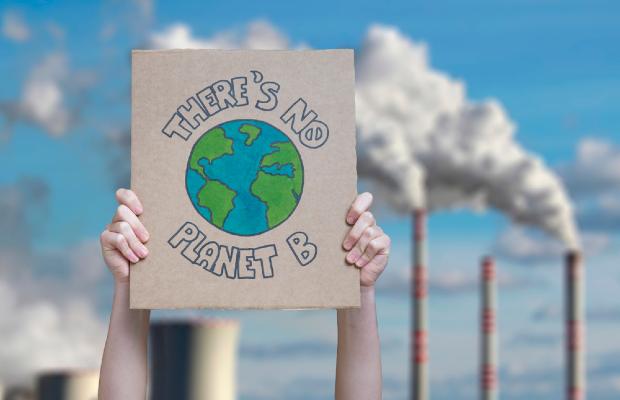 Participants will be able to either protest in person or online

Students around the world have been asked to go on strike from school this Friday 25 September, in the first global youth climate strike to happen since the coronavirus pandemic hit at the beginning of 2020.

The strike will be in support of Mapa, which stands for ‘most affected people and areas’. The group organising the protests, the Greta Thunberg-fronted Fridays for Future, described this as meaning the same thing as the global South, which is itself a replacement for problematic older terms such as the developing world.

Greta Thunberg told the Guardian that “extreme weather driven by the climate crisis is accelerating around the world, and yet we still don’t treat it as a crisis. We are in a global emergency that affects all of us. However, not everyone is suffering its consequences equally.”

“The pandemic has shown us that politicians have the power to act quickly and consistently with the best available science. But not even amid a pandemic is the climate crisis on hold,” said Eric Damien from Fridays for Future Kenya.

“No measures have been taken to lower worldwide greenhouse gas emissions in a sustainable and just manner. The billion-dollar-investments that are now made to tackle the pandemic and its aftermath must be in line with the Paris Agreement,” Damien finished.

The Paris Agreement was agreed by the United Nations Framework Convention on Climate Change – which nearly all the countries in the world are members of. The agreement was designed to help fight climate change, by keeping down global temperature rises.

Anyone taking part in Friday’s action will have the option to either strike in person from 8am until 3pm if it’s safe for them to do so, or to get involved with online protests.

To strike online, participants can post a picture of their protest sign on social media, tagging in the Fridays for Future accounts as well as their head of state or a company that works in carbon, such as Shell or Exxon Mobile.

Either way, students taking part are asked to make the Mapa symbol of solidarity at some point during their strike – if striking online, they can post a picture of themselves doing the gesture. This symbol involves holding both fists together, with thumbs pointing upwards.

Alongside making the symbol, protestors are invited to say the tagline for Mapa or write it as a caption to go with their picture – “They are unheard but not voiceless. They are fighting for their present, not just their future. We will not be prisoners of injustice”.

You can find all the details about how to take part in the protest, whether digitally or in person, on the Fridays for Future website here.

Are you going to strike on Friday? And if so, will you be joining in person or virtually? Let us know in the comments below.

How are you finding uni so far?

Where do you get news from?

Find out the prizes for Grow Your Grades!