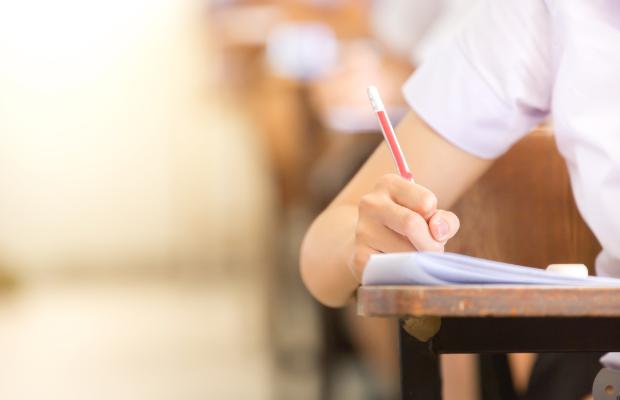 Fri 3 July
Edit: this article reports on the leak of government documents which outline how schools are advised to operate when they reopen in September. This information has since been confirmed by the Department for Education. You can read all the details of the school reopening guidance on the official DfE site.

Schools in England will keep students in year-group bubbles of up to 240 pupils when they reopen to everyone in September,  leaked government documents seen by HuffPost UK have revealed.

Secondary schools have been closed to most students since the end of March because of the coronavirus lockdown, although Year 10s and Year 12s were allowed back from 15 June for some face-to-face support from their teachers – with social distancing measures in place.

And now HuffPost UK has published the government’s leaked plans for getting all years back to school in September. These plans have not been officially confirmed by the government, but the education secretary, Gavin Williamson, is expected to announce them in parliament this Thursday 2 July.

Each year group of secondary school pupils will be kept separate from the other year groups, in their own bubbles of up to eight classes of 30 – or 240 students total – with staggered starting, finishing and break times, HuffPost UK said.

Social distancing guidelines will be relaxed, with students asked to stay one metre apart from each other where they can, the guidance said. Students will be asked to sit facing forwards in the same direction instead of around circular tables, and they won’t wear face masks as they “interfere” with learning.

The 15 June school reopenings to Year 10s and Year 12s have been optional but when schools reopen to everyone in September, attendance will be compulsory again. Parents will have to pay fines if students don’t attend from September, the leaked guidance said.

Schools will be asked to prioritise core subjects, such as English and maths, under the plans. This could involve pausing some subjects for two terms to allow enough time to make sure everyone is properly caught up after the school closures, with all subjects being taught again by the summer term of 2021.

This could mean that some students might have to drop some of their GCSEs in Year 11 to focus on core subjects instead, HuffPost UK reported.

Schools will also have to use the NHS Test and Trace system, and whole classes or year groups could be sent home if a student tests positive for Covid-19, but probably not the entire school.

Responding to the leaked plans for reopening, a Department for Education (DfE) spokesperson commented: “we want to see all children back at school in September – returning to full primary and secondary class sizes in a safe way.

“We continue to engage with school leaders, teaching unions and the wider sector about our plans and will publish full details later this week.”

Should I live at home during uni?

Will I regret it?

If you could recommend one book what would it be?

Get the latest on Clearing 2020 here

How big is the jump from GCSE to A level?

Any worries about Results Day or Clearing?

Poll
How are you finding researching unis for 2021 entry?