Universities under fire for their handling of sex assault complaints 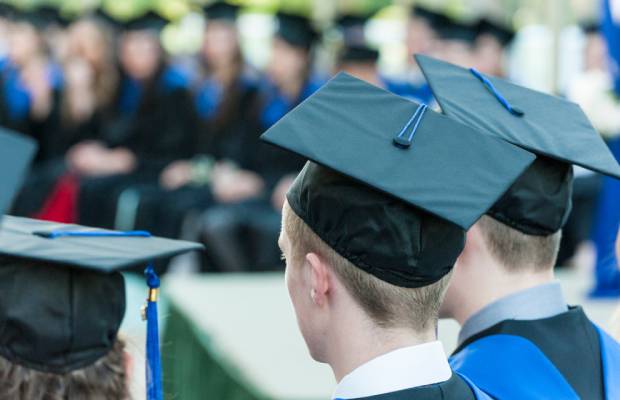 Several universities have been criticised both for the way they investigate and punish those responsible for sex assaults and sexually derogatory messages, and the support they offer victims.

The University of Essex has been accused of "silencing" students who made sex assault complaints.

While the university aims to deal with complaints within 60 day, it took a year it to deal with several cases, and some students have complained about its handling of their reports. It has now apologised to students for the delays.

A Freedom of Information request found four cases in which the university said: "The complainant did not wish to take the matter to the police."

But three students said they now regret not going to the police before alerting the university.

The same male student had been named in four separate complaints made between May and November 2018, the BBC has found.

But three of these allegations – two serious sexual assaults and one of sharing an indecent photograph – have still not had a misconduct hearing.

The apology from the University of Essex comes after a new documentary about the Warwick rape chat scandal has aired on BBC Three.

Last year, Anna and her friend, both students at Warwick, complained about the content of a Facebook group chat where their male friends were talking graphically about raping them and their friends.

As a result, one of the men in the group chat was banned from campus for life, two got 10-year bans and two got one-year bans.

But after appealing the outcome, the two men who were given 10-year bans had them reduced to one-year bans.

Anna and her friend were not kept informed during the process and had to find out about the punishments in the news, and were also concerned that the person investigating the case, Peter Dunn, was also the university’s director of press.

When they made one last attempt to outline their concerns about the investigation, vice chancellor Professor Stuart Croft wrote to them saying he found "no evidence of procedural irregularity or bias" and declared the investigation closed.

The university has never apologised personally to the women, though in a statement released in response to the BBC documentary, Professor Croft said the university wants to “apologise for any part we played in causing distress to members of our community.”

The university’s handling of the case has prompted many students and academics to ask what went so wrong at Warwick.

In February, a student at the University of Sheffield was placed under investigation for “describing women in derogatory sexual terms”, The Independent reported.

At the time, Sheffield Students’ Union’s Feminist Society called for universities to respond more quickly to support students affected by “rape culture, which is what this is”.

Society president Emily Doyland added: “Sheffield needs to look closely at how it will vocally support the students affected and take this as an opportunity to reform their sexual consent education – we need signposting of existing services and a genuine political will to deal with lad culture.”

TSR member farrahblack said that their university “isn’t doing anything” about alleged sexual assaults: “There's someone on my course at uni who has been accused of sexual assault a ridiculous number of times, but nothing seems to be done to stop him.

“The police have been called because of him but he's not been arrested, he was supposed to be banned from the student union club night but he was there a week later. He recently had over five girls report him for sexual assault in one night, and it seems like everyone who's heard of him has a story similar, and no-one feels comfortable in the same room with him anymore.

“But it seems like the university isn't doing anything about it, while a lot of students (myself included) believe he deserves to be expelled.”

In a thread called ‘What's the worst thing about the university you attend/ed?’, Londonmyst said: “The way that the university keeps turning a blind eye to race slurs and other crimes committed on campus.

And anon311016 described how she decided not to report a sexual assault which she suffered at her university: “Earlier this year I was sexually assaulted by a boy on my course. I made the uni wellbeing team aware of this and they referred me to a rape crisis team.

“In the end I made the decision, with their help, not to report it but it obviously affected my ability to work and be in lectures.”

When do A-level results come out?

Changes to grades and assessments announced

Uni students may not return until February

Should you choose a Russell Group uni?