Dates confirmed for A-level and GCSE autumn series of exams 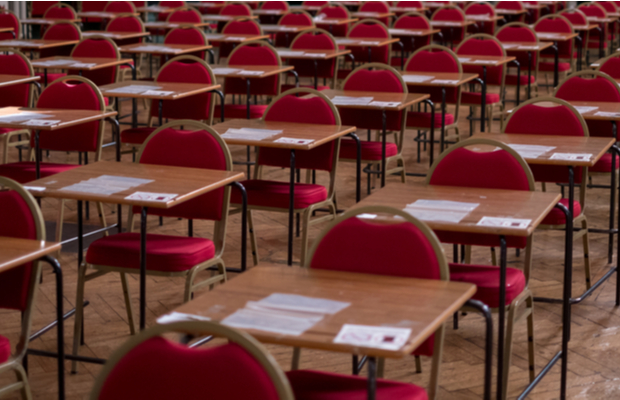 A-levels to run in October; GCSEs in November

The start and end dates of the optional autumn series of GCSE, AS and A-level exams in England have been announced by the UK's exam boards.

A-level and AS exams will start on Monday 5 October and finish on Friday 23 October, the Joint Council for Qualifications (JCQ) has confirmed.

GCSE exams will start on Monday 2 November and finish on Monday 23 November.

The exam dates for specific subjects are yet to be decided. These will be posted on the websites of the exam boards, the JCQ has announced.

The A-level, AS-level and GCSE exams that were due to take place in May and June 2020 were cancelled as part of measures to limit the spread of coronavirus.

If you were due to sit these exams this summer, you will instead be issued with calculated grades. These grades will be based on how your teachers believe you would have done, if you had been able to take the exams.

Anyone unhappy with the calculated grades they receive can register to take the full exams in October and November.

Students who are ineligible for calculated grades (such as some private candidates) can also register for these exams.

The additional autumn exams are entirely optional. They will be available in all subjects (subject to demand) and the exams will be the full versions.

If you want to sit the October series of AS or A-level exams, you must register by Friday 4 September. That is three weeks after A-level results are released on Thursday 13 August.

If you want to sit the November series of GCSE exams (with the exception of English language and maths), you must register by Friday 18 September. That is four weeks after GCSE results are released on Thursday 20 August.

The deadline for registering for GCSE English Language and GCSE Mathematics is Sunday 4 October. These exams already run every year in the autumn, for students who need to retake.

“By the autumn, many young people will have entered further or higher education or started their careers," says Dr Philip Wright, director general of JCQ.

"The autumn series will be available for young people ​for who​m it was not possible to issue a grade or who wish to improve grades ​based on taking an exam.

"Full details on the autumn series will be available shortly from the exam boards.”

More like this: what you need to know about the autumn series of A-level and GCSE exams

Live Q and A on results day eve

Plans if you miss your grades?

One song for your whole life...

Poll
What are you most likely to do if you don't get the grades you were expecting?