Five types of pigeon that are trying to ruin your exam 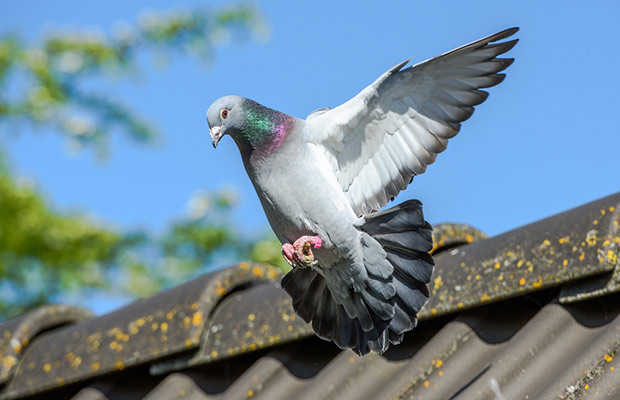 Pigeons have been annoying city dwellers all over the world for centuries, but judging by stories on TSR they might have more sinister plans

It seems like pigeons are causing disruption in exam halls across the UK. Coincidence?

They might not have many resources to their disposal, but that doesn't stop them from trying. And by the sounds of it, they're doing a good job. Here are the types of pigeons that have been wreaking havoc during exams.

“We were meant to start at 9, but at 9:30 we were still just sat there then one of the invigilators from the gym comes in and says they have to evacuate the gym as there's loads of pigeons flying around and they keep ****ting on people and their papers.

"Started the exam 45 minutes late and the college had to explain to each exam board to explain why there was bird **** on all the papers,” says SweetSummerx.

“Last year in my physics exam we were literally just about to start and then some guy like jumped back in his seat because something fell from the ceiling, everyone looked up and there was a pigeon sitting on a beam.

Because the pigeons were crapping everywhere the invigilators kept having to set up extra desks at the back of the hall and making sure no one's paper got **** on it,” recalls sunnyrebecca.

“A pigeon flew in and started making noises and one student got up and shouted '**** you pigeon' '**** YOU,' says Whorace.

"Last week there was a pigeon flying round the exam hall during history and the invigilator kept trying to get it out of the window by lobbing rubbers from the stationary box at it,” says Adam_98.

“Well, pigeons were having sex in our exam and flying around and one crashed into the wall last year in my science exam,” says Cadenisacoolkid.

“Two pigeons were mating straight on for about 2 hrs and everyone knew what was happening, so awks,” remembers chocolatesauce.

“A pigeon flew in through an open window, landed, had some sort of fit and then died in front of everyone,” says Hannahmay01.

“A bird flew into the window of the exam hall, made the loudest bang ever... The examiner just exclaimed 'Don't worry, he's alive,' says Jessjw1109.

“Three to four sparrows attacked one of my friends, one of the sparrows literally got its claws all entangled in her hair. The sparrow was screeching and so was my friend, everyone watched jaw dropped. Invigilators rushed and some guard took the sparrow in hand and freed it outside the hall,” recalls Mind reader.

“We had a visit from the bird that lives in the sports hall roof which tweeted the entire way through the exam. It's a protected species with a nest and everything so we can't get rid of it," says HyruleTenshi.

“Our GCSE Physics exam was postponed for ten mins as two pigeons had got into the examination hall,” explains Loubylou12.

“God we all admired those pigeons as we crammed in extra revision!”

Maybe the pigeons are just trying to help.

Exam and revision articles on The Student Room

Making the most of online study

Any good apps for budgeting?

Tips on getting a uni bursary

Poll
How are you feeling ahead of starting University?