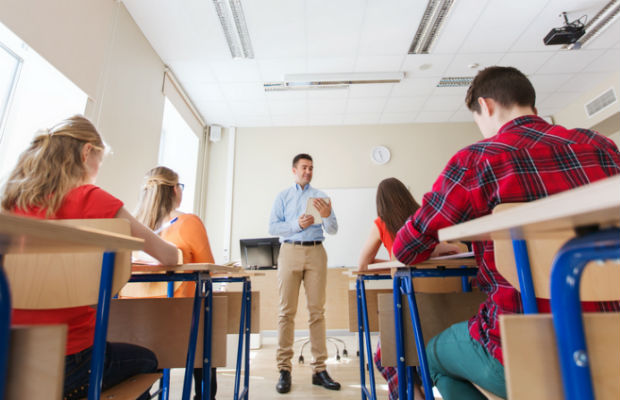 It’s a strange job – watching, checking and handing out papers. Not too demanding, you might think.

But some invigilators bring their own unique style and personality to the job.

Here are the five weirdest types of weird invigilators, according to TSR threads.

This is probably the most annoying breed of invigilators. It's like you haven't got enough problems in an exam; the last thing you need is to be put off by the very people whose job it is to be inconspicuous.

"One of my invigilators started clipping their nails – disgusting," said Marfji.

And Greghayes reminisced about this charming moment between two invigilators: "You know when people sneak up behind someone and sharply grab their sides to make them jump? One invigilator did that to another when she was stood right behind me. She then proceeded to laugh quite loud and started hitting the other invigilator like they were schoolkids in love or something."

It’s a boring job, right? So it’s no surprise when they try to make it more interesting with a few games.

And Jack_Miller revealed that "a teacher in our school admitted they played a game called, 'stand next to the ugliest kid' as well as exam Pacman."

"I've seen our exam invigilators with little pieces of paper which I'm certain is for battleships because they ALL have one during the length of the exam and they're all moving around," said bizzy_penguin.

Rocco123's example takes the prize for the randomest game: "One of our teachers told me that before the exam the invigilators would agree on an animal, and then they would stand by the pupil who looked most like that animal. Makes me paranoid when any invigilator stands next to me in an exam!"

Students and invigilators spend a lot of time just sort of... staring at each other. Relationships can develop.

"I like Melanie, she gives me a cheeky wink mid-exam," said abchadc.

But for Protostar, the attention was unwanted: "My invigilator told me I smelt nice last week as he gave me my formula booklet...Safe to say I felt slightly unnerved during my exam."

They have a job to do – the job really isn’t that hard. You'd think they would be able to manage it just fine.

One of Lemon Haze's invigilators completely disappeared from the room: "We didn't have one half the time so I managed to look up a couple of formulae on my phone for my maths exam."

And bethaniteddy's decided to take a rest, probably oblivious to the distress she was causing: "One of my invigilators just sat slumped in the corner. I got scared and started crying because I thought she had passed away (she was fine)."

But sometimes, they do something that makes you want to scream: "I was told I had 2 hours, but with just over half an hour left, the invigilator came over and said ‘I made a mistake. You've got five minutes to go!’" said Tuffyandtab.

What’s wrong with a little snack during an exam to help maintain your concentration?

"Our invigilators come round with a box of sweets and use tweezers to put one on your table,"  said bliminheck.

And Katzen said: "To ensure we have one of our five a-days, ours force-feed us bananas."

Exam and revision articles on The Student Room

Changes to grades and assessments announced

Uni students may not return until February

Should you choose a Russell Group uni?