Do you miss your gap year? The gap year memories thread.

Sometimes I have passing memories of my gap year and I have a little smile because I think it was one of the best and worst times of my life, it was definitely a year of contradictions! But I do miss it and knowing you can't go back and do another gap year at that tender and innocent age of just 18/19 again!

Mine started out quite depressing because I had decided to take a year between school and university as I had change of heart after results day. The plan was to spend half working and half doing things I wanted to do. I spent about six months working in a shop, but met quite a lot of new people and had a fairly active social life every weekend. It was quite a nice life actually.

Then in March time I handed in my notice at work and made very last minute travel plans and spent six months in the far east travelling round. I got to go to amazing countries like North and South Korea, China, Mongolia, Tibet and Japan. And I'd funded it all, so that felt good.

(1) Getting over the first depressing month, forcing myself to get a job and making new friends and standing on my own two feet.

(2) Travelling up in North Western china with two people I'd met the week before. Just rocking up at hostels in tiny towns in the mountains and hoping they had beds. Probably the most beautiful and peaceful place I went and have the best memories is Dali, Yunnan Province. I WANT TO GO BACK!

So yeh, do you ever miss your gap year? I miss it, and the chance to do absolutely whatever you want and not knowing really how the year could pan out. I miss all the amazing people I met when travelling, the randomness of it all and connecting with people from
0
reply

How long are you going for?

Im starting mine in September

gemini89
Badges: 1
Rep: ?
#4
Report 10 years ago
#4
I loved my gap year (07/08)- I spent the most part in New Zealand (9 months), and also travelled in the USA, Australia and Hong Kong. I too funded it myself...what a great feeling indeed! I gained so much independence and confidence as well as making some really good friends. I had so much freedom on my gap year...I went to Fiji with new friends at a week's notice towards the end of my trip which turned out to be such a great decision.

I'm now about to graduate from University and am looking forward to finally leaving the UK again after 3 years of waiting!! This time it will be for much longer though as I'm pretty much emigrating.

So up until recently I did still miss it/think about the memories a lot, but now I'm going to do bigger and better things so it doesn't matter so much! Will not forget my memories and the good friends I made though - meeting up with some of them this time as well!
0
reply

andrea13
Badges: 0
Rep: ?
#5
Report 10 years ago
#5
I came back from my big trip on monday and now im so depressed! it was literally the best eight weeks of my life so anyone thinking about going, do it! but now that im going to uni i cant quite work up the same excitement... just gotta get planning the next trip!
0
reply

Antifazian
Badges: 16
Rep: ?
#6
Report 10 years ago
#6
I miss it so badly, it's almost painful! I have such amazing memories of it, and it's been thoroughly depressing coming back to the UK again.

I have too many good memories to write about, but just the general feeling of freedom that you have on a gap year is the best. I spent 6 months in Australia , all funded by myself and travelled on my own so it was a really great sense of achievement. Just can't wait for the uni holidays so I can get back out of this country again!

ladyhoot
Badges: 11
Rep: ?
#9
Report 10 years ago
#9
I wish I'd never left...! This time last year I'd just been in India a couple of weeks! I really miss Thailand right now, I could do with a nice nap on the beach and it's positively painful how much I miss diving. Saigon as well- I made some really good friends there, and they were living there as English teachers so I just chilled there for like a month

It's quite depressing knowing I'm stuck at uni and it's YEARS before I can travel again, but I'm holding out hope for a study abroad placement...
0
reply

wutzi
Badges: 0
Rep: ?
#10
Report 10 years ago
#10
Ohhh you guys are really making me look forward to taking a gap year with all these great stories!!!I want to get some volunteering done, perhaps abroad, so I can have a better chance to apply to medicine!
0
reply

(actually I did, I went back to my old job abroad the two summers after!)
0
reply

did anyone go with gap year companies that you recommend? and where to? I'm keen on going to Australia for the year in a working holiday visa!

did anyone go with gap year companies that you recommend? and where to? I'm keen on going to Australia for the year in a working holiday visa!

If you're planning to get a WHV then just apply online yourself and fly over independently...turn up at a hostel in Sydney or Melbourne and meet lots and lots of other people in a similar situation as you. Have a good read on the message boards of sites like gapyear.com for tips on how to get work before you go, but otherwise, just do it!

Oh, and have a good read of this thread here
0
reply

Oh, how I miss this year. Has definitely been the best year of my entire, young life. I was send to Ghana by the German Red Cross (funded by a volunteering scheme implemented by the German government which sponsored the whole thing), where I taught in a Primary and Junior High School and worked for a small NGO.

- Sitting in our NGO's office, playing with Popí, our tame monkey
- Teaching ICT in the computer lab
- Travelling (parts of Ghana and Sierra Leone)
- My best friend I met there, she now studies far away
- The host families of my two friends (also volunteers), playing football with the children, hiding Easter eggs in some ruins etc.

Aaaaah, already shivering when thinking about my visit in the summer

Sir Fox
Badges: 18
Rep: ?
#17
Report 9 years ago
#17
(Original post by marrythenight)
I got to go to amazing countries like North and South Korea, China, Mongolia, Tibet and Japan
Wow, North Korea is a place I am seriously planning to visit. Have read a lot about travelling to this country, the 'guides', how you are hardly allowed to talk to anyone etc. How did you find it? Took some pictures?
0
reply

cdude
Badges: 18
Rep: ?
#19
Report 7 years ago
#19
Want to bump this thread as i'm on my gap year at the moment and hoping to go to Bangladesh/ Philippines with ICS VSO
0
reply

LadyEcliptic
Badges: 20
Rep: ?
#20
Report 7 years ago
#20
Got a job, got a fantastic volunteering role, passed my driving, boosted my confidence, got A's in my chemistry and took up archery

This year, going into my second gap year now 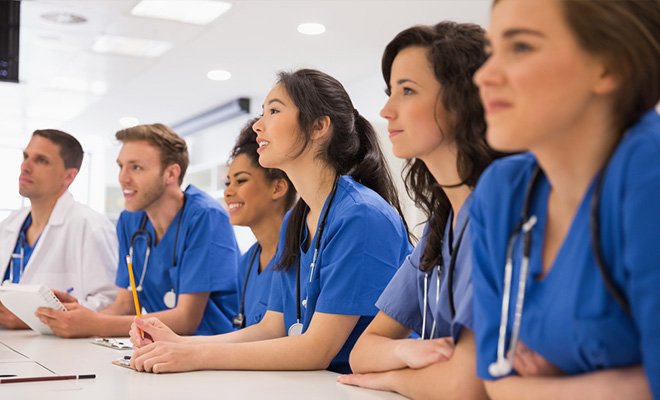