smart cookie
Badges: 8
Rep: ?
#1
Report Thread starter 8 years ago
#1
Hey,
What is the difference between a giant covalent structure, a giant ionic structure and a giant molecular structure. My teacher hasn't explained it well at all.

Harantony
Badges: 10
Rep: ?
#2
Report 8 years ago
#2
Giant Covalent Structures
These are formed when atoms share electrons with each other to form covalent bonds and this forms a large network. Let's look at two different types of covalent bonding.

Simple
Below is an image of covalent bonding in oxygen gas. Looking at the periodic table, we can see that oxygen is in group 6, so has 6 outer electrons. Stable atoms always seek to have a full outer shell and in oxygen's case, this is 8 electrons. This means that two atoms of oxygen can bond together by providing two of their electrons each, creating four shared electrons. Now, looking at the diagram, oxygen has 8 electrons in its outer shell in each atom. 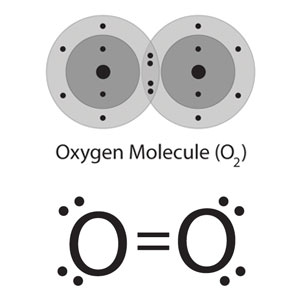 This is a simple covalent molecule, as it is only small. 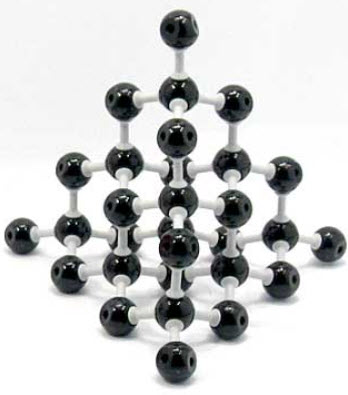 This is a giant covalent structure because it is very large and held by covalent bonds. This structure is in fact commonly known as diamond.

Giant ionic structure
Now to look at a structure like sodium chloride. Atoms of sodium only have one electron in their outer shell, and atoms of chlorine have seven electrons. We know that sodium and chlorine have enough protons (with a positive charge) to balance out the negative electrons. However, sodium wants to lose an electron to gain a full outer shell and chlorine wants to gain one to have an outer shell of 8 electrons. When sodium loses an electron, it becomes positively charged because there are now one too many protons with a positive charge as an electron lost means that the charges are no longer balanced. Chlorine gains an electron from the sodium and so has one too many electrons so has a negative charge. Positive and negative charges attract, so they bonds ionically. Now we can see that there are more positive ions that can attract to the negative chlorine ion and vice versa. They keep attracting to form a giant ionic lattice.

I don't think there's a difference between a giant molecular structure and a giant covalent structure.

Edit: What's with the negative rep? I would like to ask what I have done to rectify the issue