What House are you? (Harry Potter)

Gwindor
Badges: 4
Rep: ?
#1
Report Thread starter 7 years ago
#1
To give a brief summary, Hogwarts School of Witchcraft and Wizardry is made up of four Houses with unique characteristics; Gryffindor (bravery), Slytherin (objectivism), Ravenclaw (intelligence) and Hufflepuff (kindness).

I formerly considered myself to be a Ravenclaw due to my emphasis on knowledge and academics...however at heart I discovered that I'm more of a Hufflepuff than anything else. My passion to show love and kindness to others, to be tolerant to peoples' beliefs, to remain optimistic in my life and to make strong friendship bonds; ultimately led me to becoming a Hufflepuff.

You can take this test to give you an idea of which House you most associate with: http://www.thealmightyguru.com/Revie...uiz-House.html
2
reply

Ice_Fire
Badges: 0
Rep: ?
#2
Report 7 years ago
#2
That test was better than a lot. I got Gryffindor, which I was surprised at!

Jelephant
Badges: 12
Rep: ?
#3
Report 7 years ago
#3
I thought I was going to get Ravenclaw in the Pottermore test, but it put me in Gryffindor... it came down to a coin toss at the end though, dunno if that's significant =P This one has put me in Hufflepuff with my score for Ravenclaw second (13, 11)
0
reply

myusername.
Badges: 3
Rep: ?
#4
Report 7 years ago
#4
I'm a Hufflepuff! I've taken a few quizzes and tests and they've all sorted me into Hufflepuff, including Pottermore.
2
reply

ChocolateMelody
Badges: 19
Rep: ?
#7
Report 7 years ago
#7
I am Ravenclaw on the pottermore test 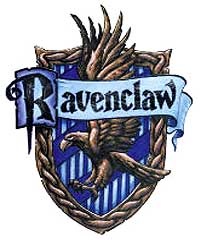 I'm a ravenclaw on both quizzes

cuppa
Badges: 18
Rep: ?
#9
Report 7 years ago
#9
Doing these tests I usually get Ravenclaw or Hufflepuff, and on the Pottermore website I was asked to choose between the two. I chose Ravenclaw, I think. Don't really remember.
0
reply

And people actually want to be Hufflepuff? dear me
https://encyclopediadramatica.se/Hufflepuff
9
reply

Your in-depth results are:

I got 16 ravenclaw, 14 hufflepuff, 7 gryffindor and 6 slytherin

On Pottermore, I'm a Slytherin.
0
reply

FairportSong20
Badges: 0
Rep: ?
#18
Report 7 years ago
#18
I'm Hufflepuff, on this and Pottermore. I wanted to be in either Ravenclaw or Hufflepuff, and my second place on this quiz was Ravenclaw

I see the qualities of Hufflepuff, like being hard-working, kind and dependable, as the most valuable of all, so Hufflepuff is clearly the best!!

I thought I was kind

I think the House suits my personality perfectly (minus all the hate and pure blood racism).
0
reply
X
start new discussion
1
2 3 4
5