Biting and ripping skin around fingers...

faye elizabeth
Badges: 0
Rep: ?
#2
Report 7 years ago
#2
I have exactly the same issue, except I only do it on my thumbs. Mine are a complete mess and i'm so ashamed of the way they look, however I can't stop picking at them! The best way to try and stop doing it is put a layer of cream (something like sudocreme) on the damaged bits of skin and then put plasters over them. I tried this and it does work, however you have to keep applying cream and also resist the urge to pick!
0
reply

I realise how hard it is to stop doing that (ex-nailbiter here lol) but although it seems like such a minor habit it might develop into something major if you don't bring it under control. I'll explain:

1) Appearance: whenever you meet someone new, truth is that sooner or later some people will notice those marks around your fingers and you may not want that kind of attention. More importantly, say you're attending an interview for a big job - where first impressions are REALLY important. The interviewer may (falsely) believe that you're a nervous or unhygienic person (even if you're not). I.e. it may affect your chances of getting a job.

2) Teeth: because I was a constant nail-biter, over time my teeth were misaligned because all that biting day in, day out had put a lot of excess pressure on my teeth - particularly on the right side. When I first got braces several years ago, my dentist even told me that the braces wouldn't fix my teeth irregularities until I stopped biting my nails for good.

3) Health: every time you grab a pen, pick up the TV remote, touch a door handle or shake someone's hand, you are picking up millions of germs. So by biting your fingers (or nails in my case), chances are that eventually you may get a stomach bug or (God forbid) a serious infection!

Basically, try to rid yourself of the habit once and for all. Whenever you feel the temptation, just sit on your hands until the urge passes. You've just got to tell yourself that you have the willpower! Btw only reason I'm saying all this is that I've got a mate with the same issue who continues to do it lol
0
reply

Kalisnoir
Badges: 0
Rep: ?
#4
Report 7 years ago
#4
(Original post by Lanarey)
I've bitten the skin around my fingers for as long as I can remember, I do it more when i'm anxious. Im anxious a lot. Therefore, my fingers are pretty much a total mess.

Does anyone else do this? Does anyone have any tips on how I can stop??

I really think it looks disgusting, but I just cant stop

Seriously, this is my hand on a good day. (Sorry for the pic I know its gross). 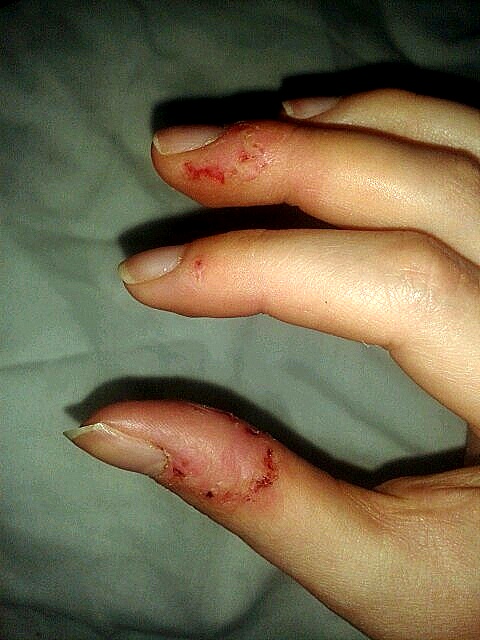 Although I bite the skin around my nails it's not as bad as that. My problem is my nails; my right hand isn't so bad but my left these past few months have become disgusting. I'm quite embarrassed about people seeing my nails but figured it will make you feel better ha. 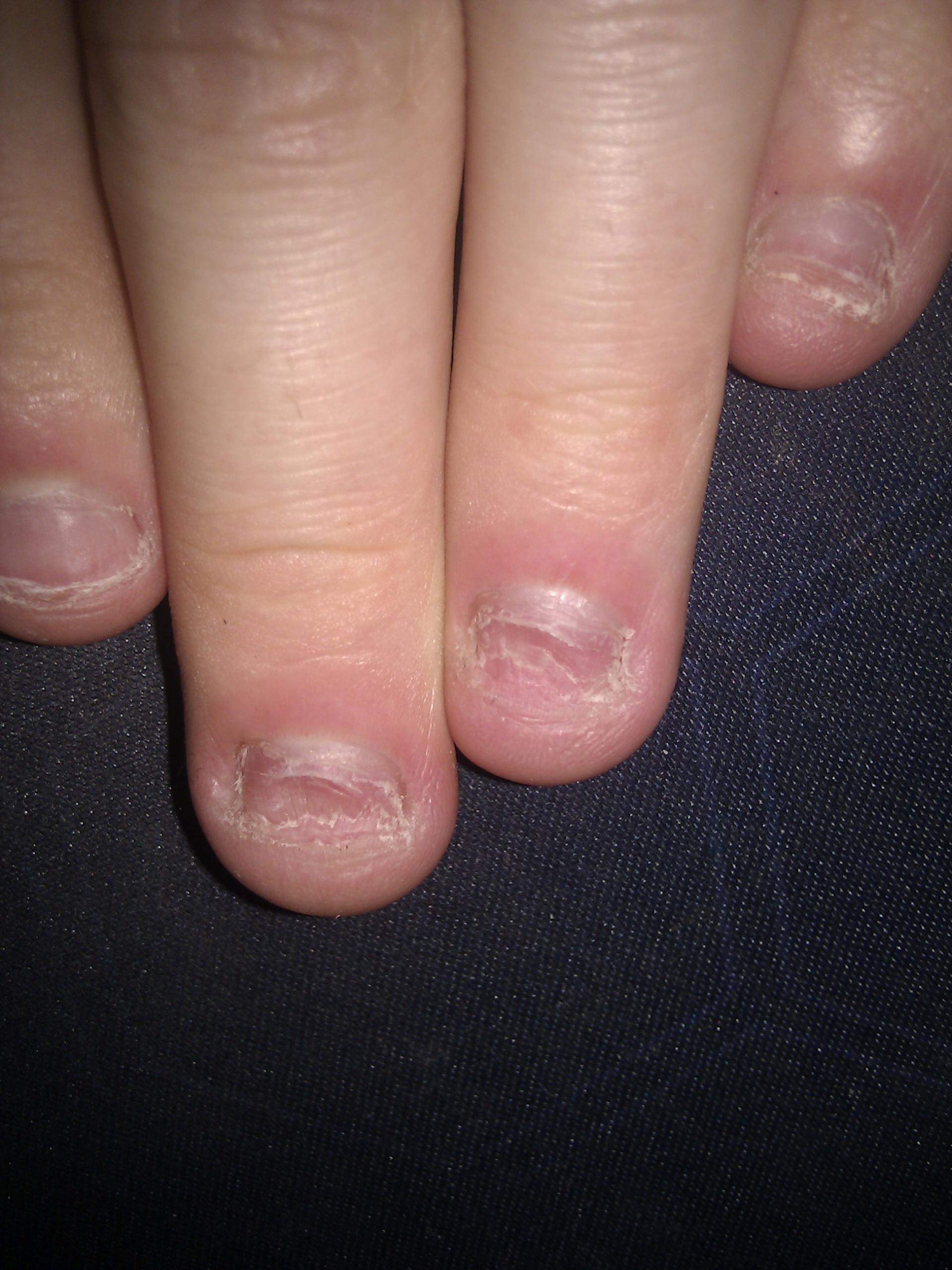 Maid Marian
Badges: 20
#5
Report 7 years ago
#5
I couldn't look at the picture, too squeamish for that

But, I bite the skin on my thumbs. Have done it for absolutely years, as long as I can remember. All I can say is - plasters. Keep them covered up. Put sudocrem on them as well to help them heal.
0
reply

hannxo
Badges: 9
Rep: ?
#6
Report 7 years ago
#6
I have this problem too! Gets so much worse when I'm anxious/nervous/stressed. But what has helped me stop it is the fact I got a job working with food. I had to wear bright blue plasters on every finger which looked really weird and they kept coming off when I washed up and so it was just less hassle to stop picking. I still do it now and then and I even started picking the skin off my boyfriend's fingers lol, but I'm getting better. Find something to do, everytime you have the urge to pull skin, do something else. My friend used to have an elastic band on her wrist and everytime she went to bite her nails, she pings it! It worked though!
0
reply

ForgetMe
Badges: 21
Rep: ?
#7
Report 7 years ago
#7
(Original post by Kalisnoir)
Although I bite the skin around my nails it's not as bad as that. My problem is my nails; my right hand isn't so bad but my left these past few months have become disgusting. I'm quite embarrassed about people seeing my nails but figured it will make you feel better ha.

My nails look similar to yours when I bite them

Elly99
Badges: 0
Rep: ?
#8
Report 5 years ago
#8
I have the exact same problem. My fingers look like yours at there worst. I started with my thumbs then gradually moved to all my other fingers. What has worked for me is this. Bandaids. It literally prevents you from pulling/biting the skin. After I wear those for a few days I'll put on press on nails. This won't prevent you from biting. But I find it takes helps the problem 80 percent. I'll alternate between fake nails and bandaids. Once I trust myself I'll go bare and moisturize. But as soon as I catch myself biting/pulling again I'll IMMEDIATELY put bandaids on.
0
reply

sub.rosa
Badges: 0
Rep: ?
#9
Report 5 years ago
#9
I had this, and also my knuckles weirdly enough. Completely randomly i had hypnosis for a couple of things I wanted to stop and this was one of them. I stopped biting them almost immediately and my hands healed exceptionally well; i thought I'd never have nice fingers again! Just a thought but it completely stopped it for me