Which Machine Learning Msc in the UK

I'm a french student, and I intend to apply either to UCL Msc in Computational Statistics and Machine Learning or Oxford Msc in Applied Statistics of Imperial Msc in Stastistics.

UCL's one seems to be the most relevant, mixing statistics and computer science. Even though Oxford's prestige allures me, I'm concerned about the fact that the course description displays a lot of basic statistical notions I've already thoroughly studied in France. Same with the Imperial Msc. Moreover, these latter two Msc seem very general and very little emphasize machine learning techniques. I'm also concerned by the fact that none of these MSc tackles the algorithmic implementation of statistical methods. Conversely it seems that Msc in computer science, such as Imperial Msc in Advanced Computing, lack strong math.

Can you tell me your opinion on these Msc ? I really what to study good math but I think it is of great importance to know and to tackle the algorithmic challenges which arise when doing real life machine learning.

Do postgrads get a social life?

Pros and cons of postgrad study

How to choose the right Master's

Should you do a Master's?

How to apply for a Master's

punctuation
Badges: 14
Rep: ?
#2
Report 6 years ago
#2
I've heard good things about the UCL one, it seems the most relevant to what you want to do anyway.
0
reply

poohat
Badges: 18
Rep: ?
#3
Report 6 years ago
#3
My personal opinion is that it doesn't matter too much; most (non-theoretical) machine learning is basically indistinguishable from modern applied statistics, particularly at the research level (if you look at any top machine learning conference, 90% of it is just statistics).

If you went on the Imperial MSc course and took the modules on Bayesian Data Analysis, Machine Learning, Graphical Models and maybe Bioinformatics then you would have the background to learn pretty much any machine learning topic you wanted in a weekend/week or so. The Oxford course is probably similar (I haven't checked)

If you have taken a lot of statistics classes already then it might make sense to do the UCL Machine Learning masters just to avoid repeating things you already know, but I would also consider what you would like your CV to say: Machine Learning, or Statistics. They are very similar in practice and are likely to lead to similar career opportunities, but there may be some jobs which would have a slight preference for one or the other.


edit: from a very brief skim of the UCL masters syllabus page, my concern would be whether it was taught as a very large collection of methods or algorithms, without any underlying framework. It looks like they cover a huge number of topics in their core "Supervised Learning" course, so the level of detail afforded to each one is likely to be low. Also, while the core modules look solid, the optional models seem a bit haphazard and I'm not sure whether there are more than 2-3 that most people would want to take (its a shame you can't do all 4 core modules since they are all better than the optional modules - I wonder why that is?). It would probably be a better course if there were more optional modules devoted to 'fundamental' techniques rather than just random topics. There also doesn't seem to be a dedicated statistics module, which is a concern since thats basically the language which underlies most of the other topics, and the lack of any dedicated Bayesian Methods course seems a pretty large omission since so much of the modern machine learning is essentially just bayesian analysis.

edit2: dont interprèt the above paragraph as me recommending the Imperial MSc, because that also has its downsides. While the optional modules look far better than those in the UCL course, most of the core modules are focused on theory/mathematics rather than applications, and are likely to be things you have covered before if you done much statistics as undergrad (probability theory, classical inference, etc). Its a shame you couldn't do the UCL core modules, followed by the Imperial optional modules.
0
reply

If you mean the joint Computational Statistics + ML masters (http://www.csml.ucl.ac.uk/courses/msc_csml/?q=node/2) then this seems perfect, its FAR better than the pure Machine Learning course, and corrects all the problems I mentioned above. In terms of course content alone (i.e. neglecting things like the Oxford brand name on your CV) I would definitely choose that over the Imperial/Oxford MScs.
0
reply

rlkrlk
Badges: 1
Rep: ?
#5
Report Thread starter 6 years ago
#5
Thanks for your very detailed answer poohat ! Do you know anything about practical assignments in these Msc, ie wil I be able to work on the computer science side of statistics/ML ?
0
reply

poohat
Badges: 18
Rep: ?
#6
Report 6 years ago
#6
No, I don't know the details of any of the courses beyond the syllabus pages, and I haven't done any of them.
0
reply

I applied for various machine learning MSc recently (including UCL). I have decided for Edinburgh University. By the way, I also have a stats background.

The reason for going with Edinburgh is very simple: The choize of courses they offer and the final project is 60 credits worth instead of 30 (UCL etc. I think). Here is a list of the Specialist Areas as they call them:

I applied to AI - already got the offer, which I accepted.

If you want to get a feeling of some of the courses, have a look at these lecture video provided by the informatics department ofthe Edinburgh University.

MartinMorrison
Badges: 6
Rep: ?
#8
Report 6 years ago
#8
I strongly recommend also looking at Edinburgh and Cambridge. I'm currently taking ML courses in the Edinburgh masters and it's very fun. The key people here are Iain Murray, Charles Sutton, Amos Storkey, Chris Williams. There are opportunities to learn both ML techniques with strong math fundamentals, as well as explore algorithmic implementations, and so a project with someone great.

I was at Oxford this summer in the Department of Statistics doing some research. Oxford has, in the past few months, hired some key ML people. For example, Yee Whye Teh had just moved from the UCL group to Oxford while i was there and was supervising some bioinformatics research. I was also back a few weeks ago and met Nando de Freita at the Computer Science graduate open day, who also told me he had just been hired and there's a drive at Oxford to recruit new people in ML. This fact was repeated to me several times by some people. There is a possibility that they will soon offer a ML specific Masters, and this is in line with the new mathematics institute that has recently been opened. A new ML group is going to be announced. So I would keep an eye out for some news, because there are some changes going on there. I wouldn't go for the programme you have listed.

The UCL programme is definitely good. What are your goals for afterwards?
0
reply

rlkrlk
Badges: 1
Rep: ?
#9
Report Thread starter 6 years ago
#9
@MartinMorrisson:
Do you think they might open a ML specific Master starting in 2014/2015, because I cannot wait another year to enroll in a Master's degree program. DOn't you think that eventually the MSc in Applied Statistics will be converted into a ML one ?

Afterwards, I do not plan to be a researcher but I'd like to be something like a data scientist.

@NoCommentMan:
I've had a look at Edinburgh Msc, and it seems to me that the MSc Informatics with a focus on Learning from data is the exact equivalent of UCL Msc in Computational Statistics.


I cannot find what are UCL Msc in Computational Statistics and Edinburgh Msc Informatics deadlines. Do you know when it is too late to have a chance to be accepted ?
0
reply

MartinMorrison
Badges: 6
Rep: ?
#10
Report 6 years ago
#10
I think the deadlines for both programmes are quite late. It's the Oxbridge programmes that have early deadlines.

No idea about Oxford, I think it will be a while until a new programme is offered and i don't think that stats programme is going to be changed.
0
reply

rlkrlk
Badges: 1
Rep: ?
#11
Report Thread starter 6 years ago
#11
So if you recommend me not top go for Oxford Msc in Applied Statistics and if they are not to open any time soon a specific ML Msc, is there any other Oxford Msc you would recommend in order to learn the maths which back ML with a good emphasis on algorithmic implementations ?
0
reply

MartinMorrison
Badges: 6
Rep: ?
#12
Report 6 years ago
#12
No, I think in general Oxford is strong in more formal Computer Science (types, logic etc), and weaker in area like Artificial Intelligence, NLP, and ML. They offer only 2 machine learning courses in their MSc Computer science.I think the Edinburgh, Cambridge, and UCL programmes are much stronger for ML and applications.
0
reply

rlkrlk
Badges: 1
Rep: ?
#13
Report Thread starter 6 years ago
#13
Thus you'd recommend Cambridge Msc Computer Science ? Generally speaking I though it was a better idea to go for Msc Statistics rather than CS ones since most of ML theory is satistics, and that the computer science side of ML could be tackled via practical work, but you seem to think the contrary, can you expand a little on this ?
0
reply

thanhtuanvp88
Badges: 1
Rep: ?
#14
Report 2 years ago
#14
Hey guys,
I am interested in MSc machine learning too. Can you recommend me some other universities that are good at machine learning besides UCL, Oxford, Edinburgh, Cambridge?
Thanks
0
reply

Tribulogic
Badges: 12
Rep: ?
#15
Report 4 months ago
#15
(Original post by thanhtuanvp88)
Hey guys,
I am interested in MSc machine learning too. Can you recommend me some other universities that are good at machine learning besides UCL, Oxford, Edinburgh, Cambridge?
Thanks
Imperial, Surrey, Nottingham
0
reply 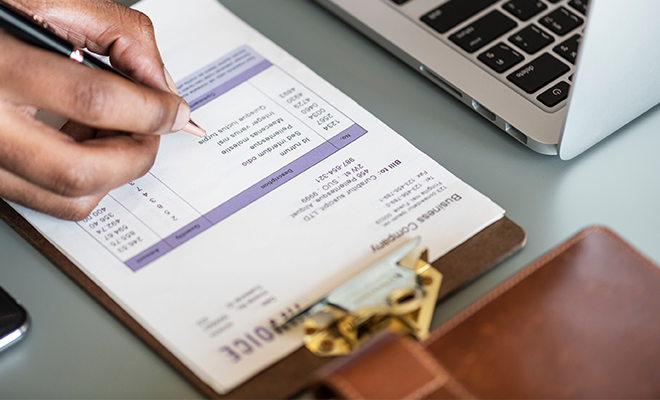 Pros and cons of going postgrad