What is your favourite Indie game?

Live video Q and A with UCAS and Ofqual - 6th August at 3pm! Ask a question here >>

Who?Knows
Badges: 6
Rep: ?
#1
Report Thread starter 6 years ago
#1
The indie games I've purchased have been some of the most fun of all my game purchases. Some highlights:

Welsh_insomniac
Badges: 14
Rep: ?
#2
Report 6 years ago
#2
To the Moon made me smile a lot, laugh just as much and brought me to tears. I have to insist that everyone spends a day of their life to play this game. Its a work of art!

The Stanley Parable is fantastic too.
1
reply

noggins
Badges: 19
Rep: ?
#4
Report 6 years ago
#4
Retro City Rampage. Probably because I'm the right age to spot almost every reference they put in there and it's just a lot of fun to play and mess about with.

Sine Mora. Pretty good addition to the side-scrolling shooter genre and the visuals are superb
0
reply

ozzyoscy
Badges: 21
Rep: ?
#5
Report 6 years ago
#5
Microbot is the only arcade/indie game I've liked. It's a sort of shooter, but set inside a human body. Probably doesn't count as an indie game because it was published by EA, but the demo at least is worth playing. 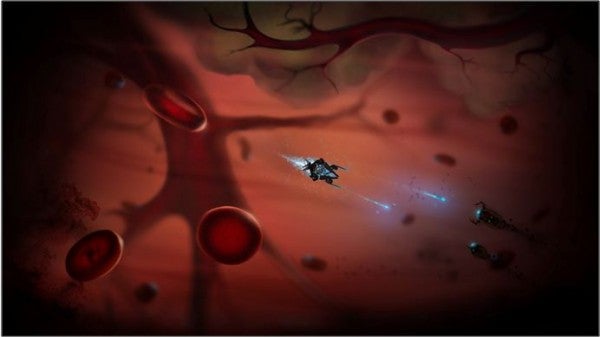 Tom_green_day
Badges: 15
Rep: ?
#6
Report 6 years ago
#6
Am I boring for saying Minecraft? If not that, FTL or Binding of Isaac or Spelunky.
0
reply

Chivarable
Badges: 0
Rep: ?
#7
Report 6 years ago
#7
(Original post by Tom_green_day)
Am I boring for saying Minecraft? If not that, FTL or Binding of Isaac or Spelunky.
I'd hardly class Minecraft as Indie anymore,but definitely agree with FTL and Binding of Isaac.
Also, Terraria and Mount & Blade: Warband
0
reply

Papo and Yo - very good - the quiet build of epicness to what is a decently sized game should not be missed by both lovers of emotional tales and lovers of easy going spacial puzzles (mainly pulling switches and putting huge building blocks in place to create impressively sized kinds of pieces of art that help you progress) in my opinion. No reason for it not be regarded as somewhere up there with Limbo and The Unfinished Swan although bear in mind that Papo and Yo is a game that deliberately, relentlessly, angers you in places as part of its story. A touch of screen tearing when turning on the spot made critics far too picky about it as if the makers were charging AAA game prices. The graphics are nicely done - the monster's leathery skin is very detailed. And the ending is moving.

Limbo - a lot has been written about Limbo. What I'd like to add is that, as long as you have a subtle enough television, the gradations of shadows and subtle smoke / lighting effects in this game are a beautiful icing on the cake for me. And the ending always moves me, even though it's so simple and doesn't milk it. Don't be tempted to think that it's any replacement for playing 3D indie games though - they are a different kettle of fish.

The Unfinished Swan - watching a first time player of this game must be one of the most satisfying experiences. It's all white and you slowly open up a fairy tale of a game. It's all that's best about Sony indie games and it actually doesn't rely too much on sentiment (or battle) unlike some of the others. If you only played 1 Sony indie game this generation it would be tough to justify leaving this off for the novelty of it. It's even possible to get quite lost and puzzled about what's going on later on- it all goes a little bit Bioshock Infinite for me.

Rain - Arguably not quite as 'must play' as the above as it feels more like playing a souped up, albeit artsy, PS2 era game whereas the 3 above are very fresh and modern experiences. However Rain will appeal to lovers of France for its setting and music. The ending is... OK but with all those M Escher type settings they still make Rain what it was throughout - a relatively linear, easy to work out, experience. No room for your own creativity in this game really, just enjoying a simple story simply told. I do wonder whether Contrast that has since been released feels like a companion piece to Rain however I am waiting for it to come down below the £10 mark.

I haven't played Journey. I don't particularly like the faceless burkah concept.

Did you get the SQA results you wanted today?