Live video Q and A with UCAS and Ofqual - 6th August at 3pm! Ask a question here >>

andrew2209
Badges: 10
Rep: ?
#22
Report 6 years ago
#22
Dom Poleon of Leeds. Pretty much the main reason why Watford failed to win promotion, by shoving one of our players at full speed into our advancing goalkeeper, knocking out our goalkeeper.
0
reply

Walcott - he was a nice and a little shy guy who is now surrounded by lots of sycophants so feels he has to pretend to be the "cool" guy who is approachable and funny - well let me put it to you, you are just not naturally cool or funny, so just go back to being nice, because there was nothing wrong with that. Sometimes I think Sczesny is similar (if you watch interviews of him), but he pulls it off better.

Wilshere - too dramatic; so you "care", how nice, yawn.

Actually make that all the young footballers who clearly do stuff for show, or for the attention. I'd prefer it if they all just knuckled down and aspired to be hard working instead of "cool". To be fair to them they'll probably grow out of it (well, except Frimpong).
0
reply

The Assassin
Badges: 18
Rep: ?
#24
Report 6 years ago
#24
(Original post by Zürich)
any footballer who uses his own name as a verb before making his debut is a joke 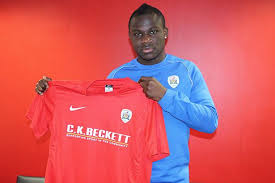 loves it
Lmao. Looking at his twitter n stuff as well he doesn't seem to give a **** either. Guy needs to focus on his career ffs; he's lucky someone actually wanted to buy him!

llys
Badges: 17
Rep: ?
#25
Report 6 years ago
#25
(Original post by The Assassin)
Wenger would probs prefer to play a youth team player than him in midfield
Not just Wenger. I hope we never see him again in the PL.

Manbeerpig
Badges: 0
Rep: ?
#26
Report 6 years ago
#26
(Original post by cel93)
Am trying to think who you a referring to when you say biscuits.
busquets
0
reply

yosolo123
Badges: 0
Rep: ?
#28
Report 6 years ago
#28
Luis Suarez class footballer, but I can't forgive him for that handball at South Africa. Ghana were gonna do a madness.

bluester
Badges: 11
Rep: ?
#30
Report 6 years ago
#30
anyone who throws themselves to ground at little contact and rolls around like they've just been shot.......

mojojojo101
Badges: 17
Rep: ?
#31
Report 6 years ago
#31
Scott Parker, terrible player and the target of such undeserving praise it's ridiculous. Has to be one of the worst players ever to put on an England shirt.
0
reply

loves it
He looks absolutely delighted to have signed

Old_Simon
Badges: 12
Rep: ?
#33
Report 6 years ago
#33
Rooney. Always been up himself since he was a kid. Should be sold to Chelsea. He is on the sick more than any player in the PL.
0
reply

After he signed he put up a mesage on instagram of ''How am I gonna draw girls now?''

manchesterunited15
Badges: 0
Rep: ?
#36
Report 6 years ago
#36
(Original post by mojojojo101)
Scott Parker, terrible player and the target of such undeserving praise it's ridiculous. Has to be one of the worst players ever to put on an England shirt.
Harsh to dislike someone for that, its not his fault
0
reply

Mourinho<3
Badges: 5
Rep: ?
#40
Report 6 years ago
#40
GK-Hart-success of England caps, just a few in the grand scheme of things and a few years for city got to his head and he just seems a bit of a flash git to be honest. Hard to dislike keepers really but I just find him cocky.
LB-Buttner-how did this joker get to play for United with regularity? They paid actual money for him? Baffles me.
CB-Rio Ferdinand. Annoys me on twitter with all the bull he comes out with. I don't even follow him but still end up hearing about it.
CB-David Luiz-play acting annoys me. Getting people sent off etc.
RB-Dani Alves-see 1.33 in video. Busqeuts also in this if you watch the whole video.
http://www.youtube.com/watch?v=pn2Brk8It84
I mean he was stretchered off for not even being touched.

DM-Busquets-any football fan knows why. He features in the above video.
CM-Barton-anyone unfamiliar with him and his family just wikipedia him. Disgrace and complete scum over all his red cards, threatening to refuse to play for QPR etc. Complete scum but rich scum due to footballer wages. Criticising Gareth Barry for being a better player than him etc etc.
CM-

LW-Neymar. Him and Alves are both diving cheating tools.
RW-Luis Suarez. Enjoys being a complete ****. And Liverpool support him through it "justice for Suarez

". Showed the club up-well probably showed the true nature of their fans and club but anyway. Handballs, biting, dives so much he thinks the pitch is a swimming pool-class act.
CF-Tevez. Golf holiday for 4 months. Then City took him back-both have no class and were perfect for each other.


BENCH;
Huth and Shawcross-the number of dirty tackles these guys have got away with pisses me off no end.

Delap-that he, as an outfield footballer, was more known for using his hands than feet says enough. A professional guy-but this is football. Not entertaining for me in that he epitimised the Stoke and Pulis boring style. I like direct-but Pulis could have coached the rugby sides playing today.

Gerrard-don't know why. Just does.

Ashley Young & Welbeck-diving. Other players, not just Welbeck, go down easily when the keeper comes out but he has done it too many times for my liking.

Ballotelli-childish, unprofessional. Not the kind of guy who deserves to be a millionaire teenager.

Adebayor-great player. Then loses interest in playing after about 5 games and is purely motivated by money it seems. Talented but so content with just collecting his paycheck once he makes the big pay.
Ibra-too big an ego for me. Talented, outrageously so, but I personally don't like egos. Love him or hate him kind of guy-I can see why many love him but for me no.

All those involved in match fixing-DJ Campbell etc as well as Italians.

Di Canio for being a hypocrite and general nutter, Mourinho for being a eye poking do anything to win, unsporting tool, Pardew for his many dickish acts (Pellegrini/Wenger pushing refs then brushes it off as a joke etc), AVB & Moyes for not learning from their mistakes (AVB man management and the high line not being suitable for some teams, Moyes for still trying long ball always cross it football despite having small!! technicall!!! players, for playing Smalling at RB, Valencia loads despite all him doing is running past the full back before waiting for him to catch up then whack it at his shins, Fellaini, not playing Hernandez enough despite his goals ratio, he is just showing no improvement I could go on but a pretty poor manager IMO) are the managers I would interview for this team.
0
reply
X
start new discussion
1
2 3 4 5

How will you be receiving your results?