Economist
Badges: 11
Rep: ?
#30461
Report 15 years ago
#30461
(Original post by ZJuwelH)
A word on the arch-nemesis Arsenal: they are on a decline. They are too full of foreigners for any proper team spirit to manifest itself, and they have no solution to the absence of the wonderful Thierry Henry. But come the close season they will have much to look forward to, with a new stadium and a potent threat in Robin van Persie. They could do with a centre-back, perhaps as captain.
I wouldnt say we are on the decline personally. We have struggled at times this year but it doesnt come as a great surprise after losing such an influential captain. 'they have no solution to the absence of the wonderful Thierry Henry'. We did have a rough patch earlier this season without him but last year we coped well when he was out. Most noteably the best performance last year by any team in our demolishing of Everton 7-0. Everyone misses their best player but having no direct replacement is not the reason why we arnt performing. I dont agree with you saying that we dont have team spirit either although it would be good if we had someone with some true grit.
Our main frailty is in the defence. I dont think we need any replacements but just a bit of orgnisation. Campbell has been off form recently but on their own we have 3 class centre-backs and I can see a future captain in Senderos. He should be in the team imo and we didnt concede a goal for around 10 games at the end of last season when has got a run in the team.
The positive thing is that we have money to spend. We made money over the summer despite having a lot to spend. We have been playing better recently and with Hleb returning things were looking good until earlier today which I understand was the result of a couple of defensive shockers. I hope we do buy in January, a decent midfielder and a top class striker preferably but I shall wait and see.

If anyone is on the decline though it is Man Utd. Struggling to qualify in the champions league for the first time in ages.
0

Shame Arteta and Cahill are also out for us though..

fernando
Badges: 1
Rep: ?
#30464
Report 15 years ago
#30464
Beckham sent off for Madrid for tackle on Getafe player, argues with Getafe bench as he walks into tunnel
0

non-centrally acting
Badges: 11
Rep: ?
#30465
Report 15 years ago
#30465
(Original post by ZJuwelH)
Benfica is a must win, and if the squad were a couple of years more experienced I'd have no nerves about them winning. But now it's a lottery and the team need to demonstrate the quality and character that has always defined United. I think Keane will go to Celtic as planned, wherever it is I wish him the best. As thankful as I am for all he did for us, I'm not upset he left. For one I thought that the sooner he left the sooner we could adjust to life without him. For another I believe he's damaged goods. And thirdly, there was a case for asking him to stay at the club as captain and maybe fourth- or fifth-choice centre-back, until the famous MUTV rant.One more note on the Keane thing: the solution is not as easy as finding a replacement, the departure of someone so important demands a change of system rather than just personell. United need a new method of football, we can't rely on the box-to-box midfielders we don't have anymore.
i understand what you're saying about it being better for keane to leave now, but i think that im still shocked because it was unexpected. i hope he doesnt go to another premiership side cos then he'll probably end up scoring against us! i think people got carried away when they used to say stuff like him being manager etc etc. his famous rant (that was never broadcasted!) was probably the final straw for the powers that be at united.

our performances in europe have been below par, we just cant seem to find the net! i think we need to adapt our style of football in europe, i hate it when we never pressurise the opposition when they have possession. we dont have to desire to win the ball back, i think that fergie should let park start the game and leave fletcher on the bench. fletcher is error prone and doesnt make good use of possession.

i reckon that arsenal have tried to keep there style of football the same after players have left, thats why theyve not been playing well recently. but i think that united wont make the same mistake (hopefully!). i was shocked when i heard gary neville didnt play against portmouth

Economist
Badges: 11
Rep: ?
#30466
Report 15 years ago
#30466
Just seen the Arsenal - Bolton highlights. Our defence was ******* **** right from the start. Cygan cant play CB so why Wenger played him LB again ill never know. He is at best Championship standard. Gave away a free kick which led to the first goal. Shocking. But he wasnt the only one, there was no confidence and no one took responsibility and we were second best far too much from set pieces. Midfield was poor and out-bossed for the most part and as a result didnt give the forwards much chance even though Henry almost created two goals out of nothing.
I dont know how Faye stayed on the pitch. Booked correctly and then proceeds to lunge two footed into Cygan. It's a shame he didnt break his leg but thats not the point. All this before deliberatly hand-balling. As for Diouf, what a ****.
0 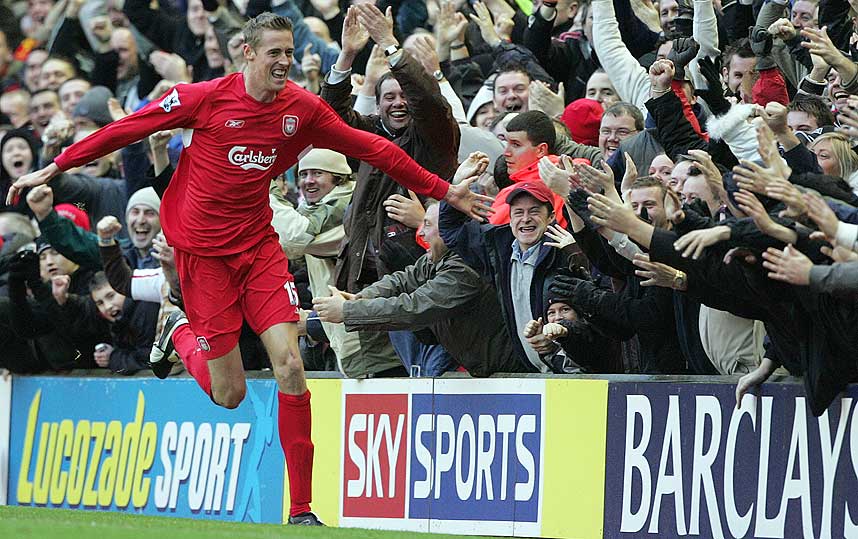 non-centrally acting
Badges: 11
Rep: ?
#30474
Report 15 years ago
#30474
(Original post by oblivious)
millwall vs everton, i suspect the millwall fans will be pretty friendly and there won't be any trouble
does denis wise still play for them?
0

i hate that damn guy