thinker123
Badges: 0
Rep: ?
#1
Report Thread starter 5 years ago
#1
People claim they don't need religion because the world is modern now. They do so to justify adultery, infidelity and what not.

But when people seek the explanation of why women are "gold diggers" and why men are weak to sex, they then explain that human has been like that since the beginning, it's in their genes. They say, women do gold digging because they seek a provider for their kids, and men want sex to spread their own genes. They say this mentality was there since the beginning of mankind and till today it didn't change.

So, that means they are trying to mean men and women biologically and behaviourally didn't change at all.

Isn't this a paradox? In one case you claim human society has evolved, they don't need religion, but on another case they claims humans actually didn't change!

Why is this two faced mentality?

Disclaimer : I'm not here to debate religion is needed or not, I'm here to ask on why is this paradoxical mentality.
0
reply 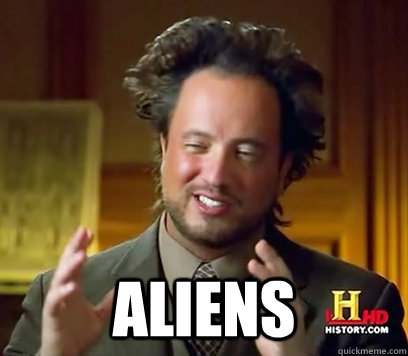 anosmianAcrimony
Badges: 20
Rep: ?
#4
Report 5 years ago
#4
Firstly I'd like to criticise a few of your starting points. The vast majority of people in the world still believe that they need religion, even in the modern world. Many of those who don't believe that religion is necessary hold that belief because they look at the effects religion has had in the world (the numerous wars, what it tends to do to heretics and apostates) and decide that it is a force for evil, rather than good - a reasonable position! It certainly isn't all about justifying sexual deviance.

In addition, the points you raise about the dichotomy of sexual behaviour and mental programming between males and females doesn't have much to do with "gold digging". "Gold digging", as I understand it, is when a woman enters a romantic relationship with a man for the express purpose of being able to spend the man's money. The evolutionary programming that you describe is usually used to explain why females tend to look for stability and long-term partners in their sexual relationships, and males instead tend towards having many short-term partners.

Finally, I don't see any paradox in saying that human society has evolved while the instincts that our ancestral environment has conferred on us have stayed the same. The way we deal with and act out those instincts has certainly changed. We as a species have prevented ourselves from following the worst of those instincts by establishing the rule of law, for example.
0
reply