Who would win in a fight Gandalf vs Dumbledore ? 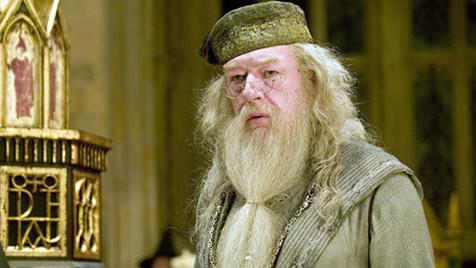 CherryWine
Badges: 14
Rep: ?
#4
Report 6 years ago
#4
Isn't Gandalf immortal? He'd probably have more fighting experience so my money's on him.
1

anosmianAcrimony
Badges: 20
Rep: ?
#5
Report 6 years ago
#5
My bet is on Gandalf. Dumbledore is an awfully clever and magical guy, but as the below video explains, Gandalf was created and his power bestowed by the beings that created Middle Earth, and so he's more like a sort of minor angel, putting him on an entirely different level.

That said, the fight would almost certainly never happen, since they'd be basically on the same side in any given situation.

Al-farhan
Badges: 20
Rep: ?
#6
Report 6 years ago
#6
Gandalf obviously.
Would Dumbledore survive facing off with a balrog? I doubt it.

Can Gandalf cast magic without his staff? Dumbledore knocks his staff out of his hand and he kills him BOOM BOOM BOOM. Gandalf can't do the same because Dumbledore doesn't need a wand to cast spells HAHA!

Avada Kedavra: "When cast successfully on a living person or creature, the curse causes instantaneous death." "one may dodge the green bolt, block it with a physical barrier or by the use of Priori Incantatem. The Killing Curse is an "unblockable" curse, thus Shield Charms won't defend against it."

If one cast hits Gandalf, he's now Gandalf the Dead.
0

Folion
Badges: 15
Rep: ?
#8
Report 6 years ago
#8
AFAIK Gandalf said "you shall not pass" only once whereas Dumbledore, as a teacher, has probably said the same to several students.

Gandalf, remember, is from the Maiar, the same essence of Sauron and the Balrog and Gandalf in his Human most commonly portrayed from is restricted as is stated in the book of unfinished tales in the chapter of the Istari. Gandalfs purpose was not to take on Sauron directly.

Restricted to the form he was throughout his stay on Middle Earth i'd say it's pretty clear that Dumbledore magic would defeat Gandalfs (as far as you can compare the two (and providing that Eru isn't just going to send him back more badass(It's really impossible to tell))).

Dumbledore, awesome wizard, but his powers cone from a magic stick.

Arkasia
Badges: 19
Rep: ?
#11
Report 6 years ago
#11
Dumbledore is a quirky old nutcase who got weak-kneed at the thought of Grindlewald's 'wand'. Gandalf is essentially a roided-up angel.
0

Dumbledore, awesome wizard, but his powers cone from a magic stick.

Sorry Albus, but Gandalf wins by miles.
Well actually, Dumbledore and quite a few other wizards can cast wandless magic... the wand just augments the spells strength I'm sure
0

Are you tempted to change your firm university choice on A-level results day?