Find out which party most closely matches your views

shooks
Badges: 19
Rep: ?
#1
Report Thread starter 5 years ago
#1
We've teamed up with Bite the Ballot on this great voting tool. Tell it your views on the key policy areas and it shows you which party best represents you.

It's designed for mobile, but it works on your desktop too - try it here: Which party matches your views?

Mine came out as a best match with Labour - but only just! I'm even 18% UKIP, apparently...

What does yours come up with? Really, I'm more LibDem in principle (coming from a working class/lower-middle immigrant family). While I do think that some of the Green Party's policies are overly-optimistic, a lot of it is evidence-based and/or common sense politics.

EDIT: It'd be interesting if people also posted their socio-economic background with their results...
2
reply 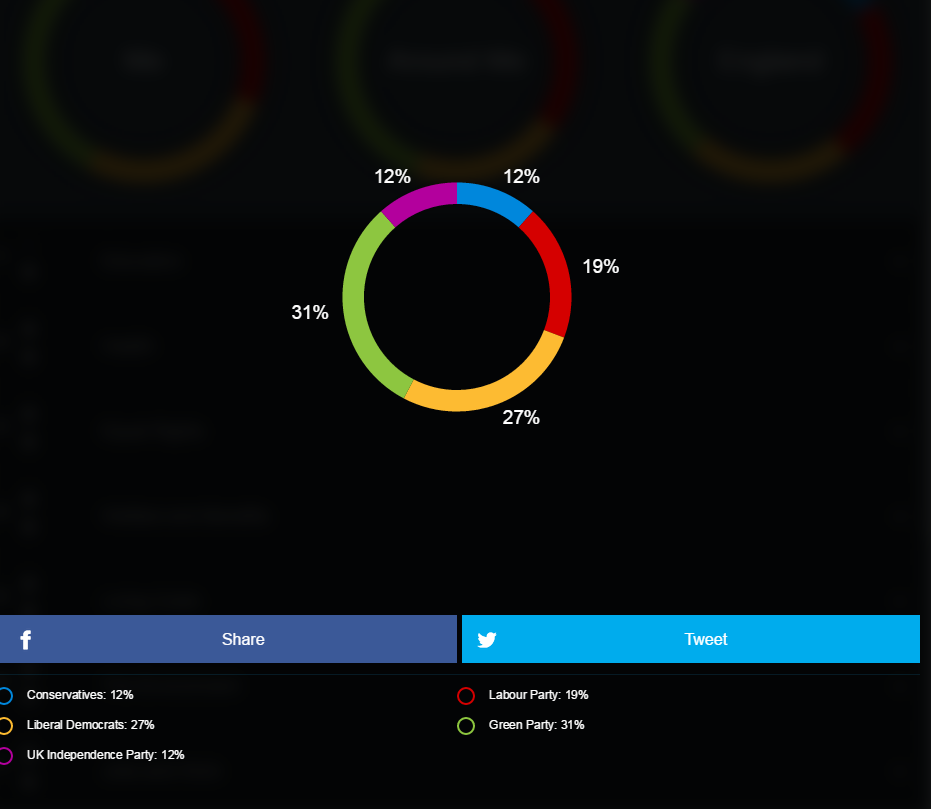 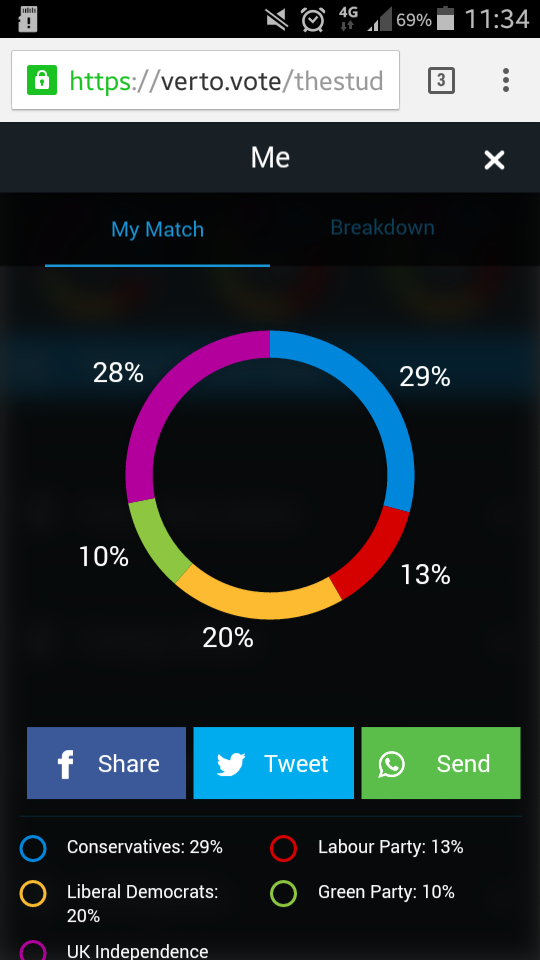 Would definitely vote UKIP if I could

username1862217
Badges: 15
Rep: ?
#8
Report 5 years ago
#8
http://i.imgur.com/uZdpEMP.png EEK. Everyone's going to hate me. Although I am torn between the Conservatives and not voting. I don't really want UKIP in power but some of their policies are quite good. It's just that some of the other policies UKIP has are horrible...
4
reply Seems about right for me.
0
reply driftawaay
Badges: 3
Rep: ?
#14
Report 5 years ago
#14
I got Green. While I do agree with the vast majority of the Green's ideology, I don't think I would vote for them at the moment.. stuff like give everyone free money regardless of what they earn.. a bit a utopia isnt it. and legalizing being a member of a terrorist group etc...Natalie Bennett isnt doing them any favors, she isnt a very good leader.
0
reply


No surprise there to be honest. I'll be voting Labour in my constituency.
1
reply

Can't say I'd vote green in the foreseeable future - an environmental concern group who base their policies on pseudoscientific fearmongering is a waste of a vote and will be a waste of time and money.
0
reply

Will probably end up voting Green but they do have some stupid policies.
0
reply

Surprised UKIP was so high, I expected the others to come out very similar as that has happened a lot before.
0
reply
X
start new discussion
1
2 3 4 5

How are you finding researching unis for 2021 entry?