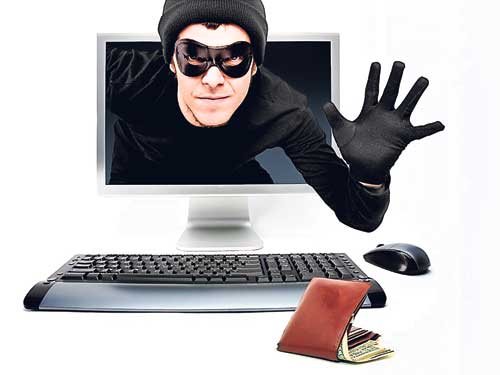 I just read this report from China Scam Patrol and realized these are not two separate companies but the same one!

Maybe by now they are using another name so if someone spots a new name for the same thing, please post it here. Basically you all need to know that the real China internships are all free and if anyone asks you to pay money for a job or internship in China.
1
reply

Can you please stop promoting those scam Wordpress blogs "China Scam Patrol" even don't have any legal registration. Who believe all that??? And Student room support all this scam activity...
0
reply

Galaxian
Badges: 1
Rep: ?
#4
Report 5 years ago
#4
Gi2c is not owned by Chinese but a Russian guy named Yuri who just lives and hides in China where he cannot be prosecuted by the UK coppers. You can see his photo here in the first thread below:http://www.scam.com/showthread.php?6...rsity-students
http://www.realscam.com/f8/warning-g...t-pricey-3928/

A lot of foreign scam artists use China as their base of operations with call centers in other countries to confuse the legal jurisdictions. Gi2c operated call centers in Pakistan since 2013 and make their customers send their payments to Hong Kong, while their office is in Beijing! Even if Gi2c was not a fraud, China internships were outlawed for most foreigners in 2013, and the only ones still legal in China require that you get a special certification letter from the PSB before you apply for your visa as per this newsbit here: http://www.balglobal.com/News/NewsDe...-Students.aspx
1
reply

I have been laid up healing from an accident in a leg cast so I have spent a lot of time on line lately. I saw this link at another site http://eslwatch.info/forum/china/167-up ... n.html#496 and found it hard to believe that any company would claim to be "partners" with big name universities if they were not. So I decided to call a few and check myself. So I started with Duke and was connected with the international office after I explained why I was calling. They said they had no idea what Gi2c is and they said they searched their entire Duke database and found no reference nor cooperation in file.

Rutgers was next on my list and they were downright pissed off that some unknown company was using their name to create false credibility. So I kept dialing and over the next 2 hours got my money's worth on my Skype account... I called every university listed in the Gi2c brochure as their "partner". I was not able to get a human on the phone at Howard and Tufts University however. But all the others, without exception, denied any connection with Gi2c and three of them said their legal departments had already taken action to stop the misrepresentation.

Now I also see that they claimed to represent "over 400 international MNC in China" so maybe someone can see if that is also a bogus claim because Gi2c did not answer my email when I asked them to send me a list of these 400 companies."
0
reply

China.Girl
Badges: 1
Rep: ?
#6
Report Thread starter 5 years ago
#6
You know, that guy Yuri never answers any questions about those fake "university partnerships" and at ESL Watch someone asked him these 30 questions, and he did not answer a single one of them. So Mr. Yuri instead of professing how "honest and legitimate" you and your company are, can you just answer these questions that were asked repeatedly over 6 months ago?

"1- Do you deny or admit that Winnie Maliko was one of your interns?

2 - Do you deny or admit that you changed your comments about her twice at gooverseas.com once she went public with her complaints and changed your "terms and conditions" three times in the last year?

3 - Do you deny or admit that you used to me involved in the visa business at Suite 500 on Dong Zhong Street - Unit 30 in Beijing, three years ago?

4 - Do you deny or admit that your employee "Tommy" who is pictured on your website and other posts in this thread was arrested by the police for visa fraud and related criminal charges in your new office at the Galaxy Soho building?

5 - Do you admit or deny that you had a girl from Taiwan working in your office whose first name began with an "N" and whose boyfriend was an intern at Montpelier in Beijing?

6 - Can you list at least 5 of the "famous Wall Street companies" that you work with and 5 of the Fortune 500 or MNC companies that your employee Mary told people had offered jobs to previous interns?

7 - In 2014, what percentage of your interns received job offers? And how many would that be in total and out of how many interns in total for the year?

8 - Why does the same person answer the phone in all your overseas offices?

9 - Do you admit or deny deleting negative comments from your Facebook and blog pages?

10 - Do you admit or deny that many of your interns have demanded refunds and complained about the quality of their internships and housing?

11 - Do you admit or deny that former employees filed formal complaints with the Beijing labor bureau about their wages and wrongful termination?

12 - Do you admit or deny that you instructed employees in your office to use photoshop to make invitation letters?

13 - Do you admit or deny that your management posted fake video testimonials on your old website "GetIn2China.com" ?

14 - Do you admit or deny you had employed a webmaster named Steve Brown from the U.K.?

15 - Do you admit or deny that you fabricated many job descriptions that now appear on your website?

16 - Do you admit or deny that you tell clients to lie to the Chinese visa authorities about what to say when they are interviewed?

17 - Do you admit or deny that you have pressured and threatened people who made negative comments about you and your company online?

18 - Do you admit or deny that you asked someone to pay a local newspaper to do a feature article about your company?

19 - Do you admit or deny that one of your interns from Italy whose first name began with the letter "F" was placed at a "luxury goods" retail outlet that was raided by the police as a fraud and the intern was arrested, questioned and released and then the matter was reported in the local news? Why would you would place an intern in a company like that?

20 - Do you admit or deny that in the last year at least 15 of your approximately 20 employees resigned?

21 - Why did all those people resign?

22 - Do you admit or deny that an employee named "Hellen" or "Helen" worked for Gi2c or Getin2China in the past for at least two years?

23 - Do you admit or deny that no person by the name of "Haley Gilbert" ever worked for GetIn2China or Gi2c?

24 - Did your company ever falsely register past foreign employees as interns?

25 - How many of your past employees did not receive full paychecks after they resigned?

26 - Isn't it true that what you sell for $3,700, people can get for free by themselves by contacting the HR offices of larges companies operating in China or one off the many foreign chamber of commerce?

27 - Please publish a list of the "50 University Partners" your sales rep told my friend that you have cooperation with all over the world" and explain what is this "cooperation".

28 - You published a group photo of about 65 people standing in front of a famous university on your website (this one below). Please explain this photo and where did it come from and how does it relate to your business history?

29 - What are the legal names of the owners of Gi2c and under what name are your registered with the Beijing Tax Bureau and under what SAIC license number?

30 - Why does your company use a .org domain registration when it is a "for profit" operation and not a foundation, not a charity, not an NPO, and not an NGO"
0
reply
X
start new discussion
Page 1 of 1