Do you think that marriage is important?

loveleest
Badges: 21
Rep: ?
#1
Report Thread starter 5 years ago
#1
Would you stay in a long term relationship, without getting married?

In secondary school, my English teacher was in a long relationship with her partner for 25 years (not married), and believed that marriage is "Just a piece of paper" and it doesn't mean anything at all. She said that her and her partner were never planning to get married at all because they believe it is unnecessary and a waste of money, just to splash out so much money in a day and it is not even guaranteed you will stay together forever.
However she does believe how to whole "Marriage system" works is unfair because I am sure that there are some things that married couple can do that partners can't do, despite how long they have been together- (I am not sure what it is, enlighten me please)

...So yeah, what are your opinions on marriage?
0
reply

Vikingninja
Badges: 21
Rep: ?
#4
Report 5 years ago
#4
Find it annoying with those insultingly expensive ones. I do believe that it is important with someone who you want to stay with for the rest of your life, there is this weird belief still about being born from an unmarried couple though it depends really on the case of the couple.

Pretty sure with marriage in the past you could not get a divorce but over time things change. For the majority of people it is still a massive thing since it binds both people.
1
reply

Plantagenet Crown
Badges: 20
Rep: ?
#5
Report 5 years ago
#5
Marriage isn't particularly important to me anymore, and if I ever were to get married it would be a civil service and not a religious one. If you truly love someone then you shouldn't feel the need to get married to make the relationship more special or secure.
0
reply

But my uncle spent 25 years with his partner without marriage, I guess so long as you've got it all sorted out legally it's not vital.
1
reply

loveleest
Badges: 21
Rep: ?
#7
Report Thread starter 5 years ago
#7
(Original post by Vicky628)
I'd say it's quite important to me - I wouldn't want to have children without marriage

But my uncle spent 25 years with his partner without marriage, I guess so long as you've got it all sorted out legally it's not vital.
But gay marriage wasn't even legal then anyway, so he had no choice to just stay in a relationship with no marriage
0
reply

Tiger Rag
Badges: 22
Rep: ?
#8
Report 5 years ago
#8
I'm sure you get extra protection and stuff if you break up or in terms of death? Whereas if you just live together, you don't.
1
reply

Dinaa
Badges: 17
Rep: ?
#9
Report 5 years ago
#9
I guess so, but the whole wedding/white dress ceremony thing is stupid IMO.
2
reply

NerdyMeg
Badges: 13
Rep: ?
#10
Report 5 years ago
#10
At some point of my life I'd marry the person I love if I think its worth it. Marriage in my family and culture is a huge matter. In India, the country where I am from, people spend more money on their daughters marriage than their education. I am strictly against lavish marriages. I don't think I need to invite 500 people and let them know Im getting married. It is a private affair. Close relatives and friends will be enough.

However, I am kind of afraid of long term commitment like marriage. If a person is very lucky he/she will find the best partner one could have. Thats a rare chance. Every relationship has fights and disagreements. If someones marriage can survive all of that. I think you have got a relationship to be proud of.

Ideal partner would be difficult to find in real life. I'm willing to compromise to certain extend and so should my partner. (If I get married)
2
reply

donutaud15
Badges: 22
Rep: ?
#11
Report 5 years ago
#11
I still maintain that marriage isn't important despite the fact I'm married. I would have happily lived with my husband without marriage but we needed to be married for certain things as well as to appease my family.

Marriage is very important to me.
5
reply 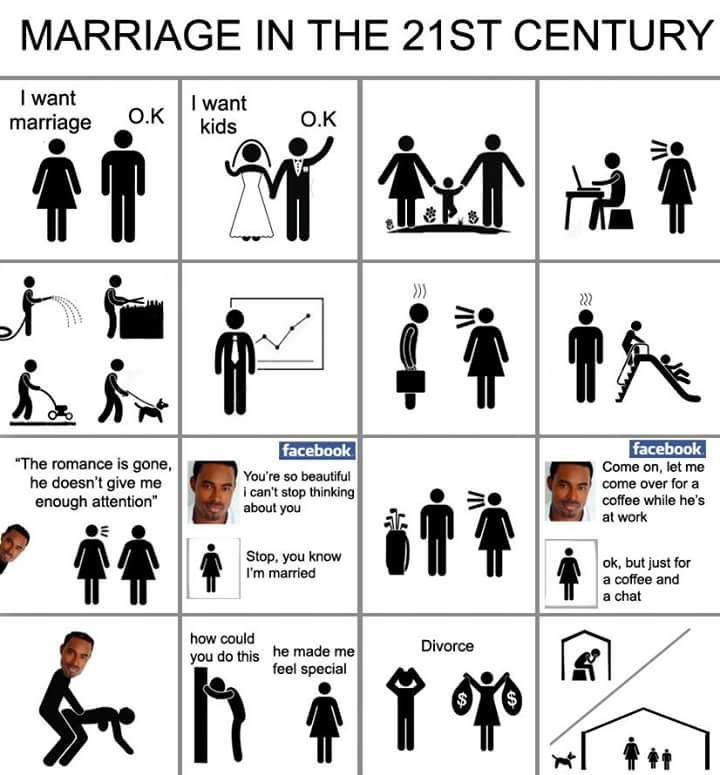 SapereAude97
Badges: 1
Rep: ?
#16
Report 5 years ago
#16
At the moment I don't see myself getting married in a white dress etc.. but that's mainly because my partens split up when I was born and since then I have met at least a dozen new girlfriends of my father and my mother remarried twice. Don't get me wrong, I like it the way it is because I love my stepparents. But from this experience marriage is not on my priority list ..
I would rather go for a longterm relationship that is happy and with a partner you can build a life with or can decide to split up without much drama than for a marriage that in the end ends with a dramatic divorce (sounds very pessimistic but let's make it the "worst case situation" haha ).

I think that marriage means a lot to many people as it means commitment and working on any problems you might have instead of throwing it away. I have great respect for people that manage to stay married for ages.
Maybe religion plays a part as well given that you make your vows in front of God ..
1
reply

ihatePE
Badges: 20
Rep: ?
#17
Report 5 years ago
#17
It's an invisible prison, you pay to have it, you pay to cut it, and it cost some other things such as rights to your children/money/property or what. i dont see why it shouldnt be enough to just know you both love each other
1
reply

Helenia
Badges: 20
Rep: ?
#18
Report 5 years ago
#18
It is not just a piece of paper. It is a legal (and social, if you're into that) status which is not replicated by simply being in a long-term relationship. Sure, you could arrange Wills, property deeds, powers of attorney etc to have roughly equivalent values, but marriage gives you that automatically without any of the extra work.

It isn't for everyone, and not everyone gets it right, but that doesn't mean it's universally wrong or meaningless.
8
reply

Rum Ham
Badges: 20
Rep: ?
#19
Report 5 years ago
#19
I've been in a long term relationship for the past 7 years nearly and we have only just started to think of marriage. We could happily be together without getting married as we don't need a bit of paper to show we are in a serious relationship but we do want the rights that come with marriage and as we are becoming older, they are becoming more relevant so that's why we are going to get married.

al-Shams
Badges: 1
Rep: ?
#20
Report 5 years ago
#20
It is important to me, but I would want a small wedding which is really intimate and personal.


I would hate a big wedding, because I would hate the feeling that one of the most important events of my life has been set up to impress other people rather than being about me and my girl.
0
reply
X
start new discussion
1
2 3
4

The secret of body language: how to tell if someone fancies you

How to cope with a break up