shakib.r
Badges: 6
Rep:
? You'll earn badges for being active around the site. Rep gems come when your posts are rated by other community members.
#1
Report Thread starter 6 years ago
#1
I am interested in economics and read a considerable amount of books. I'm in year 9 and am wondering if economics in A levels uses Geography. I am naturally bad at geography because of the teacher who made me just feel hate for the field. There is no GCSE options for economics in my school however I want a career in being an economist as I find it interesting however hearing that Economics uses lots of geography.
My grades I know if:
Maths-A
English literature -A
English Language-B
Double science -BB
Sociology -A*
Business studies -A*
Religious studies -A
Sports studies (core) -A
0
reply

Protagoras
Badges: 3
Rep:
? You'll earn badges for being active around the site. Rep gems come when your posts are rated by other community members.
#2
Report 6 years ago
#2
It's great that you see yourself being an economist at such a young age as it's usually the early birds that catch the worm and all that.. putting you 3-4 years ahead of other applying to a degree in economics.

Forget applying everything to economics for right now and understand the basic concepts of geography. Geography is about understanding the world that we live in.. split of physical geography and human geography.. from the rocky mountains to the deserts of the Iraq and Iran to the diversity of ethnicities living in 'global' cosmopolitan cities like London and New York.

Why do people live in crowded cities which bring together unbalanced wealth (economics) where the rich and the poor live side-by-side where one is dependent on a welfare system (economics) maybe living in such areas affects their health? Pollution from cars affecting the climate and environment causing health problems which puts people into hospitals.. Where are the best places in the world for the best 'quality of life'?

Geopolitics (or political geography): the power of territory (is of interests to economists but mostly to politicians and defence policy advisors and military chiefs etc.) you will see the challenges for the United Kingdom in this video which illustrate territories of northern Ireland which you can find a lot of history about disputes of those who think that Ireland should be a part of the United Kingdom and all moved to northern Ireland and the ensuing violence in the 20th Century such as the IRA bombing London causing £1 billion's worth of damage, which had an effect on people's moral in working in the City and the insurance to fix all of this.

Then recently Scotland wished to seperate from the United Kingdom and this was put to a referendum (vote) and H.M. Treasury would have had a team of economists working on the economic details of how this would work depending on the result of the vote.. it is geographic because Scotland offers a lot in taxation (economics) to the UK with citizens, tourism and resources in the ground and adding to statistics about the environment which have to comply with international regulations.

The world is moving towards a more sustainable and efficient (economics) use of resources.. less use of oil, de-polluting the world with electric cars so less carbon emissions, improving the ecology and life systems and creating a better 'quality of life' for everyone.

Things like facebook and twitter are of interest to social geographers in that globalisation is so rapid that businesses can market goods to the U.K., U.S. and China in minutes - meaning similarities in interests in diverse regions of the world and if there is a global response to a product then more people are going to 're-tweet' it and market the product themselves and this is what we know as globalisation.

Solar panels in Africa? Harnessing the renewable energy of the sun to places like Africa.
Diminishing of diseases in 'third-world' countries - Polio for example, almost eradicated.
Over-population of the world - from 2 billion to 7 billion in 100 years?
Polar ice-caps melting?
Global business operations effects on animals habitats (biodiversity and conservation).
An example being a shipping channel through the great barrier reef or across the north pole. 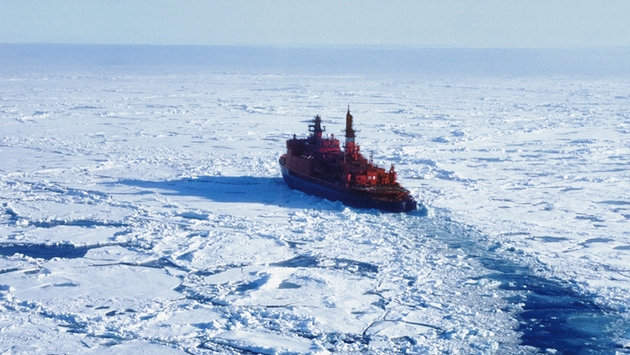 Does this help at all?
0
reply

Protagoras
Badges: 3
Rep:
? You'll earn badges for being active around the site. Rep gems come when your posts are rated by other community members.
#3
Report 6 years ago
#3
See the YouTube channel of the World Bank..

I think the World Bank see everything as valuable: every human-being, all knowledge available, all the skills we can offer each other, the fragility of the environment and climate.. and what it can offer us.. like clean water.. only 3% of the water in the world is drinkable so things like energy security and water security are economic as well as political issues.

B.Sc. Environment, Economics and Ecology at the University of York

Does school Maths prepare people well enough for the future?