S.Parkins.14
Badges: 0
Rep: ?
#1
Report Thread starter 4 years ago
#1
So I'm believe myself to be Eclectic in my beliefs, I believe in a God but also a more spiritual elements, and class my self as a wiccan, and interested in learning more about Wicca/Pagan/Druid or spiritual element which I have already been exploring.
I am trying to start a society in my uni based around spirituality, so people who are humanist, wiccan, Buddhist ect and come together and share their view and socialise and chill out. But as you can imagine it is hard as people are hesitant with things such as faith
I was wondering if anyone online is spiritual or pagan ect and has ideas or discussion to share or if they know f an online community I can join.
Is there any Wiccans/Druids/Pagans out there who are same situation trying to reach out to other in the community with little effect?
Or find themselves isolated because of their spiritual believes or lack of choice around them?
0
reply

NJA
Badges: 20
Rep: ?
#2
Report 4 years ago
#2
Doesn't community mean common unity?
These are disparate groups who believe different things within themselves and at different times.

I have read that the original Druids readily accepted the message of the Culdees (the "certain strangers") who arrived from Israel in the 1st century AD, including various apostles who disappear from bible the narrative after Pentcost ... they were told to go to the lost sheep of the house of Israel ... they went to the Celts, Scythians, Parthians, also India and Carthage (North Africa). Centres of learning were set up and the Druids were seen as the spirituakl leaders which is why the Romans targetted them (in Anglessey). 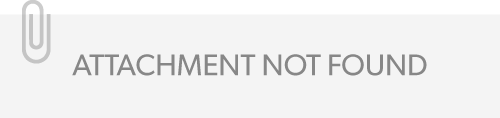 Before that there was certainly worship of created things ...
“ye have borne the tabernacle of your Moloch and Chiun your images" (Amos 5:25)

Chiun was the moon goddess, called the queen of heaven and origin of the word "queen".
The famous British King Cunobeline (died 40AD) combines the worship of both Chiun and Bel.
Moloch is seen in placenames: Melksham (Wiltshire), Melchbourne (Beds.), Melcombe (Dorset)


"…he that burns incense, as if he blessed an idol" (Hebrew, "Aven", a vanity) (Isaiah 66:3)
There are 5 rivers Avon in Britain, of which three pass through Gloustershire, where Celtic worship of this god was centered. In the same English district is an old town named Avening. The 'ing' suffix means the place of, so Avening is the place of Aven.
Historian Samuel Lysons, in "Our British Ancestors" says:
"The worship at Beth-Aven, in Canaan, and that of Avening in Gloucestershire, and that of Aven, Heliopolis, or Baal bec, were all identical. The stone altars, the high place, the calves' bones discovered there, mark the similarity."

The Wilderness of Sin (or Zin) ... is named after the moon deity Sin, represented by a bull or golden calf was worshipped throughout the Middle East, from Egypt (Apis), Greece (the legendary Minotaur), in Asia Minor "the priest of Jupiter, which was before their city, brought oxen and garlands" (Acts 14:13), Crete, to the winged bulls of Babylon. When the Israelites worshiped golden calves, we know this was the moon god. In Canaanite religion, the male moon-god, "Yerach", was the chief god, "Jericho" was named after it.

In 1 Kings 12, King Jeroboam made two calves of gold, setting one up in Bethel and one in Dan.

In India the calf is still worshipped, which, like Buddhism seems to come from Israelites released after the fall of Assyria. Buddhism's founder was a prince of the SAKans names Sakya Muni. ("in Isaac shall thy seed be called", a confirmation of who these people were, also the Saxons). Herodatus says that the BUDII were among the people of Media and Scythia, "branches" (Hosea 11:5-6).
"India" and 'Hindu' are likewise derived from Indu, the name of the moon-god, also called Soma. The Somanath temple in Gujarat is dedicated to the moon-god.

"I will turn your feasts into mourning, and all your songs into lamentation; and I will bring up sackcloth upon all loins, and baldness upon every head; and I will make it as the mourning of an only son, and the end thereof as a bitter day.
Behold, the days come, saith the Lord GOD, that I will send a famine in the land, not a famine of bread, nor a thirst for water, but of hearing the words of the Lord:
And they shall wander from sea to sea, and from the north even to the east, they shall run to and fro to seek the word of the Lord, and shall not find it." (Amos 8:10-12)
0
reply
X
start new discussion
Page 1 of 1