Random curiosities about the third terrorist

jkls92
Badges: 20
#1
Report Thread starter 3 years ago
#1
This is what I heard from Italian news, I think you might not have all these info yet. I'd do this as a Sallustian portrait but I'm too tired, so I'll just throw you what I know:

-Italian passport
-Father immigrant, Mother Italian and lives near Bologna
-He used to live part of the time in Morocco, part in London, part in Italy
-His Italian mother was converted to extreme Islam by his father. They said he belongs to a sect keen on extremist proselytism. She was seen wearing that integral full covering black thing
-Every time he came to Italy the anti-terrorism police surveilled him
-He tried to reach ISIS but was stopped at the airport. They confiscated his passport and property and found ISIS propaganda
-That's when intelligence and judiciary started keeping an eye on him.
-He had been reported by Italian authorities to EU national intelligence services (UK included) and international anti-terrorism
-They talked to the mother who said he was developing extremist ideas and thanked authorities for stopping him and letting her know
-He later appealed and the judiciary found he was influenced by ISIS but didn't constitute a threat. He won the appeal to get his confiscated property back (including the mobile phone with ISIS stuff)
-UK intelligence didn't think him as a serious threat
-In his town his was the only foreign family and people said he appeared polite
-His mother knew he was developing such ideas and was in contact with ISIS through the internet

Lots of food for thought. Perhaps you already know everything, I hope it's accurate, I'm just reporting what I'm hearing on TV right now.
Excuse me for the terrible form. 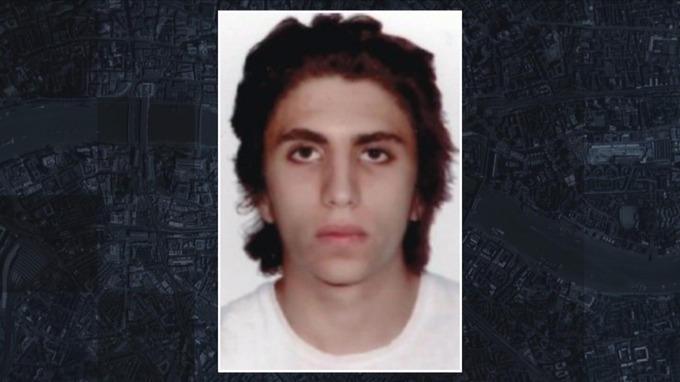 -The International system is dysfunctional. We can't stop him when he wants to go to Siria but let him fly around Europe freely. It looks like there is little cooperation (apart from reports) among authorities from different nations. In Italy, living in the countryside, he was always followed by the police, but in London no one cared. Objectively, what do you think a guy from such a family who tries to reach ISIS and is in contact with them is doing in London? What can he possibly be doing if not planning an attack!

-EU got migration, citizenships and border politics wrong. We can't let everyone inside Europe, give them and their children citizenship and a powerful passport which lets them move freely inside Schengen. As far as I am concerned, we had to close EU's outer borders and Schengen had to be a safe-zone for fellow European citizens only. I think this is bringing to the collapse of free movement of people, such a wonderful concept, that has come to mean free movement of terrorists. They are exploiting our absolute freedom of travel, emblematic of our superior civilisation, for their vile ends. Ultimately, this is why UK got out of the union, because extra-EU migration, on top of eastern EU, was unbearable.

-As I said, citizenship. Italian citizenship law is considered strict and was made by the right. The damned left even wants to introduce ius soli (hopefully the summer will slow activity in parliament). Nevertheless, a Muslim comes here, he marries an Italian and converts her to extreme Islam, they have a son, him and father become citizens. No way, that's not how it should work. They should come here, adopt our mores, learn our language and culture, accept our law and only then become citizens.

-Our judiciary overconcerned (and rightly so) with personal guarantees and freedoms, is unfit to deal with these terrorists. They must be much more careful in the future. This is basically a (civil, to the extent we give passports to everyone) war, but we are treating our enemies, who identify as soldiers of ISIS, as fellow citizens. When someone is in contact to ISIS and tries to reach them, he will certainly try to enact some form of terrorism. However, at this point he has done no crime, so we can't convict him, though we know he is a risk. This model can't work. Usually we throw the *******s out of the Union, but if we were so shortsighted to give them a EU passport (as we did in this case), we can't do this.
0
reply

jkls92
Badges: 20
#3
Report Thread starter 3 years ago
#3
(Original post by Mathemagicien)
Are there any sane converts to Islam? And how come more women convert than men?

Sounds like his mother cooperated with authorities to some extent. Perhaps she now feels regret that she raised him in such an extremist religion. It will be interesting to hear more about this family.
Shall we trust her? Perhaps she knew.

It's curious how the family used to live in Morocco (the Italian mother moved there, married and had a son), then got back to Italy when the boy was 20 and somehow he became a citizen, though he apparently didn't spend long uninterrupted periods in Italy and had officially registered as "foreign resident". I think it was a mistake.
0
reply

Sarahsez
Badges: 1
Rep: ?
#4
Report 3 years ago
#4
(Original post by Mathemagicien)
Are there any sane converts to Islam? And how come more women convert than men?

Sounds like his mother cooperated with authorities to some extent. Perhaps she now feels regret that she raised him in such an extremist religion. It will be interesting to hear more about this family.
Most women usually convert when they meet Muslim men and marry them.

Not to generalise but from the women that I know that have done this, most are very desperate and have low self esteem. I know of 2 that get regularly battered by they immigrant husbands, the type that only marry women for visa.
2
reply
X
start new discussion
Page 1 of 1