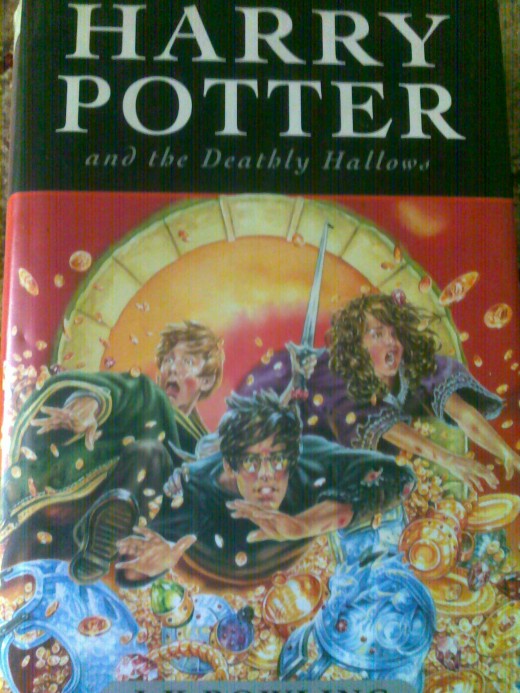 Harry Potter Series is the most read book series by kids of all ages. Millions of copies have been sold of the series around the world. Harry Potter has no more just a book but a phenomena and the fame it got with the very first book cannot be compared with most of other books. The series is liked by kids, teenagers and adults. In its narrow sense it is a magic story- a story about a child who is a wizard- but broadly speaking there is much more than it. It is a story about friendship, love, bravery, and sacrifice. It is all about human nature.

Charlie and the Chocolate Factory by Roald Dahl:

Roald Dahl is worldwide accepted as one of the best writer for kids. If you start to find best books for kids Roald Dahl's books will be on the top ten list. Most of his books are amazing and lure the kids due to their ingenuity and creativity.
Roald Dahl mostly wrote on topics that amazed him in his life. Chocolates were his love and he mentioned about chocolates in many of his books. He once said that if it was possible for him he would have replaced history teacher in the schools to chocolate teacher. The book has been written about a child who eats one chocolate every year; he belongs to a poor family. Closer to his home is a chocolate factory the owner has shut himself and his workers from public because he does not want the rivals to know his ideas. He offers children who get golden coin in his chocolates to visit his factory. Five children find coins and visit the factory. Charlie, the main character, is also one of them. There he sees amazing things and wins prizes and lives there ever after.
This is an amazing and magical story. The imagery Roald Dahl has created in this book is really awesome.

The Chronicles of Narnia by C. S. Lewis:

This is also a series and the most famous in this series is "The Lion, The Witch and the Wardrobe". It is a fantasy series and there are seven books in the series. The story centers around kids who lives in a place called as a Narnia. The place is fictional and has lots of magic, adventure and thrill. The children go through many fights and thrilling journeys.

The BFG by Roald Dahl:


The BFG (Big Friendly Giant) is another creative book by Roald Dahl. In each of his books Quentin Blake did illustrations. In this book too the uncanny illustrations along with text captures children's attention. The book is full of weird creatures and magic. The book is different from other children books because Roald Dahl created many imaginative words for the book like bonecrusher, flushlumpeater, childchewer etc. He created a language for the book which seems nonsense to some but I think that the language has made the novel more interesting. In one way Roald Dahl's books are a bit more spooky and contains many nasty and gory creatures, at times it is full of horror too but still he is the most outstanding writer and this book is one of his best book.

Nancy Drew by many writers:

In this series Nancy Drew is a teenage girl who solves many problems and mysteries. When Nancy Drew series first published it got fame because it had a major character of a girl who was brave, stylish, powerful, brilliant, capable of solving problems which she confronted. Thought he book at times becomes repetitive but when Nancy Drew is solving a problem or in a mysterious situation readers love to know how she will get out of it. The book is not as scary as many of the other books written for children but it has its own charm because of Nancy Drew(a girl who can make anything possible).

The Hobbit was written by J. R. R. Tolkien in 1937. This was actually a book that explained every bit of fiction described in The Lord of the Rings. This book is though more suitable for young teenagers and children, on the other hand, Lord of the Rings is for more mature people. Tolkien was a master of fiction and the way he has created a world in the Hobbit and other of his books is mesmerizing. Not even the names of lands, places, people but the myths he created are all fictional but they are all written in such a convincing manner that the reader believe it as a reality. The imagery and the scenes he created help the reader to be more interested.

The Wonderful Wizard of Oz by L. Frank Baum:

The Wonderful Wizard of Oz is an illustrated novel for young children. The Scarecrow, Tinwoodman and the Cowardly Lion are all famous characters of the Wizard of Oz. The main theme of the book is self-contradiction. The plot on which the novel is written is very unique. Though at the end of novel each of the character in the novel successfully attain self-fulfillment because they do what they wanted to do. The Cowardly Lion no more remains coward and the Scarecrow too get rid of his complexes. The novel has been translated into more than 50 languages and is taught in most schools as part of the curriculum.

Stuart Little by E. B. White:

Stuart is the second son of Mr. and Mrs. Little who live in New York. They saw Stuart one day along the road and took him to their house and name him Stuart Little. As Stuart is a mouse he is very small and has different habits than human beings but the family raise him and take care of him. They train him how to do things. Stuart becomes friend with a cat and a bird (Margalo). They have lots of fun and adventure. The book has been converted into movie adaptation which gained lots of fame.

Charlotte's Web by E. B. White:

This is a story about the long-lasting friendship between Wilber and Fern, A girl and a little pig whom her father wanted to kill but as he saw that his daughter is interested in that pig he gave it to her. Charlotte and many other animals too help Fern in saving the life of Wilber (the pig). Each of the friend make a plan but in the end due to Charlotte's ingenious plan he is saved. This story is a classic tale by E. B. White.
Attached files
0
reply

Would you consider Adjustment if your grades were higher than you expected?