Do you look forward to a Corbyn Government? Watch

Iridocyclitis
Badges: 10
Rep: ?
#1
Report Thread starter 2 years ago
#1
The Tories are collapsing. Corbyn's Government is a case of when, not if.

Do you look forward to it? A Government for the many and not the few?
0
reply

ILuvFood1234
Badges: 17
Rep: ?
#2
Report 2 years ago
#2
I'm just waiting on that day when Jezz will be like 'finally made it to 10 downing street' and then the squad will roll up outside Downing Street cheering for him! 💯
4
reply

Do you look forward to it? A Government for the many and not the few?
This site's userbase needs a reality check.
0
reply

Castro Saint
Badges: 18
Rep: ?
#4
Report 2 years ago
#4
(Original post by Chaz254)
This site's userbase needs a reality check.
I think you do. This country has gone to **** because of the Conservative party and big business.
1
reply

The Labour party is still the Labour Party and remains an enemy of working class liberation, have a quick look around at the vast nmber of cases of gentrification and disputes with public sector workers currently being pursued by Labour councils.

Even ignoring Corbyn inability to match his partys actions to his rhetoric I still think he would be bad for the people of the UK. He is a classic 70s socialist who has failed to update and re-contextualise his opinions for the 21st century. He essentially wants to bring back the huge state socialism of the post war period which was innefective last time.
5
reply

Davij038
Badges: 13
Rep: ?
#11
Report 2 years ago
#11
Still debateable. This government is absolutely useless and is still polling about the same as labour. Whilst jezza has become more ‘mainstream’ he’s still not trusted. Oh and the Tories are ahead in the polls on the economy which perhaps isn’t a surprise because Corbyn wants to be an enemy of the banks.

Also this assumes that the Tories will make the same mistakes- although it’s possible they will, this isn’t inevitable.

What would be hilarious is if the corbynites (who were somewhat proved right about Corbyn) were in turn utterly proved wrong about say Rees- Mogg.
0
reply

Wōden
Badges: 14
Rep: ?
#13
Report 2 years ago
#13
(Original post by Iridocyclitis)
The Tories are collapsing. Corbyn's Government is a case of when, not if.

Do you look forward to it? A Government for the many and not the few?
Don't be so certain of that. Labour in all likeliness took most of the seats they're ever going to get in the last election. I'm struggling to see where they would take more seats from.

The rural and small town Tory heartlands are pretty much out of the question, they would never, ever elect somebody as far to the left as Corbyn. Labour are not popular at all in rural England, they're viewed as too urbancentric and generally clueless on countryside issues.

The tradtional Labour voting, urban, white working-class, whilst they may well identify with an old school firebrand like Corbyn, they generally despise the modern Labour party as a whole for it's liberal and cosmopolitan positions. They only begrudgingly vote for them because they currently hate the Tories slightly more and UKIP is no longer a viable alternative. But if the Tories replaced May and took a more nationalist and populist stance, they could probably win over significant numbers of this voting block.

Scotland is a bit of a wildcard. The Tories could well lose the gains they made there, but I think they would swing back to the SNP rather than Labour. Again, Labour are not popular in those rural regions of Scotland.

Honestly the only truly safe seats Labour currently have are the areas with lots of middle-class liberals, students, and non-whites. If there was another election next week, I still think it would result in a hung parliament, with a Conservative minority. The only way I see Corbyn as PM any time soon, is through some freakish coalition with the SNP, Greens, and Lib Dems, and that government would be about as popular as the plague across most of the nation.
2
reply

username1751857
Badges: 21
Rep: ?
#15
Report 2 years ago
#15
No not at all. At least the Tories actually know what they want for Brexit, Labour have no clue. One day you hear they want to leave the single market and customs union, the next day you hear them say they would stay. Just as clueless, if not worse, than this government.
1
reply

TCFactor
Badges: 12
Rep: ?
#16
Report 2 years ago
#16
Not really. You see, despite all the Labour promises, it would be very difficult to fulfil them all, or any at all.
Tuition Fees for example; taxation wouldn't solve this, as the wealthy are already complaining that they are getting taxed too high, and also, university shouldn't be subsidised by those who choose not to go, ie apprenticeships, or straight into work wtc.

So maybe young people are more likely to vote in a Corbyn government, but I would be very frightened indeed. To all leftists, or socialists in general, give me one instance where a socialist country has worked successfully; that in itself is a reason not to vote in a leftist; there hasn't been a successful instance.
1
reply

PilgrimOfTruth
Badges: 10
Rep: ?
#17
Report 2 years ago
#17
(Original post by Iridocyclitis)
The Tories are collapsing
This is laughable. It is the Looney Labour party that are collapsing. Key figures in the party have been leaving in their droves because of "Jezbollah" Corbyn's rather Stalinist methods.

Thus far the Corbyn "Hall of Shame" leavers of the party have included:

And of course there was the more or less forced resignation of Sarah Champion who rightly and bravely stood up to highlight the problem of "
British Pakistani men raping white girls", but old Jezbollah Corbyn wasn't having any of that in his party !

It's an absolutely damning indictment of a party leader that few want, and of a despicable faction in the Labour Party that has usurped the name "Labour", infesting it from within and purging regular party memers and candidates.

Labour is a party in utter chaos. It has a virus, a virus that is damaging the Labour party and all it stands for and turning it into a party of militant thugs, cheats, criminals and dim wits. This is the outfall of a man with a reprehensible history and his group of Momentum thugs.

It's taken time for people to see it I think, but it's a little like Nick Griffin and the BNP becoming members of the Conservative Party and usurping it from within such that the Tories essentially become the BNP.

It's a ridiculous situation to find our political system in.

It should never have been allowed to happen. Corbyn and his yobs should have formed their own separate party.

(Original post by Iridocyclitis)
Corbyn's Government is a case of when, not if.
Again, utterly laughable. Just not gonna happen. The IRA supporting Marxist Corbyn is simply UNELECTABLE. The last election should have told everyone that but the dim witted Labourites have been busy congratulating themselves on an election they lost and lost catastrophically.

Corbyn isn't interested in Britain. He isn't interested in British traditions. He was supporting the IRA whilst British soldiers were being killed in the 70s/80s. He calls Hamas and Hezbollah "friends".
He has recruited convicted criminal Marsha Jane Thomson to office. A woman convicted of registering fake voters in the east London borough of Newham, filling out and submitting more than 100 voter registration forms herself, including forging signatures.

Corbyn's Labour is nothing more than a "Rogues Gallery" of despicables and loonies.

As well as the convicted vote rigging Marsha Thompson we have:

We have Kelvin Hopkins who Comrade Corbyn appointed as shadow secretary of state for culture, media and sport despite having been warned of his sexual harrassment antics.

We have Ken Livingstone, the man with a host of anti semitic comments behind him that Corbyn refused to sack from the party.

This is little more than rag tag of undesirables.

The media propaganda about Labour being ahead in polls is utter clap trp, paid for PR.

This government is simply unelectable with Corbyn and Momentum running the circus and the core "good" people within the country absolutely know it through and through.

Many are unhappy with the Tories and some of their policies but the bottom line is there is NO VIABLE ALTERNATIVE while ever Comrade Corbyn continues in his leadership position.

It is up to "real" Labour party members, MPs and supporters to fight back and oust the militant thugs that are seeking to overrun the party and introduce Stalinist policies and methods to rule with an iron rod, to rule in a Commy dictatorship rather than an honest democracy.

The rest of us can only sit back and laugh and wonder at how the Looney Labour party thrashes in its chaos instead of rooting out the weeds.

LABOUR IS UNFIT TO GOVERN 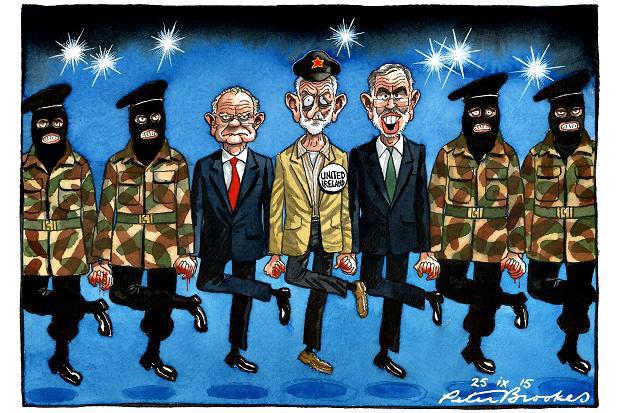 Rakas21
Badges: 21
Rep: ?
#18
Report 2 years ago
#18
My obvious answer is no but that's because i only put the chance of them being elected at say 30%. For all the flaws of this government Corbyn's approval rating is still only in the 30%'s (a few behind May) and despite significant flaws in the campaign, we still won. So long as the election is not forced (i.e. they actually choose to call one in 2019) then i suspect the Tories will do no worse than now.
0
reply

dickwhittington
Badges: 12
Rep: ?
#19
Report 2 years ago
#19
(Original post by Rakas21)
My obvious answer is no but that's because i only put the chance of them being elected at say 30%. For all the flaws of this government Corbyn's approval rating is still only in the 30%'s (a few behind May) and despite significant flaws in the campaign, we still won. So long as the election is not forced (i.e. they actually choose to call one in 2019) then i suspect the Tories will do no worse than now.
2 Years is a long time in politics, especially in these turbulent times. Although I don’t fully support Corbyn and his ideas, I generally support the direction that he has taken the Labour Party in. I certainly support him more than I do May, Boris or anyone else in the conservatives for that matter
0
reply

I don't agree with all his opinions (free tuition fees is dumb and he's weak on Brexit) but I very much think we need some more government investment after years of austerity and cut backs.
0
reply
X
start new discussion
1
2
3