Would you ever consider getting an electric car?

Nalk1573
Badges: 13
Rep: ?
#81
Report 1 year ago
#81
(Original post by scorpion95)
I don't think that I would to be honest maybe possibly in the distant future but not with the current state of things. There isn't much infrastructure for them and the massive issue of distant and charge times too. I have driven a Twizzy on holiday which was good and enjoyed it however the battery life was poor, had to plan in more detail to make sure got to a charge point and was constantly stressing over the battery charge indicator when driving. You had to plan to spend a couple of hours somewhere to get sufficient charge to make sure you could get to the next couple of places. It was only a small island so about 20 something miles long but was up and down hills but could maybe make it from one end to the other maybe if lucky.

I would be more inclined to go for a hydrogen car instead if they more investment went into them and price came down as the infrastructure is already in place and it gives more or less the same mileage as petrol/diesel cars and is possibly more cleaner than electric cars. Electric cars are harder to recycle and also the power has to come from somewhere which is generally fossil fuel burning power stations. Also this adds more pressure on to the energy demand of the country which is already struggling to cope with the demand.
Buy the Babcock Runabout:
0
reply

Posted from TSR Mobile
because it's true

ChaoticButterfly
Badges: 20
Rep: ?
#84
Report 1 year ago
#84
I wanna be able to stealth around and sneak up on pedestrians

CurlyBen
Badges: 19
Rep: ?
#85
Report 1 year ago
#85
(Original post by Rabbit2)
In addition, the charge time (at 110 volts) is quoted at 96.7 hours. That's about 11 days if you charge it at night. It's not much better at 220v, which, of course - doubles the current drawn from the power line. They get it down by charging at 440v, this quadruples the current drawn, but no standard house or apartment has the facilities for that here.
I'm but a lowly mechanical engineer, but I'm pretty sure you're not just plugging the battery into whichever voltage you have available - that would be a very quick way to destroy the battery, and your statements on current are only valid if you are using a constant resistance. Instead you will be using a battery charger which is probably a switch mode power supply to maintain a given DC voltage, but then it can't be assumed that the resistance remains constant and so your statements on current are therefore doubtful. It also seems a little odd that a 'master of science in electrical engineering' would be talking about current rather than power in this context. If your assertions on current are correct, then by increasing voltage fourfold you would increase power sixteenfold - surely something worth mentioning? P=IV (or P=I2R if you prefer).

This isn't my area of expertise but your post does make me think it's not yours either.
0
reply

PTMalewski
Badges: 20
Rep: ?
#86
Report 1 year ago
#86
(Original post by RoyalSheepy)
Would you ever consider getting one today, and why? 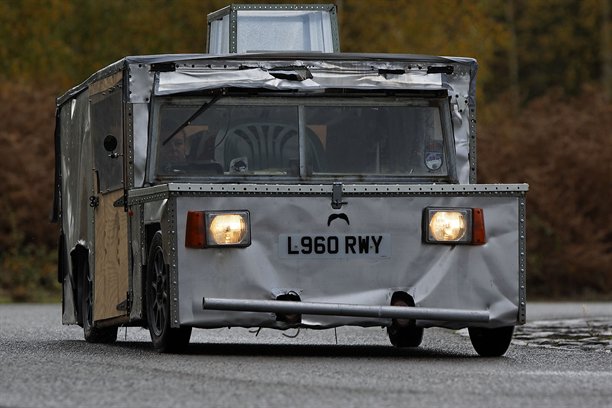 I would consider converting a small 10 years old+ car to electric, for this would be the only option reasonable when costs are involved. New factory electric cars are a way too expensive to be competitive to internal combustion cars.

Also, the CO2 emissions related to the production of their batteries are so high it is not reasonable to use them for the sake of CO2 emissions.
An electric car is only better than internal combustion one, when it is used on very short distances, when constant changes of temperature are killing the internal combustion engine much quicker and it uses extra fuel to work before it heats up, which it never does when it doesn't have a chance to run for 10 miles at least.

For these reasons I would rather stay with a conventional and bicycle, to use the latter as much as possible.
0
reply

Rabbit2
Badges: 18
Rep: ?
#87
Report 4 weeks ago
#87
her
In addition to that, electric vehicles are impracticable, because of their limited energy storage capability. You hear idiotic statements like: "Electric cars can go 50 miles an hour" [properly designed, they can]. Also, "Electric cars can go 200 miles" [properly designed, they can do that too. The problem is.. they CANNOT go 200 miles AT 50 miles per hour. Gasoline cars can do that easily - in fact, that is their usual use. The total energy you can recover from a battery [for use] is dependent upon the rate with which you remove it. If you take it out slowly, you recover much much more than if you take it out quickly. This is not true for 'chemical fuels' - such as gasoline or Diesel fuel. With those, how rapidly you empty the fuel tank has nothing to do with how much energy you recover. In addition, the energy stored in a 20 gallon liquid fuel tank far exceeds that which can be stored in a battery which will fit into the same space - regardless of how slowly you remove the charge.

There is no technology presently, or in the offering, which will increase the energy storage capacity of physical batteries to the point that they could even 'approximately' rival the storage capacity of liquid fuel. The only option i can see that might provide a partial solution, would be to go to 'on board' nuclear generators {such as the 'so-called' "SNAP" nuclear thermal generators, that are used to power remote electronics on ocean platforms for research. One can hear the 'greenies' screaming, should this be proposed.

To put my observations in perspective, i hold a MSEE [from an accredited US uni], ofand have over 45 years experience in hardware design and field deployment of locally and remotely powered equipment. Cheers.
1
reply

TheMcSame
Badges: 18
Rep: ?
#88
Report 4 weeks ago
#88
(Original post by Rabbit2)
There is no technology presently, or in the offering, which will increase the energy storage capacity of physical batteries to the point that they could even 'approximately' rival the storage capacity of liquid fuel. The only option i can see that might provide a partial solution, would be to go to 'on board' nuclear generators {such as the 'so-called' "SNAP" nuclear thermal generators, that are used to power remote electronics on ocean platforms for research. One can hear the 'greenies' screaming, should this be proposed.
While I wouldn't buy a fully electric car in their current state, I can't help but point out that you're looking purely at energy density. Yes, that is a problem to an extent. Of course, more energy requires more batteries, more batteries means more weight meaning more energy is needed. Not to mention more materials for the extra batteries, which means more pollution for production and manufacturing, more environmental impacts and ethical concerns due to lithium mining (Rare earth metal mining is highly destructive to the environment) and cobalt mining (Used in most batteries, there's lots of ethical concerns surrounding this like slave labour, child labour, etc... Not to mention the supply is struggling to meet, if not already falling behind, demand) more pollution due to more bits of broken road being strewn about the place. More pollution due to faster tyre wear (bits of rubber being discarded into the environment as you drive) due to the heavier weight of the vehicle and instant torque delivery making the wheels more prone to breaking traction (even if only a micro-break in traction that goes unnoticed)

But honestly, I think the biggest hurdle EVs need to break is charging speeds. If the range isn't going to significantly improve, it has to be charging speeds that do. I don't want to be forced to take a pit stop on a journey I'd normally do in one go, stuck at a service station I don't want to be at, paying extortionate prices just to pass the time. Something like pull up, plug in, 10 minutes later it's good to go. And I mean GOOD TO GO, not just kicking the charging hassle down the road.

That and reliability and looks. Manufacturers seem intent on making EVs ugly for the most part. As for reliability? Electrical issues seem to be a big issue across the board, primarily in European, especially German, cars.

Tesla's offerings are about as close to buying an EV as I'd get, even then, I wouldn't bother. Why? They cost too much upfront and have built themselves a reputation for poor quality control.
Last edited by TheMcSame; 4 weeks ago
0
reply
X
start new discussion
1
2 3 4
5

Which of these would you use to help with making uni decisions?