Watch
Find out more about this uni Look at our Official Guide
View our Open Days
Check out courses and reviews
Chat to us
Who's getting places?
Visit our site
start new discussion reply
1
2 3 4
5

StotheL
Badges: 0
Rep: ?
#1
Report Thread starter 12 years ago
#1
Basically, I'm thinking about Westminster as a university choice..pretty much any good university in London! I'm in my lower sixth year, next years my last however we start applying to universities next year so I'm starting to consider my options now.
I'm thinking about either fashion merchandising management as a course at this uni, or else public relations (mass media, etc). However, I've heard it's incredibly hard to get into the university..so if anyone has any helpful advice, questions or information, fire away. Thanks!
0
reply

More about University of Westminster 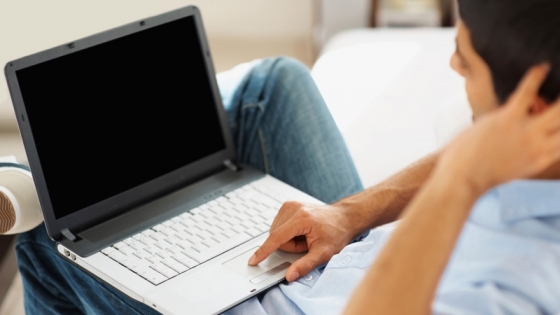 The Official Guide to the University of Westminster 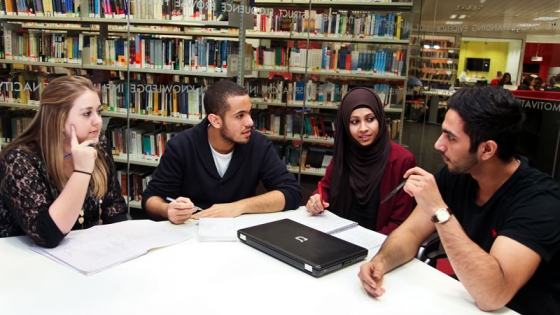 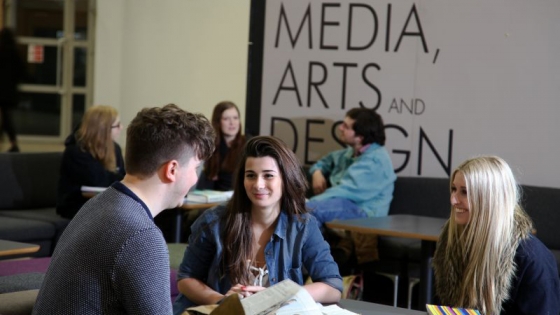 Chat to the Westminster official rep 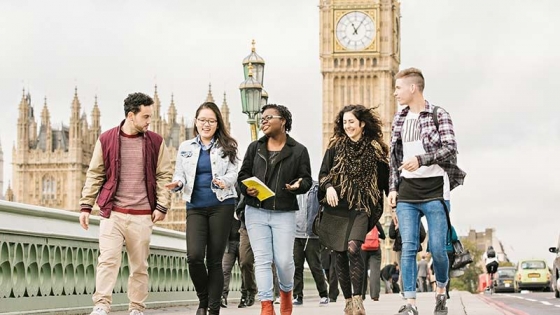 Dionysus
Badges: 15
Rep: ?
#2
Report 12 years ago
#2
Is this a serious thread? Without any offence to Westminster, it is most definitely not a good university and you'd get in with virtually nothing.
3
reply

FyreFight
Badges: 14
Rep: ?
#4
Report 12 years ago
#4
(Original post by eDDeboo)
^ wow.
Its sixth-form is notorious for its Oxbridge links..
Are you sure you're not thinking of the private school? Westminster School has a great reputation, but the University of Westminster is terrible.
0
reply

I know someone who went to Westminster School.
0
reply

Democracy
Badges: 20
Rep: ?
#6
Report 12 years ago
#6
(Original post by StotheL)
Basically, I'm thinking about Westminster as a university choice..pretty much any good university in London!
Exclude the uni of westminster then. Of course I guess it depends on your definition of good. What are your grades like?
0
reply

Typhoon
Badges: 3
Rep: ?
#7
Report 12 years ago
#7
It depends on the course you want to do, not just the uni in general. Westminster may not be the best uni for everything, but it has the best media courses in the country; hence me putting it as my firm.
0
reply

westminster is one of the top places in the country to study fashion design. i don't know much about the merch course (we're in different buildings and don't really mix) but the fashion department is as follows...

so far this year we've been taught by aithor, carrie, richard grey and had chances to work at LFW

DONT **** OFF UNIS BEFORE YOU KNOW THE FACTS
0
reply

MediterraneanX
Badges: 16
Rep: ?
#9
Report 12 years ago
#9
Westminster is actually quite up and coming. I know loads of people that went there are all of them are working in the city on good money.
0
reply

star888
Badges: 0
Rep: ?
#10
Report 12 years ago
#10
I dont get it? Ive applied for both fashion merchandise management and fashion buying management and have been accepted for both.....i must admit, after visiting the uni, it wasnt what i expected but i felt that the people were so much more friendly compared to the other universities i visited. I think that actually liking the uni just as important as its reputation but what i dont understand is why westminster 'supposedly' has such a bad reputation??

I mean, from what i know so far, it has excellent industry links. Just because its not known to be as 'prestigious', does not make it such a bad university.. surely?
1
reply

Paeony
Badges: 11
Rep: ?
#11
Report 12 years ago
#11
A lot of universities have a 'bad/poor' general reputation but actually offer some of the best courses available in particular subjects and areas. If you're wanting to go into a certain area, then it's worth looking at what professionals in that field think of particular courses. I don't know Westminster, but if it's got a lot of industry links then it looks like the course is pretty well thought of.

Also remember that there are a lot of people on this site who subscribe to the 'Russell Group/Oxbridge or nothing' philosophy ... forgetting that there are LOTS of courses, particularly more vocational ones, that you can't actually study in these places. And, a lot of the ideas about 'reputation' come from the various league tables which all measure different things and often look at the quality of research, rather than the quality of the undergrad experience - academics might be brilliant researchers but crap teachers, which isn't great for most undergrads. If YOU like a uni and YOU think you'll be happy there, if it offers the course YOU want to take and offers you reasonable industry links, then go off the way YOU feel and not what other people say.
0
reply

lazza
Badges: 15
Rep: ?
#12
Report 12 years ago
#12
westminster was the first polytechnic. the russel group/oxbridgers don't really like polys. the harrow campus is really friendly (that's where merch is? i think i stood outside the merch tutor's office while trying to find my design tutors office...)


my fave is definitly trisha. and we can't forget the feeling can we
0
reply

star888
Badges: 0
Rep: ?
#14
Report 12 years ago
#14
(Original post by lazza)
westminster was the first polytechnic. the russel group/oxbridgers don't really like polys. the harrow campus is really friendly (that's where merch is? i think i stood outside the merch tutor's office while trying to find my design tutors office...)

i don't know much about the fashion buisinesses courses but with the rep of our fashion course it'll probably be a good place to study
I take it your're still there? Whats the design course like anyway? Im also interested in design

Lol thought i would take the safer route though......as long as its still fashion based.
0
reply

StotheL
Badges: 0
Rep: ?
#15
Report Thread starter 12 years ago
#15
(Original post by Dionysus)
Is this a serious thread? Without any offence to Westminster, it is most definitely not a good university and you'd get in with virtually nothing.
No, I decided to write up the thread for a bit of banter. You know, no purpose really.

Of course this is a serious thread you moron. I can understand the prejudice towards polytechs, where I'm from, grammar schools are valued higher than high schools. A lot of people assume students from high schools generally don't care about careers and only associate with others from grammar schools (I'm currently at a grammar school). So, yeah.

Anyway, I was talking about the University of Westminster. The fact I want to do a fashion merchandising/buying management course limits what unis I can go to, for example if I wanted to do law, or something I would have plenty more universities to choose from.

At my school a lot of pupils tend to go to Newcastle/Northumbria, that's all I ever hear about! I don't want to go there though, no desire to whatsoever. So yeah, I want to study within London, at a reputable university. Sitting on AS level B grades, I've experience though, I go buying for my dads company, so I guess I'm learning already. Anyway, any help whatsoever will be highly apprecited.

For those who assume fashion based courses are "micky mouse" subjects for those who lack desire to do anything academic, please do not bother replying with any petty insults. Also, I've heard the london college of fashion isn't all it's cracked up to be? I fancy going to a university with an all round feel, I don't want to be stuck with a bunch of girls obsessed with dieting, I want to meet people from many areas. HELP! thanks.
2
reply

Dionysus
Badges: 15
Rep: ?
#16
Report 12 years ago
#16
(Original post by StotheL)
For those who assume fashion based courses are "micky mouse" subjects for those who lack desire to do anything academic
How can anybody really argue otherwise? In what way is a 'fashion' course useful in its own right? You could do plenty of more serious degrees and pursue the same careers.


Also, I've heard the london college of fashion isn't all it's cracked up to be?
The ability to use punctuation correctly is also a bonus when applying for Universities.
1
reply

StotheL
Badges: 0
Rep: ?
#17
Report Thread starter 12 years ago
#17
In regards to your post Dionysus, I can safely say your reply has benefited me in no way. Apart from informing me of your generaly 'snootyness'. Let's see, I want to secure a job as a fashion merchandiser/buyer. I highly doubt taking a degree in law would help me. Also, incase you haven't noticed. This is NOT my university application form, therefore I really don't care for my punctuation skills. Lovely chap you are!
0
reply

Dionysus
Badges: 15
Rep: ?
#18
Report 12 years ago
#18
I'm not contesting your decision to go to this type of establishment or do this course, but am just astounded by the number of people who do so under the illusion that it will significantly enhance their job prospects when they graduate.
0
reply

woody1989
Badges: 0
#19
Report 12 years ago
#19
Okay, I can't remember how you do it but I wanna give you some advice before you actually apply for certain ones.

All of UoW halls of residence are awesome, but I'm currently living at Furnival House. And I must say there's not a better place to live.

You're in zone 2 and campus is - at fastest - 20 mins away and there is always a nightbus back from central (N20).

The surronding area is lovely; and upper class with lots of nice little pubs and up the road is an awesome celeb bar/pub hangout - The Boogaloo.

The house itself is absolutely brilliant. Security guard is actually helpful AND Babrara the receptionist is a legend. It has a common room that never shuts and has a placement scheme with those in America - and other countries such as Mexico, Sweden, Denmark and Spain - whereby you mee so many different people - it is amazing!

Any questions; message me.
0
reply

StotheL
Badges: 0
Rep: ?
#20
Report Thread starter 12 years ago
#20
Ah thank you for the advice! I've just added you to message you, so excuse my sketchy email address, it was created when I was about 10 and now I cannot be bothered to change it! Thanks.
0
reply
X
start new discussion
1
2 3 4
5