Watch
Find out more about this uni Look at our Official Guide
View our Open Days
Check out courses and reviews
Chat to us
Who's getting places?
Visit our site
start new discussion reply
1 2

dreams_wish
Badges: 1
#1
Report Thread starter 13 years ago
#1
i have applied for Business Information Technology in Manchester Metropolitan and in University of Salfrod and got places in both, as well as that i am confident that i will get the grades required.
But am not sure which university is better for this BIT subject and better in terms of reputation..
0
reply 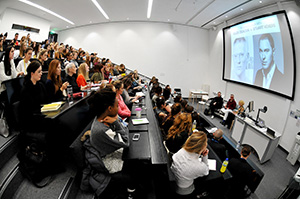 The Official Guide to Manchester Met 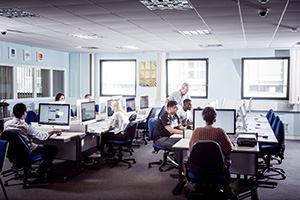 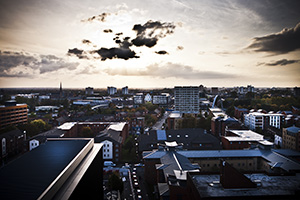 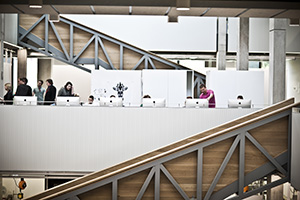 kftjkp
Badges: 0
Rep: ?
#2
Report 13 years ago
#2
Salford...even though MMU has a resonable Business/IT department it is still seen by employers as a university where people who just want to party go.
0
reply

d0mz
Badges: 13
Rep: ?
#3
Report 13 years ago
#3
MMU is a lot more central to Manchester and the business school is actually pretty impressive. The accomodation is probably a lot better too. I hear nightmare stories about Salford being dog rough.
0
reply

kftjkp
Badges: 0
Rep: ?
#4
Report 13 years ago
#4
It really isn't that bad -- not only that getting into manchester from salford is 6 minutes on the train.
0
reply

dreams_wish
Badges: 1
#5
Report Thread starter 13 years ago
#5
well am not really moving out and i have been to MMU's open day and it was ok and salford's open day is on sunday 24 fec so then i'll see which one was better..

I'll just have to wait and then see ...thanks for replying anyways

AT82
Badges: 0
Rep: ?
#6
Report 13 years ago
#6
Salford is also very central and living costs are a lot cheaper (if you were to move out). Salford also has a nice campus atmosphere's which makes it a very friendly place.
0
reply

since both uni have almost the same entry pt median.

think about salfordis 60's university and mmu is 90'.

so salford is not working hard at all comparing to the other 60's unis, like bath ,warwick....

the rest is location location and location, mmu win and will win further(unless the whole campus move to salford). one more thing, mmu all the time is top ten most popular uni choice for those ucas applicants.
0
reply

Also living costs at Salford are much lower, and its still only 15 mins walk to the Arndale centre.

Salford is still higher than MMU in most the league tables but obviously it depends on the subject, MMU is better for some subjects, Salford is better than some. It is all a matter of choice, I personally loved the campus aspect of Salford it is a lot more friendly than MMU which is spread out all over the place.
0
reply

Eubacterium
Badges: 13
Rep: ?
#14
Report 13 years ago
#14
(Original post by AT82)
MMU are one of the most popular, but they also have a much higher drop out rate than Salford.
One of my friends who graduated from MMU had some strange experiences such as living in halls with people who couldn't speak English and lecturers not knowing what to teach.

(Original post by kk8899)
since both uni have almost the same entry
You can't evaluate an uni just on what grades they ask for, I went to a uni (which I dropped out from) which put 2 Cs in its prospects but actually let in anyone which the minimum requirements by law (2 Es).
0
reply

how do u know salford is not doing the same thing or have the same type of teaching?? since they also have some dept asking for very very low grade too, so be fair.
also, see the NSS. salford is not a particularly satisfied uni from the pt of their final yr student.
0
reply

The fact is MMU is in better area (such as the perception) therefore its entry standards should be a lot higher than Salford's.

The reason it is so popular is its because its the easiest way you can study in a very popular city called Manchester.
0
reply

aston should ask for much higher grade than that in birmingham
and london met should be the top 5 most popular uni(or even higher since they r in london) too?? lol
0
reply

Drewski
Badges: 19
Rep: ?
#18
Report 13 years ago
#18
(Original post by kk8899)
salford's environment is not pleasant at all compare to the city campus of mmu.
Only if you like being in big cities.
Just because *you* didn't like it, doesn't mean everybody will.

and this forum is for showing personal opinion and nothing wrong with it at all. or should i just showing "urs feeling" as mine!!
0
reply

Your opinion is that the city centre-based campus of Man Met is better than the [in the case of the main campus] a park-based campus.
There are some people who'd disagree with that. And as someone who has been through both environments [Salford because I study there and ManMet because many of my friends do] I prefer the Salford layout.

You are quite right, there's nothing wrong with showing personal opinion - that is what this forum is for - but saying somewhere is "not pleasant at all" is not the same as saying "I don't find it pleasant".
0
reply
X
start new discussion
1 2