The Scarcity and Surplus of Instrument Types

TheGame314
Badges: 10
Rep: ?
#1
Report Thread starter 3 years ago
#1
For my Gold Arts Award, I had to write an essay on an issue in the arts and share it in public, so I'm posting it here. Any feedback would be much appreciated, as well as further discussion on the topic!

Why the flute section is as long as a semibreve in Lento, and the cello section? A demisemiquaver in Presto

I am going to be writing about the surplus of players of some orchestral instruments, and the scarcity of players in others.

First, a little about my own experience.

I have never met another cellist under the age of 18, but I’ve probably met about 40 flautists in this age category. Despite this, in the standard orchestra, there should be about twice as many cellists as flautists.

In my school, we have 12 flautists, 3 clarinets, and no oboes in Senior Wind Band. One musician plays the tuba and the trombone parts. And in my school, nobody plays the double bass, bassoon, contrabassoon, piccolo, or harp.

In my district youth orchestra, I am the only cellist. We have had bassoons, French horns, and oboes in the past, but we do not reliably have one at every practice. We have no euphonium, no piccolo, no bass clarinet, and never have had.

If not enough people take up an instrument, there will not be enough for school and local orchestras. This limits the amount of music which can be played. It also means these instruments run the risk of dying out altogether.

Why so many of some orchestral instruments, and so few of others?

To find out, I decided to ask some of my friends, most of whom play popular instruments, why they picked their specific instruments.

Spoiler:
Show
N (violin): Convenience, probably. My school didn’t have a range of instrument teachers and if I remember correctly, it was a choice between piano, violin, guitar and some woodwind and brass instruments. Violin just happened to be easy to carry around. More people teach instruments like violin, piano and guitar than instruments like oboe, harp, timpani and whatnot. Especially in a school like ours where musical ability isn’t a forte. I just made an unintentional pun

S (piano): Oki doki. Well it started with my grandma she also played the piano and would perform to all the people around her village everyone loved her playing. Whenever I went to Sri Lanka I would listen to her playing. She inspired me.
There was that one time when she performed in a big hall and there was celebratarion and happiness all around. I was about 7 and I wanted to play. So I started. Now that my grandma has passed away recently. I am going to try my hardest to be just like her one day. I have planned when I have become really good to perform in that same hall she did. To show all the people in her village that there is still that musical happiness that’s still there. And that it hasn’t vanished. But is still going on. I want to finish off what my grandmother did for everyone. Which was to keep everyone smiling. But that’s only if I can. So that’s why I choose piano. Since my grandmother inspired me.

R (piano): Because the piano is lit. Well. I was 6 I just chose the best one. And we didn’t choose the tuba because we didn’t have one. The piano is a big scary man ready to fight he doesn’t need petty little instruments around him

P (piano): I’ve always loved how the piano sounds and I’ve always wanted to compose my own pieces. Since I was little I wanted to be able to move up and down the piano you know like in the movies playing beautiful melodies 😊

B (piano): I chose piano because i thought it was a very practical instrument and if i wanted to learn marimba or glockenspiel when i was older then i would have a headstart as they are similar

J (flute and piano): Well I first started the flute in like year 3 because there was this popular cool girl who played it and I was like oh right the flute is pretty cool and I liked the sound it made and then I started it up recently for dofe and then the piano because my sister did piano and so we've always had it in the house so I thought might as well. Also my granddad plays the flute so that kinda "inspired" me as well

J (piano and singing): i guess the inspirational people and the variety of music you can play and the sound of the instrument

M (clarinet): I took up clarinet because I wasn't allowed to take up saxophone, due to having not played a woodwind instrument before. Also Squidward was my favourite Spongebob character and he played clarinet

E (trombone): I just wanted to use the slide on the trombone while playing and I always thought it looked fun. My mum chose the ukulele because it is fun and easy to play she was also influenced by her friends that play ukulele as well but my dad was forced to play the trumpet and drums in a band as they were the only things left to choose from.

E (singing): I sing because my voice is strong enough and i trained my voice from a young age, And its free

B (ukulele, violin): Well I learnt ukulele because I found the sound of it nice(?) And that it isnt really a instrument played a lot in music compared to a guitar. And then violin was because I was getting into instruments and that was the only option

This is my own experience:


Spoiler:
Show
Recorder- I noticed a recorder and a recorder book in the house, and decided to teach myself.

Flute- One of my friends took up the violin, and I decided I wanted to learn an instrument. I picked up flute because I liked the sound. My parents paid for instrumental lessons at my school.

Guitar- Instrumental lessons were provided cheaply in groups at my school. We did a class activity on the guitars, and I was hooked.

Steel pans- It was offered as an after-school activity at my school. My parents paid for me to attend.

Ukulele- It was offered as a free lunchtime club at my school. I bought my own ukulele and attended.

Alto saxophone- I was bored and struggling with the flute, and my flute teacher also offered lessons in saxophone, so I changed instrument for two terms.

Cello- There were no cellists at my school, and the school offered a 25% discount on lessons as a consequence. I loved the sound and wanted to learn a string instrument.

Clarinet- All the clarinet players at my school were leaving, and my flute teacher thought I would be well suited for it. Additionally, I could do it for my Arts Award!

From my own experience and my friends’ responses, I have found a few key factors which determine whether a person takes up an instrument, and which they choose:

Cost: Can it be learnt for free? Do they need to buy an instrument? Can they afford instrumental lessons? Are some instruments cheaper than others? Are bursaries available?

The orchestral instruments which seem to have a fairly high uptake of students are flute, clarinet, violin, and trumpet. Piano is, by far, the most widely played instrument. The reasons these instruments are played so much are that lessons are widely available, the instruments are well-known and played by lots of people, they are affordable, and portable (or in the piano’s case, ubiquitous).

The orchestral instruments which do not tend to have such a high uptake are piccolo, oboe, bassoon, viola, cello, double bass, harp, trombone, tuba, timpani, euphonium, and French horn. Reasons may include that these are more expensive, lessons are not widely available, some of the instruments are not well-known, and they tend to be larger, less portable instruments.

Some people would argue that it is acceptable for instruments to die out- a matter of natural selection, with only the best remaining relevant. 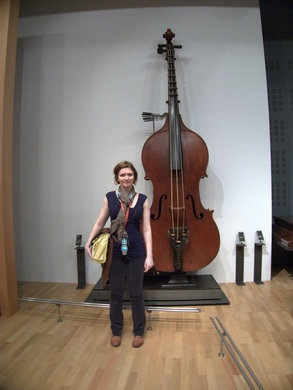 Instruments like this, the 13-foot octobass, can be simply too impractical for transport and being played. 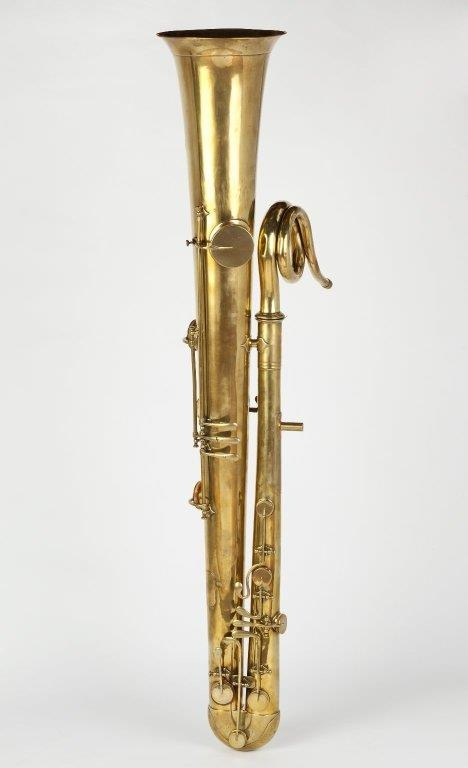 Instruments like this, the ophicleide, are simply amalgamations of others- in this instance, the saxophone and the tuba.

With regards to modern instruments, it is arguable that the viola is adequately represented by its closest relative, the violin, and another string instrument, the cello- or that the euphonium is simply a small tuba. The instruments could thus be regarded as useless.

However, I believe that there are some instruments, like the oboes and bassoon, the only double reed instruments- which are irreplaceable. No other instrument has a similar timbre, even if the note ranges are covered. We run the risk of wonderful pieces of music being unplayable if nobody plays the instruments which they are written for.

How can we get people to take up these less common instruments?

I think making them available is a first step. If schools have these instruments available for borrow or hire, then the opportunity to learn them is opened up to more students. Furthermore, if there are lessons available in school, people are vastly more likely to consider an instrument.

Finally, I think we need more representation of these instruments. If not enough people take up an instrument, then a vicious circle emerges: there are no teachers and no one has heard of the instrument. Once less common instruments start to become more popular, more people will be exposed to the instrument and opportunities to play it.

Let these instruments become seen on television. Let there be musical events which celebrate them. Let people see that scarcity creates demand- and in fact, taking up a less common instrument may open up more opportunities than a common one, as players are in such demand.
1
reply
X
start new discussion
Page 1 of 1
Skip to page: