An ardent fan of the Argentina football team and its captain Lionel Messi, Dinu Alex, allegedly committed suicide after the team's poor performance in the World Cup, Kerala police said. The body of the 30-year-old was found in a river on Sunday.

Dinu Alex was missing since June 21, when he left his home in Arumanoor. He reportedly left a note in his room, saying he did not want to live anymore as he was upset over Argentina's 0-3 loss against Croatia in the World Cup. His family filed a missing person's complaint following which the police along with fire brigade personnel launched a search.

In the suicide note, Dinu Alex wrote "Nothing is left for me to see in this world. I am leaving. Nobody is responsible for my death," said the police. In one of his books he had reportedly scribbled "Messi, my life is for you, waiting to see you lift the Cup," and in yet another book Alex wrote, "My team is starting its journey, carrying my life."

Two days later, his body was found about 10 km from his village, near Illickal Bridge, in Meenachil River. 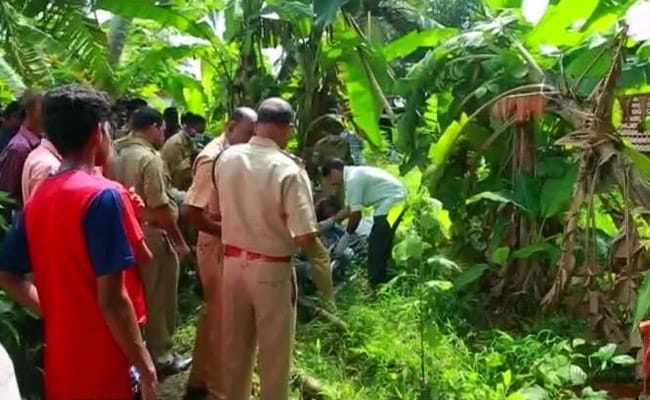 The body of 30-year-old Dinu Alex was found in a river on Sunday.
Alex's father told the police that his son was a great fan of Lionel Messi. His family last saw him watching the match between Argentina and Croatia said the police.

Argentina is at the bottom of the Group D, with just one point from their two games in the World Cup in Russia.

10COMMENTS
Dinu Alex was a chemistry graduate and was working as an accountant with a private firm.

Recently, a football crazy fan from the state cycled all the way to Russia to watch the tournament and realise his dream of meeting Argentina's living legend Lionel Messi.
0
reply

karl pilkington
Badges: 20
Rep: ?
#3
Report 2 years ago
#3
He must have had other problems and been in a pretty fragile state.
1
reply

username3941996
Badges: 22
Rep: ?
#4
Report 2 years ago
#4
Some fans feel so passionate about their team. So no wonder these types of things happen. Reminds me of the colombian captain who were killed because he caused his team to crash out of the world cup.
0
reply

EZBOYZ
Badges: 5
Rep: ?
#7
Report 2 years ago
#7
Probably just used it as an excuse, no way he was living a great life and then when Argentina lost he kills himself
1
reply

Radioactivedecay
Badges: 16
Rep: ?
#8
Report 2 years ago
#8
(Original post by Jeremyknucles69)
this is why the world cup is bad
But it's not though. This guy clearly had problems, no sane person would kill themself after a football loss, you can't blame the world cup.
0
reply

AngeryPenguin
Badges: 18
Rep: ?
#9
Report 2 years ago
#9
(Original post by Jeremyknucles69)
this is why the world cup is bad
Far more people kill themselves over worthless celebrities.
0
reply

Bang Outta Order
Badges: 20
Rep: ?
#10
Report 2 years ago
#10
this is what happens when you over hype one man as a superhero for kicking a ball: an Indian man ends up in the river

El Salvador
Badges: 21
Rep: ?
#12
Report Thread starter 2 years ago
#12
(Original post by FarhanHalim)
He’s not even Argentinian...
Perhaps he identified as an Argentine?

Y1_UniMaths
Badges: 18
Rep: ?
#13
Report 2 years ago
#13
Thing is Argentina are most likely going to advance anyways so there must’ve been something else going on in his life to put him in this state.
0
reply
X
start new discussion
Page 1 of 1