LoukaGreen
Badges: 13
Rep: ?
#1
Report Thread starter 2 years ago
#1
I have a few ideas for a programming project I have to do next September. I want to start coding it now so that I have an idea of exactly what I want to do and can feel more confident whilst coding.

The programming language we have to use is Unity. The only problem is I don't know where to write the code in the Unity program.

Can anyone help and tell me where I need to write my code in order to test program my gaming ideas.


This is the screen I get when I open up the Unity program. 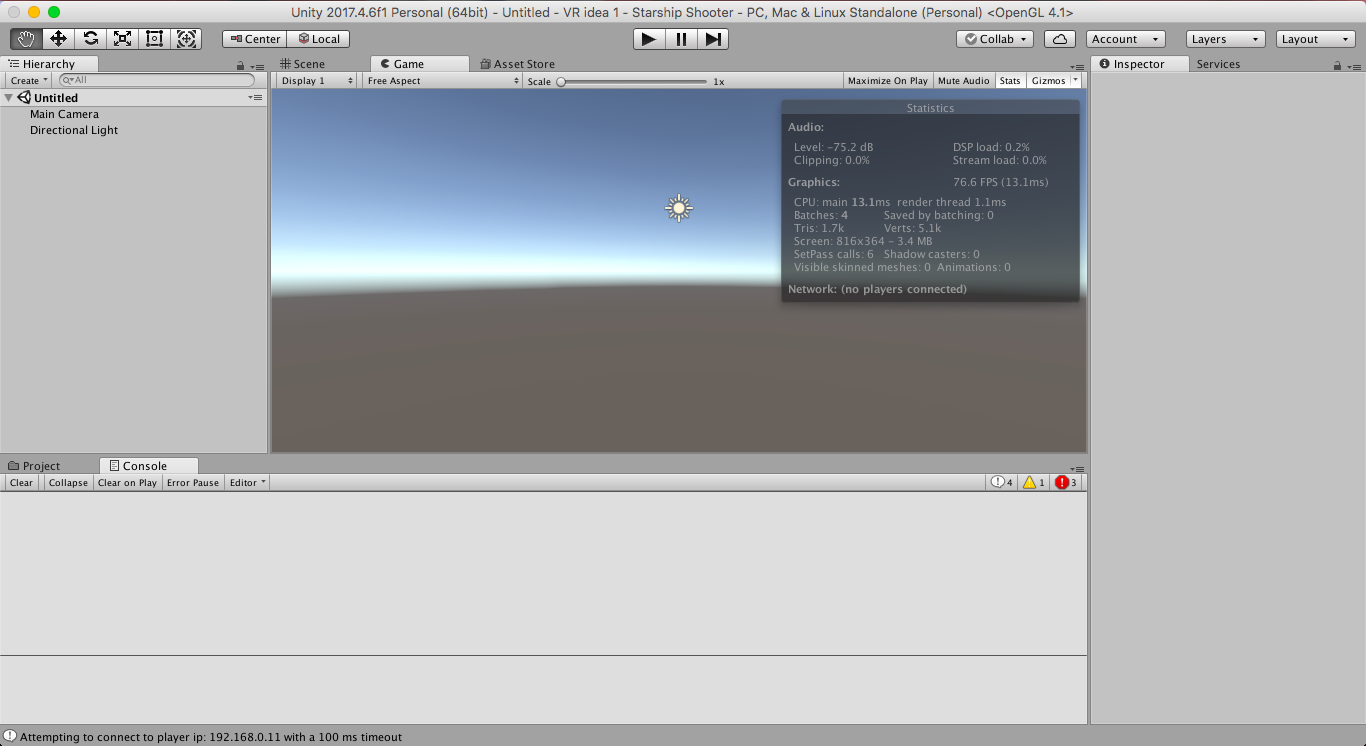 winterscoming
Badges: 19
Rep: ?
#2
Report 2 years ago
#2
Unity is a game engine rather than a programming language. The programming language that most people use with Unity is C#
(There is also an 'older' language called UnityScript, but this is being phased out in favour of C# so I'd recommend avoiding that and sticking with C#)

You can use the Unity editor to create a new C# file containing some basic/empty code structures, although as far as editing this, Unity should have been installed with an Integrated Development Environment (IDE - a tool for editing code) called Microsoft Visual Studio Community Edition - you would normally use this to edit your C# code. If it's not installed, then it's a free download from Microsoft's website. Alternatively, If you're using an older version of Unity it might have installed with a different tool called MonoDevelop, but MonoDevelop is also being phased out by the Unity team in favour of Visual Studio.

However, if you're completely new to programming or new to C# then I'd suggest concentrating on the basics of programming first otherwise the structure and syntax of C# will probably overwhelm you a bit.

Have a look at this for a free introduction to programming in C# using Unity: https://www.coursera.org/learn/intro...gramming-unity
(Click the 'audit' link on the enrol page to access it for free).

The official Unity website has some videos too: https://unity3d.com/learn/tutorials/...olute-beginner
And the Unity documentation: https://docs.unity3d.com/Manual/Crea...ngScripts.html
1
reply
X
start new discussion
Page 1 of 1