Why is fake food not being addressed?

Zeetingman
Badges: 17
Rep: ?
#1
Report Thread starter 1 year ago
#1
I feel like I never hear about fake food on the news. They will tell you about fake clothing, fake electronics or fraud but I never hear about fake food which is a real problem. There's fake rice and fake cheese products that that are plastic being sold in our supermarkets and it's like nobody is bothered. This is food we put it into our bodies that millions of people buy it should be a massive issue but for some reason we just never hear about it unless you do your own research on the food you eat.
5
reply

ByEeek
Badges: 19
Rep: ?
#3
Report 1 year ago
#3
Could you give some examples of "fake" food e.g. rice? We talk about [email protected] cheese like cheese string as being plastic but it is actually derived from real cheese in a process that effectively allows manufacturers to add water but maintain taste and consistency. In other words, it makes the actual cheese product go further increasing profits. But it isn't actually plastic.

So could you give some examples please?

And if you do have some concerns you can always contact trading standards or the Food Standards Agency who regulate the food industry.
2
reply 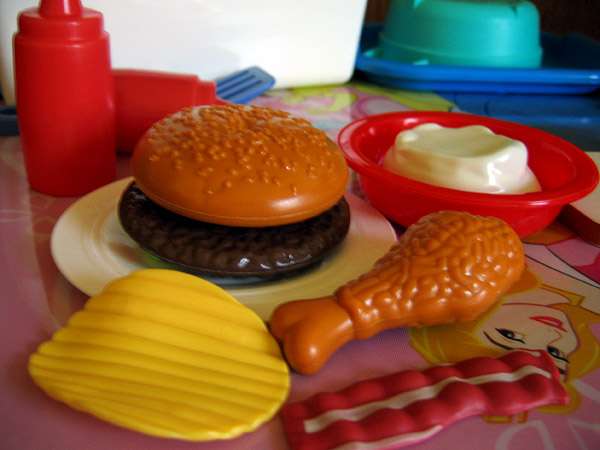 Retired_Messiah
Badges: 20
Rep: ?
#10
Report 1 year ago
#10
I am perplexed as to how three people somehow agreed with you enough to rep the OP when I'm not even sure you know what you're on about. Cheap cheese is basically toxic waste, this is known. It is not, however, plastic. It is cheese.
2
reply

Picnic1
Badges: 18
Rep: ?
#12
Report 1 year ago
#12
Anything that says 'Flavour' doesn't have to contain anything like it in it. It just hopefully tastes like it.

Anything that says 'Flavoured' does have to contain that thing in it.
0
reply

mojojojo101
Badges: 17
Rep: ?
#16
Report 1 year ago
#16
I remember a report from a couple of years a go that something like 80% of Italian Virgin olive oil is not what it claims to be. It's either lower grade olive oil, oil not from Italy and in some cases not even from olives...

You could also use some of the more recent revelations about meat packing factories in the UK changing dates and repackaging returned stock as evidence of 'fake food' in that it is not what is stated on the label.


The reason why this stuff is important is quite simple really; the integrity of distribution networks. If there is a public health crisis linked to some food but the source and path that food took through the distribution system cannot be trusted then how do you work out where the problem is?
0
reply

ByEeek
Badges: 19
Rep: ?
#17
Report 1 year ago
#17
(Original post by TheStupidMoon)
Horse meat in beef,fake rice, sawdust in tea or spices, lower quality substitutes, dog food in human food.
That's hilarious. Have you never stopped to think what dog food actually is? Mean e.g. beef, chicken in a gravy with vegetables, last time I looked. It isn't my bag, but it is perfectly edible by humans. What is fake rice - examples? What are lower quality substitutes? Of course cheap food has lower quality substitutes. Sausages (without the word pork) only need 20% meat of which 50% of that can be fat and other non-meat items. They aren't fake though. They are made to the law. Pork sausages have 40% meat of which 50% can be fat and gristle. Not fake though.

Again - care to give some examples? Horse meat was dealt with a few years ago and continues to bubble up in some quarters.
0
reply

TheStupidMoon
Badges: 13
Rep: ?
#19
Report 1 year ago
#19
(Original post by pingpong888)
I thought there was a Trades Descriptions Act.
It means nothing if no one tests and enforces it.
0
reply
X
start new discussion
Page 1 of 1