A Guide to the Liberal Democrats

What future path is right for you? Take our quiz! >>

04MR17
Badges: 22
Rep:
? You'll earn badges for being active around the site. Rep gems come when your posts are rated by other community members.
#1
Report Thread starter 3 years ago
#1

A Guide to the Liberal Democrats


You may have heard of the Liberal Democrats before, but who are they? What do they stand for? This guide tells you all of this and more.

This thread is inspired originally by sarcastic pratchett fan, and is part of TSR's Guide to UK Politics. 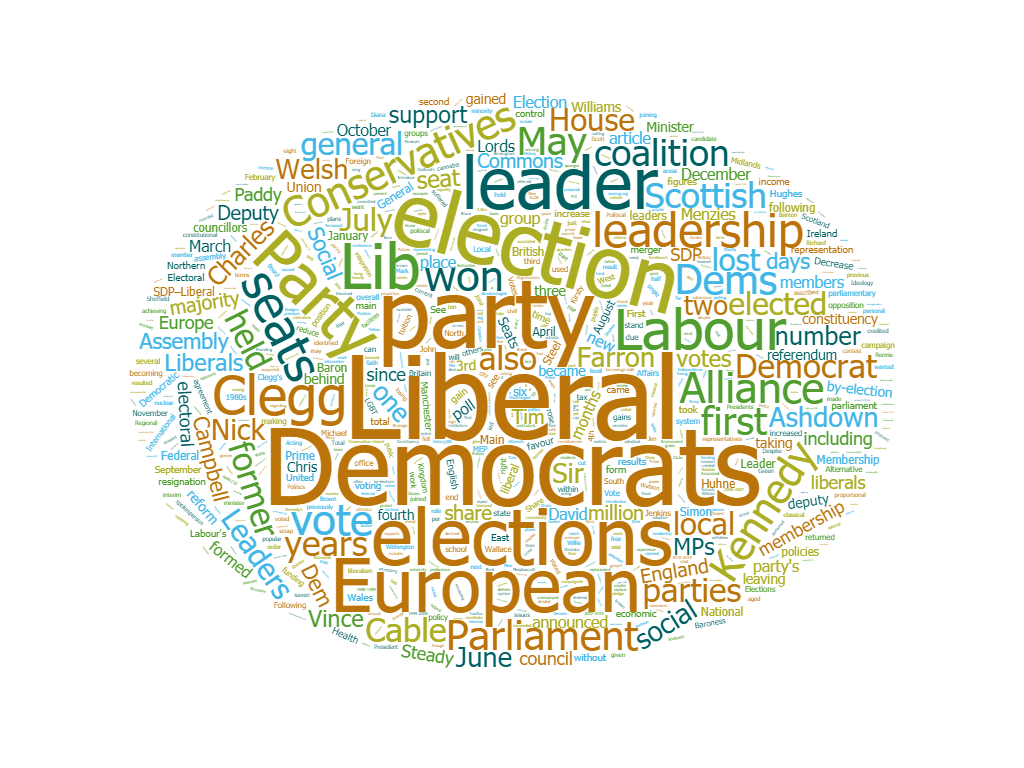 Summary/Ideology - Economically centrist, they favour of high taxation but would spend more of the money on the NHS, education etc and less on benefits compared to Labour. However unlike the other two parties their main emphasis is more on social aspects than economics. Socially they just happen to be liberal. They would not legalise drugs or euthanasia, but might adopt a softer approach. However they would most certainly oppose ID cards or 42 day detention without trial on the grounds of it breaching our civil liberties. The core ideology of the Liberal Democrats is libertarianism.

History
With origins in the Whig party which began in 1678, the Liberal Party was formed in 1859 by William Gladstone. Since then it's had several successful governments, including those ran by Herbert Asquith during the First World War, and David Lloyd George during the war's aftermath. The party has featured many prominent individuals from Winston Churchill (for a time) to William Beveridge, and has been responsible for many developments in Britain, most notable the first formation of the welfare state.

Current Information(correct as of October 2018)

The party's 2017 General Election manifesto can be found here. One of their key policies is to ensure their is another "people's vote" on the Brexit deal the EU faces, something which is a contentious idea (for more thoughts on Brexit see this thread). The party is incredibly pro-Europe.

In 2010, under Nick Clegg the party ran with a flagship policy of ending university tuition fees. After entering a coalition government with the Conservative party this policy was then abandoned, and that government then increased tuition fees - something which badly damaged the party's credibility.

Also in recent history the party has campaigned for better Mental Health provision within the Health system and appropriate funding for that.

If you're interested in politics, or curious to talk about it more, you can check out the TSR Liberal Democrats in the Model House of Commons here.
Last edited by 04MR17; 3 years ago
1
reply
X
start new discussion
Page 1 of 1
Skip to page:

Have you ever considered or are you currently considering an apprenticeship?