The Universities Minister is live on TSR on Friday 10th April at 11am! Ask a question here >>

One of my flatmate has always been very wasteful in terms of gas and electricity. I don't mind the heating on some hours a day but when I see her walking through the flat in a T-shirt, with the windows open and the heatings on, I get so fed up. Moreover, she's the only one in our flat who uses the tumble dryer and who has a TV in her room.

During a 'flat meeting' we discussed this and she got so angry that she started yelling at us and smashing door - she confessed she has anger issues.

I don't really know what to do. Since mid-February her boyfriend also moved in but he's not included in the bills. I wanted to ask her to pay more than the rest of us but we're all terrified of her mood swings. What can I do?
0
reply

R_J_Fenton
Badges: 2
Rep: ?
#2
Report 1 year ago
#2
Sometimes, you have got to be a bit brave (even if you're anxious) and confront things. In a nice way. I'm guessing you all share the bills equally - and most likely will have a no sub-letting clause in your tenancy? Did she ask if it was OK for the boyfriend to move in? If she didn't get your permission she really ought to have.

You'll have to let the use of the tumble/tv go - that's fair usage and I doubt she'd be restricting your use of the same. But you could explain how you are worried about finances/bills, another person will inevitably push the bills up and you are happy (if you are??) for him to be there providing the bills are recalculated and divided per head?

Text to say you'd like to have another chat about the flat share, you don't want to row but would like the chance to discuss some things in a calm and peaceably way. That way she can prepare herself for the discussion. Write down and rehearse what you want to say so you don't 'stumble' during the talk. The worst that can happen is that she can blow up again. In which case, do you really want her to continue with the flat share?

doodle_333
Badges: 18
Rep: ?
#3
Report 1 year ago
#3
You need a house meeting and for everyone to say the same thing. Decide in advance what you want eg how much she should pay extra, how high the heating can be at what times etc. If she acts like a child then tell her you'll be informing the landlord about her bf unless she complies. It is not acceptable for an adult to kick off that much about heating.
0
reply

hallamstudents
Badges: 18
Rep: ?
#4
Report 1 year ago
#4
Like the others said -- I think this is a case of a gentle confrontation to avoid her going a little OTT again.
Maybe speaking to her one-on-one is an idea...

I also agree that the TV isn't so much an issue. It would be in your best interest to tell her that using more should result in her paying more.
If she has boyfriend around frequently, and I don't mean once a weekend, then you could ask her about asking her boyfriend to chip in (if he is the one cooking, cleaning, so on and so forth.)

Try to be wary about how much you use yourself and don't try to be too punishing. A lot of people who go to uni halls/accom aren't used to living on their own and can be forgetful. Just bring it about in a nice way!

Wishing you all the best & hope you sort this out

The Empire Odyssey
Badges: 21
Rep: ?
#5
Report 1 year ago
#5
I think perhaps you all should have a sit down with bills in front of you guys. And have an open dialogue about how each one of you can contribute to less money being spent on bills. Even if you others aren't wasting anything, it might make a better impression on the flatmate who is. She might not feel so ganged up on or would have any reason to believe she's being attacked and wouldn't be so defensive. If all of you said 'I can do this to cut down on this' i.e having shorter showers, etc then that way everyone, including the angry flatmate might say 'I guess I can not have my TV on at certain times' etc. If she can't think of anything, give her a gentle push by saying something like 'how about your TV? Perhaps only have it on when you're dedicated to watching something?' If she gets a little defensive then just say 'Let's just try it for one month and see if it makes any difference on our bills'. That way it's a give and take situation - in a diplomatic way.

I think the boyfriend thing should not be allowed. So I would all say something not 'me and the others think'. Have each other speak on why you guys don't like it. Always bring up the contract. If it says no sub-letting or whatever, then she literally cannot argue with that one. Sure, he can stay on the weekend or whatever, but if he's unofficially moved in, you guys have to say it's unfair and it puts you and there others in jepoardy by going against your contract and ya'll are anxious of the consequences. If this fails, I'd personally get your landlord involved because she has to respect you guys and the document she signed and is legally liable for too.

All of you are adults now. So sit down, have a conversation and delegate. Be adults about it. And no petty side comments like 'are you going to storm off again?' Be nice. Bring some cookies or flapjacks! Everyone likes some cookies and biscuits when you're in a meeting. Welcome to the adult world!
Last edited by The Empire Odyssey; 1 year ago
0
reply

fantasmagorico
Badges: 6
Rep: ?
#6
Report Thread starter 1 year ago
#6
Thank you all for your replies. I'll organise a flat meeting as soon as possible to discuss the situation.

Hopefully, she won't kill any of us lol
1
reply

999tigger
Badges: 19
#8
Report 1 year ago
#8
TV not really an issue as they dont use much electricity. Does she need a licence?

Tumble driers shouldnt be used imo unless its winter and an emergency item that needs drying.

Heating , then you usually have a central thermostat and timings so it comes on at set times.

The alternative us she can pay the extra.

BF not an issue imo unless he really has moved in and its only been 2 weeks so far.
0
reply

During a 'flat meeting' we discussed this and she got so angry that she started yelling at us and smashing door - she confessed she has anger issues.
lmfao sounds like you've got a bigger problem on your hands than the lecky bill. O__O'


how about you just dont pay the bill?! then the big ogre will have to pay it to watch her telly lol. tell her "pay it or we'll all be sitting in the dark, i dont give a ****"

go on do it. you gotta get gangsta.

You and OP are penny pinching imo
0
reply

Allie4
Badges: 20
Rep: ?
#11
Report 1 year ago
#11
stop being terrified, she can hardly attack you. if she does just throw her out or call the police

but she does need to pay more if she is wasting more. confront her again with everyone else in your house and tell her straight, be stern. who cares if she gets angry. its better than having to pay for her wastefulness. either that or chuck her out.
0
reply

TheJohnM
Badges: 15
Rep: ?
#12
Report 1 year ago
#12
Kick the boyfriend out and start having relations with her. It’s clear the boyfriend isn’t satisfying her or she wouldn’t be so angry. You need to be a man and 6756 the anger out of her but be prepared for scratches and a bad back when she pounds you into furniture ...angry girls be wild.
0
reply

You and OP are penny pinching imo

username3883544
Badges: 18
Rep: ?
#14
Report 1 year ago
#14
All of the above suggestions plus look for somewhere to live next year without her and her sponging boyfriend.
0
reply

fantasmagorico
Badges: 6
Rep: ?
#15
Report Thread starter 1 year ago
#15
Thank you for all the helpful suggestions. I planned a flat meeting for this week with the others to discuss the problem.

ANM775 I'm not complaining about the TV, but about the rest. If all of us used the tumble dryer, left the lights on when nobody's home or put the heatings on just for the sake of it, the bills will reach the stars.
0
reply

ANM775
Badges: 20
Rep: ?
#16
Report 1 year ago
#16
(Original post by fantasmagorico)
Thank you for all the helpful suggestions. I planned a flat meeting for this week with the others to discuss the problem.

ANM775 I'm not complaining about the TV, but about the rest. If all of us used the tumble dryer, left the lights on when nobody's home or put the heatings on just for the sake of it, the bills will reach the stars.
I think you NEED to research electricity prices more..

with the heating you have a point if its being used excessively [especially if using electric heaters], ...but with everything else you sound somewhat OTT imo as it's literally pennies 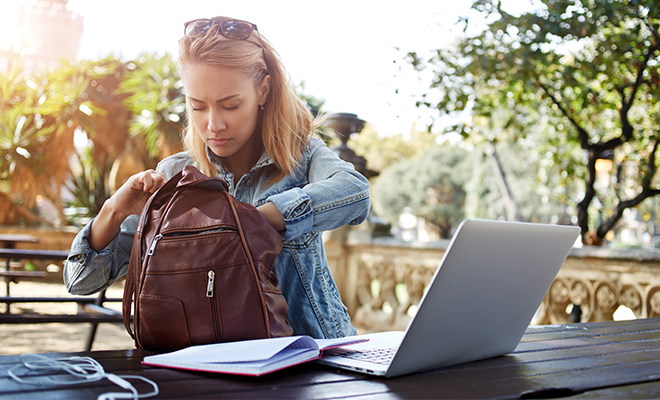