What do you think of my Essay?

criptonight
Badges: 8
Rep: ?
#1
Report Thread starter 2 years ago
#1
AQA Microeconomics Exam Monday 20th May. Tell me what you think of my essay and what you'd give it out of 25 and what I would do to improve. I am typing it EXACTLY how I wrote it so there are GRAMMATICAL ERRORS (bc that's how the examiner will see it, but I have included some bold bits which are for guidance bc its a lot more difficult to judge without the paper and extracts) I am aware of the errors but I just want to gauge the standard of the essay.

https://filestore.aqa.org.uk/sample-...1-QP-JUN17.PDF
Extract C (line 2) states that ‘Many competitors are using digital technology to drive innovation’. Use the extracts and your knowledge of economics to assess whether the benefits outweigh the costs when the Government privatises organisations such as Royal Mail and opens up the market to competition.

Privatisation is the sale of government assets to the private sector. It is done with aim to improve economic outcomes and efficiency.

One reason the government may privatise royal mail is because it will
lead to increases in efficiency. In FIGURE 1, we can see the behaviour of Royal Mail once it has been privatised. Typically a firm with 32.8% market share would produce at the profit maximising level, Qmax and charge price Pe. However, because Royal Mail has been privatised and faces fierce competition, it will be more likely to meet the needs of society to remain profitable and successful. Because there is 'fierce competition' of DPD with 10.3% market share and 10.4% market share of UPS, it is very likely that Royal Mail will charge a price Pc due to the fact it has become allocatively efficient. If it wishes to retain this market share of 32.8%, then they must continue to satisfy the needs of this huge 32.8% hence why the must produce (or post parcels) at the competitive level of Qc. Furthermore, the growing competition means Royal Mail have huge incentive to be X efficient and not incur unnecessary costs like a publicly owned Royal Mail use to when it had no profit incentive. Lastly, we can infer from figure 2 (on the extract in the AQA link btw) that the privatisation has led to dynamic efficiency due to the increased revenue from less labour input.
This may work in theory but we must consider whether these events may follow. Royal Mail has a market share of 32.8%, x3 larger than the next biggest competitor (this info is in the AQA extract in the link) . This means that although they face competition, it is difficult to tell whether the level of competition from UPS and DPD is significant enough to provide incentive to produce at the competitive level and charge the market price. The low profits could suggest that although there is dynamic efficiency, perhaps it is not as good as it would be if the monopoly charged the profit maximising price or if the government didn't nationalise it and used the taxpayers money. So the benefit could outweigh the cost providing competition is truly 'fierce' and profits are significant.

One reason the government may not wish to privatise Royal Mail is that the firm may ignore externalities. Extract C (In the AQA link) tells us about DPD, and its construction of the 'largest parcel distribution service in Europe' that can process and sort '70,000 items in an hour'. This highlights the productive potential of postal firms and shows the scale they can achieve. However, DPD building would've required vast amounts of electricity and oil to 'process more than one million parcels'. The need of this natural resource can lead to negative externalities in production due to a depletion of oil and pollution caused from this distribution centre. From FIGURE 2 we can see a negative externality in production where MSC > MPC indicating society suffers more than DPD would. So by privatising Royal Mail, they too would have to innovate to create systems like this in order to be dynamically efficient and give lower prices. But FIGURE 2 shows us that at this level of production, parcels are actually being over-delivered and they are too cheap. This would lead to market failure where resources are actually misallocated and firms like Royal Mail and DPD are actually producing too much and charging too little for it. This market failure would require government intervention to try and fix this which is costly and tiring. This may be a significant cost from the privatisation of Royal Mail.
This may seem logical but there are other factors to consider. One of which being that FIGURE 2 shows us that parcels are actually being delivered too cheap. So if Royal Mail were to innovate and provide at the socially optimal equilibrium, they would have to produce less. This would decrease their profits and lead to less dynamic efficiency in the long-run due to low profits. Furthermore, a price of P2 (socially optimal level at the socially optimal equilibrium) is actually higher than the free market level would mean that higher delivery costs to consumers could have regressive effects or lead to unequal income distributions. Lastly, a restriction on parcel delivery to the socially optimal level would actually discourage innovative procedures and inventions which could harm GDP growth in the long run. So perhaps in this case, privatisation may not be as good and the costs could outweigh the benefits when social outcomes are considered.

Overall the privatisation of Royal Mail is probably more beneficial than costly. We have discussed the impact on society due to private firms ignoring external costs, but if we consider figure 2 (AQA extract) we can see that there is dynamic efficiency. This means Royal Mail are gaining profit to innovate in the long run, and this innovation funding could be spent in the future on more 'green procedures'. If we consider the macroeconomic outcomes, Royal Mail's privatisation increases competition in the postal market and, as said in the first paragraph, leads to firms producing MORE at the competitive levels increasing GDP.
This is shown in FIGURE 3
*I labeled the diagram showing the shift is because postal firms are producing more now*
*however I was in a hurry as my time was running out so I did a demand shifting right and supply extending but labeled them the wrong way round, so AS is downward sloping and AD is upward sloping - what impact would this have on the essay?

Also, we evaluated that Royal Mail producing at a competitive level depends on the extent of competition. Well, this is why we consider time periods. In the long-run due to the internet and 'rise in online shopping' markets are becoming more contestable. This means that firms like Royal Mail are facing more threat and have to act on it. This would lead to them producing more at Qc and charging lower price at Pc (in FIGURE 1) whilst being allocatively efficient. It would also encourage them to be more efficient making workers more efficient and increasing MRP across the economy 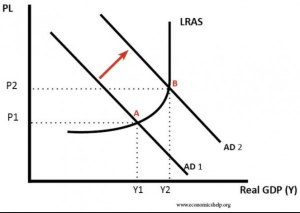 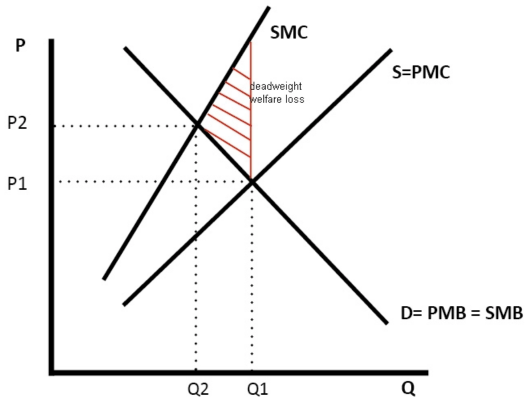 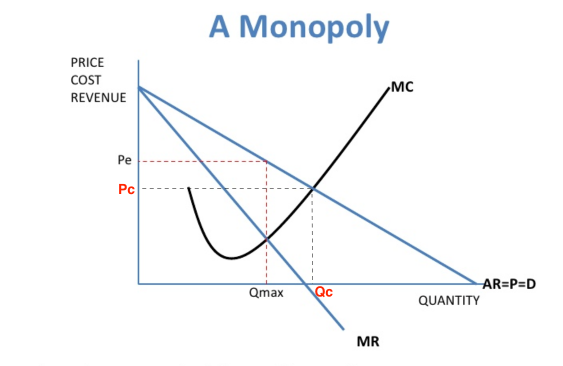 Neha Shukla
Badges: 6
Rep: ?
#2
Report 2 years ago
#2
Thanks for sharing this. I am searching this content. It helps me a lot. Thanks
0
reply

criptonight
Badges: 8
Rep: ?
#3
Report Thread starter 2 years ago
#3
(Original post by Neha Shukla)
Thanks for sharing this. I am searching this content. It helps me a lot. Thanks
Absolutely no problem, wish you good luck in your exams.
0
reply

How are you feeling now you've started university?