Yatayyat
Badges: 14
Rep: ?
#1
Report Thread starter 1 year ago
#1
Can someone please help me with this question 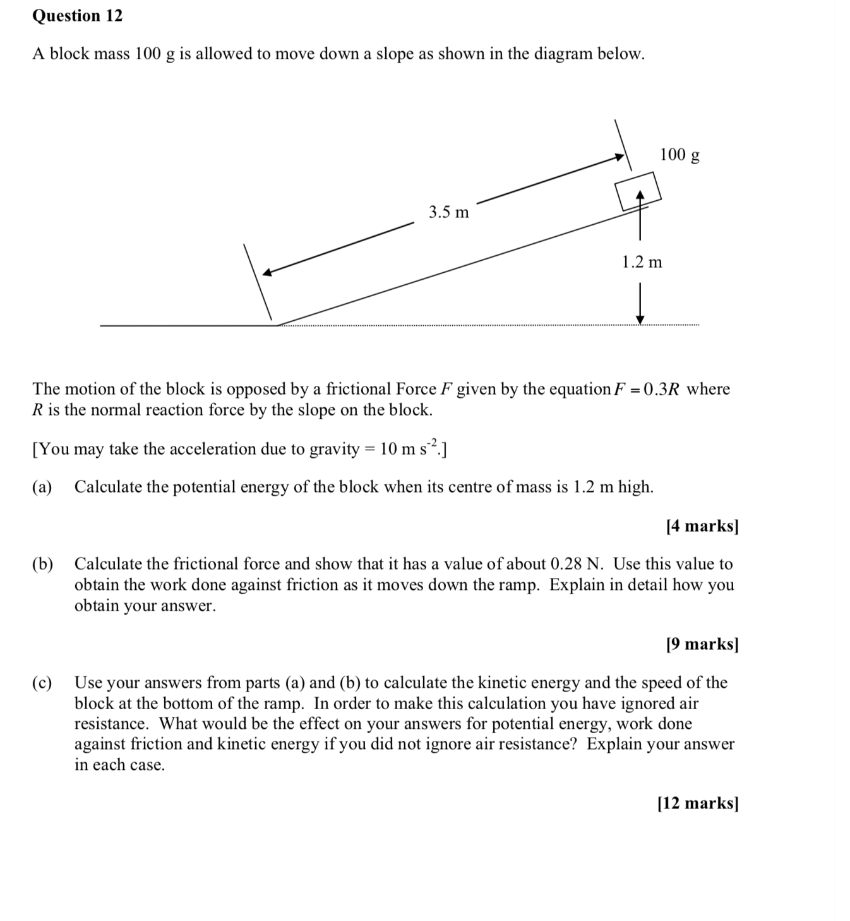 I've done my workings but I don't know how to explain my answer, also I'm not sure if I've done part c) correctly, if so could you tell me what I have done wrong there 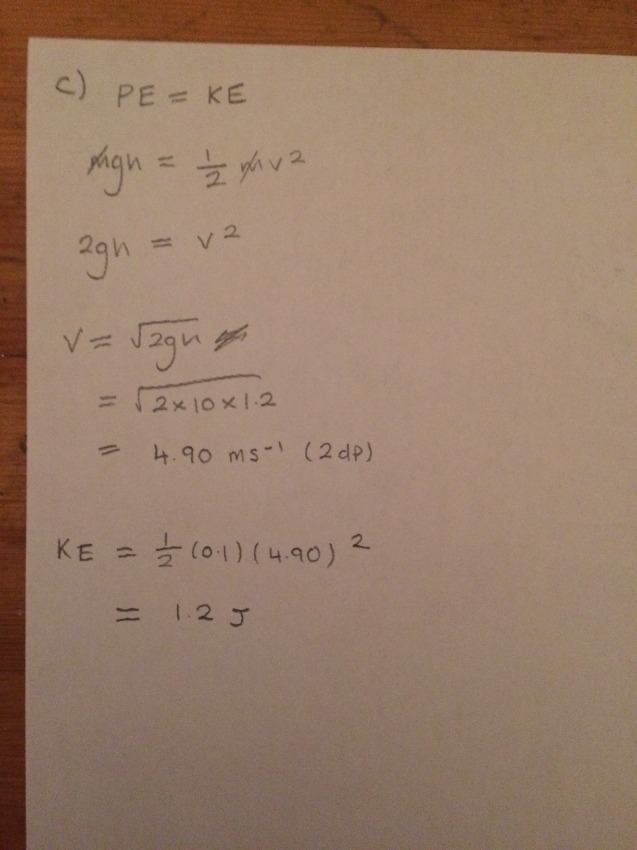 Thanks
Last edited by Yatayyat; 1 year ago
0
reply

I'm not a physicist but I think for the final part:

When air resistance is present, for this example, we can think of it as if there exists another force which opposes the motion. At 1.2 meters, the block has a total energy available equivalent to the gravitational potential energy. But now, some of this energy will have to be used up to overcome also this additional force. So the kinetic energy of the block will be lower as a result and its velocity will be smaller.

I would then state clearly that the friction force in part a and b is created by the sliding motion between the block and the ramp. Lets call this

. I would then state the air resistance is a drag force which is due to the combination of form drag (shape of the block) and skin friction (due to the air sliding along the block and creating a boundary layer). Lets call this

Using this idea, when air moves around the block, there is a resultant force,

which act on the block. Part of this resultant will change the normal,

from that diagram - this is similar to the air over an F1 car creating downforce due to its wing. Note that aircraft do this in the "opposite direction" and create lift. So

may change due to additional forces imparted on the block as the air moves over it. The other component of

as we described above. I won't go into detail about

because I think its unnecessary - but its related to aerodynamics and it could become quite complicated quite quickly, depending how you approach the problem.

I hope that makes some semblance of sense.
Last edited by 0le; 1 year ago
1
reply

Yatayyat
Badges: 14
Rep: ?
#3
Report Thread starter 1 year ago
#3
Thank you so much, I have understood your explanation really well,
it does makes sense what is being said here with the block's KE getting smaller as a result of more PE being used up to overcome the additional frictional force i.e. air resistance and so on and so forth with reaction force changing too which has an effect on Fs due it being dependent on reaction force too