Anonymous #1
#1
Report Thread starter 1 year ago
#1
I transferred into the second year at Bangor University and I'm not sure if it was the right choice anymore.

Because I had an extremely bad family background, it wasn't easy to get there since I had to go through homelessness when I was barely 17 and several other life crises, I had no formal education and only OU accept me, but I wanted to make friends and get the real university life experience which is with OU impossible to get. Since I had to sacrifice a lot get to a brick university I did to lots of research to make sure I will accept the best offer I can get and I decided to go to Bangor.

Unfortunately, the reality here is not exactly what I expected from it. First, psychology class is huge and it's very difficult to get to know somebody because people are already in friends groups. It's not exactly easy to catch up because it's very different from the OU. I was also hoping that it will be more than slide presentations because they have lots of equipment here, including MRI, but all you can be is a participant in their research experiments (Actually, you have to be to get credits)

To get a job in Bangor, especially if you are not local/Welsh/British is very challenging and I still haven't managed to find anything and I'm kind of running out of money so after several presentations about how amazing student services are and how we should use them since we paying £9000+ per year during the fresher week I decided to go there if they can help me out.

So, after at least 20 attempts to get in touch with somebody from money support I was finally 'lucky' yesterday but the lady I spoke to with attitude of the deportation officer had no interest to help me out, if she would say to 'f*** off' it would be basically exactly same because the phone call lasted 43 seconds.
I also had a chat with disability services because I wanted to disclose my cyclothymia, she was alright and advised me to go to the international office (where they said they can't help because I'm not an international student) and said she will send me information about counselling (which she did not) and I finished this day by visiting money support unit office where I mostly talked with the same lady I spoke before and with no interest at all she told me it's same for all students (basically to shut up) after 20 seconds at her office and all I can get is £1.000 next year in March, if I survive.

Meanwhile, all my flatmates already got paid scholarships between £2-5K and one tuition waiver.


To be fair, I had really low expectations from what can I get from the university, but something like a small start-up bursary, advice about scholarships or with maintenance loan for European migrant workers would be nice, but the computer said no. 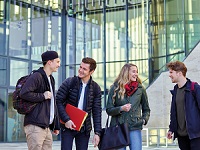 The Official Guide to Bangor University 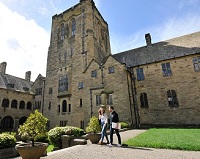 PhoenixFortune
Badges: 21
Rep: ?
#3
Report 1 year ago
#3
(Original post by Anonymous)
yeah, well... thanks anyway.
I'm not sure what advice you want here (as there are no questions in your OP).

While Bangor isn't for everyone (being rural and small isn't to everyone's taste), and you obviously are frustrated with the lack of support sent your way, you also need to be realistic about your expectations. This isn't just an issue with Bangor specifically, but any university you attend. Psychology is a course that typically has a large cohort wherever you study it, and universities will only give bursaries/grants to people who meet specific criteria.

Good luck with whatever you decide to do.
0
reply

Chloe LH
Badges: 2
Rep: ?
#4
Report 1 year ago
#4
Hello,
I'm also a Psychology second year student, and I understand that it can be daunting moving to a new university while friendship groups have already been established, however that doesn't mean that you have to be alone. If you're in the psychology Beangor group chat, feel free to add me (blue haired girl), I'm always about and up for a chat and have room for more in my friendship group.

It's difficult to get a job wherever you go, however I understand it's hard here due to how small it is. I luckily managed to find a job this year, but finding one was difficult. Apply everywhere, even if it doesn't feel like it's somewhere that you'll enjoy. Moneys money at the end of the day. If you're around over Christmas, there's plenty of Christmas temp jobs, especially in places like The Works and W.H.Smith, so try there.

Definitely head over to Rathbone and pick up registration forms for the counselling service. They do group or individual sessions and also offer lots of extra support. The GP surgeries are also so useful so make sure you sign up there too

Hope everything gets better for you, good luck!
0
reply
X
start new discussion
Page 1 of 1