My (Incredibly Late) Grow Your Grades

somerandomtom
Badges: 5
Rep: ?
#1
Report Thread starter 1 year ago
#1
Hi everyone! I'm Tom and I'm a year 11 student currently revising for his GCSEs. Tune into my blog for:

Mock Results
I took my first set of mocks in November (I have another set tomorrow!) and they went pretty well I think. I revised quite a bit, but I left it quite late so I wasn't able to revise everything in as much detail as I would have wanted.

My Interests and Personality
If you want to imagine me, think of your typical nerd and that's basically me. I'm socially awkward, fairly intelligent and really interested in geeky stuff like SciFi and gaming. I'm also really interested in politics, and I'm a Labour Party member. I recently helped to campaign in the general election (Which was a great way to procrastinate mock revision) whch really helped me to improve my confidence.

What I'm doing today
Today I'm revising a lot of English and Maths as those are the subjects where I have 5 exams in the next 3 days (1 English Lit (Poetry and AIC), 1 English Lang paper 1, and all 3 Maths papers.) This morning I went through a further maths past paper and then did some memrise French vocab revision. I then took a break and went over my Power and Conflict quotes. The way I like to revise quotes is using Anki at first, then go into a blank document and type out all the quotes that you can remember. Here's an example of the one I did earlier: 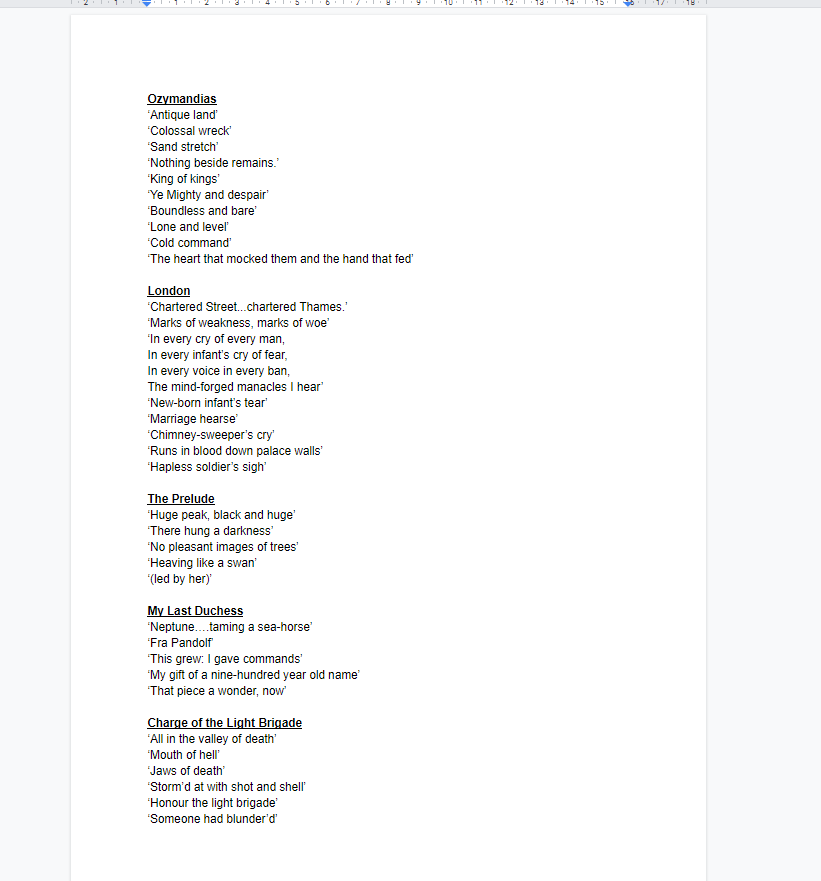 After that, I did a practice English Literature Paper for the poetry. Here's the first bit of what I wrote: 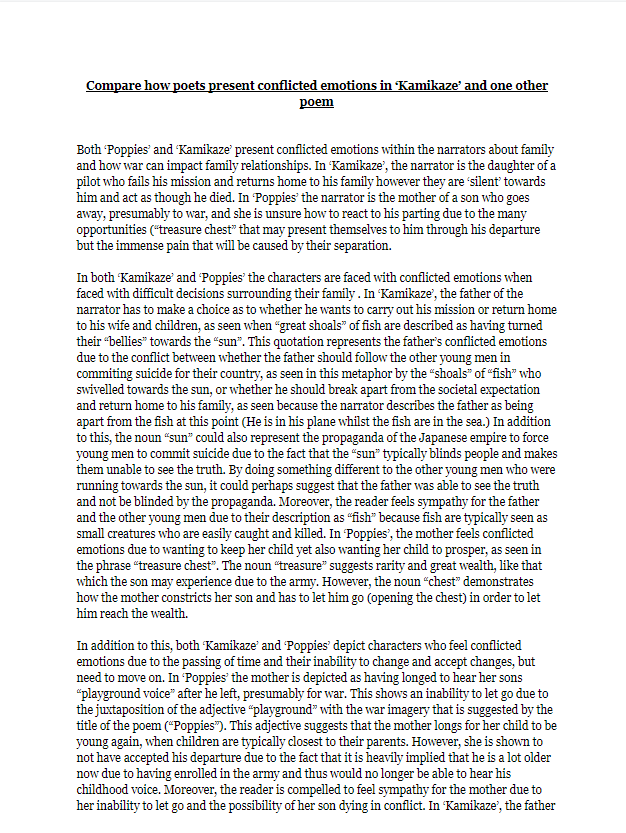 Tonight I'm gonna do a bit of English Lagnuage revision then go to the cinema proably and maybe watch the Irish election results. I've done a lot more revision this weekend than I would normally do because of the weather and the mocks, but I feel like a got a lot done today and yesterday. I'll update you soon when I've done some of my mocks! The next week is going to be hell I have about 4 essays due in, loads of vocab tests for languages, 5 English and maths mocks, a Physics and Biology test and end of topic History test! Wish me luck!

Thank you! Now it's time to repeat something like that in the real thing lol
0
reply

somerandomtom
Badges: 5
Rep: ?
#4
Report Thread starter 1 year ago
#4
Just a quick update about today as I had my first set of mocks (English Literature Poetry and Maths paper 1 (Non-Calculator)). The English lit was actually quite good, the question was about 'War Photographer' and the theme of effects of war. I think 95% of the year did 'Remains'. I was originally going to do 'Exposure' but decided upon 'Remains'. With regards to the unseen, it was actually quite good and I had quite a few points about the language and form/structure. As for the maths, it was an OK paper. In the November mock, we had the November 2018 paper which was absolutely horrid (especially paper 2), so everyone was expecting the worst for today, but it was marginally better. There were some tricky questions, but I reckon I got around 65/80 in the end which is around a grade 8. Non-calculator is probably my worst paper out of the three as my written maths has become pretty sloppy due to a reliance on my calculator whenever I need to work something out. Tonight I'm gonna do an English Language practice paper then maybe do some homework or something. I'll update you on tomorrow's mock! See ya' later!
1
reply
X
start new discussion
Page 1 of 1

Following the government's announcement, do you think you will be awarded a fair grade this year?