Trump alleges chloroquine has been FDA approved for COVID-19 ... it hasn't

Napp
Badges: 22
Rep: ?
#1
Report Thread starter 1 year ago
#1
The troll-in-chief once again runs his word hole in direct opposite to the facts...

It's to coverup the mass arrests of vatican pedofiles, hollywood pedofiles and politicians around the world.
Tell that to the people who have contracted it.
0
reply

Ascend
Badges: 13
Rep: ?
#4
Report 1 year ago
#4
Anthony Fauci embodies the frustration of expertise in the face of incompetence:

Fauci gets frank about Trump: ‘I can’t jump in front of the microphone and push him down’


Amid the ongoing global coronavirus pandemic, Anthony S. Fauci, head of the National Institute of Allergy and Infectious Diseases, has been charged with a herculean task: trying to keep President Trump’s public statements about the novel virus rooted in fact.

Now it appears that Fauci’s frustration is showing.

When asked Sunday by Science magazine’s Jon Cohen about having to stand in front of the nation as “the representative of truth and facts” when “things are being said that aren’t true and aren’t factual,” the 79-year-old said there is only so much he can do.

“I can’t jump in front of the microphone and push him down,” Fauci said, referencing Trump. “OK, he said it. Let’s try and get it corrected for the next time.”

The frank comment was just one line of a lengthy Q&A published Sunday night in which Fauci shed light on his relationship with Trump, how the pair handle their differences and what happens before each coronavirus task force news conference.

On more than one occasion, Fauci, described by The Washington Post’s Ellen McCarthy and Ben Terris as “the grandfatherly captain of the corona*virus crisis,” has had to publicly contradict the president — a risky action that could conceivably jeopardize the scientist’s job.

Fauci acknowledged as much on Sunday.

“To my knowledge, I haven’t been fired,” he told Cohen, laughing.

Though he and Trump sometimes disagree, Fauci said the president does listen to him “on substantive issues.” But they stray when it comes to Trump’s delivery of the critical messages.

“It is expressed in a way that I would not express it, because it could lead to some misunderstanding about what the facts are about a given subject,” he said.

Cohen pressed him on Trump making statements that don’t “comport with facts.”

He went on to provide a behind-the-scenes look at how the task force advises Trump ahead of his daily news conferences.

“We sit down for an hour and a half, go over all the issues on the agenda,” Fauci said, adding that the group also discusses what they want to emphasize to the public that day before meeting with Trump.

“Then we go in to see the president, we present [our consensus] to him and somebody writes a speech,” he explained. “Then he gets up and ad libs on his speech. And then we’re up there to try and answer questions.”

Fauci made his qualms with Trump’s ad libs known at Friday’s news conference when he was seen covering his face in apparent exasperation after the president mentioned the “Deep State Department,” referencing a conspiracy theory.

Asked if he was criticized for the gesture, Fauci said “no comment.”

“I keep saying, is there any way we can get a virtual press conference,” he said. “Thus far, no. But when you’re dealing with the White House, sometimes you have to say things 1,2,3,4 times, and then it happens. So I’m going to keep pushing.”
1
reply

Fauci gets frank about Trump: ‘I can’t jump in front of the microphone and push him down’
It must be like pissing into a hurricane for them.
0
reply

Ascend
Badges: 13
Rep: ?
#8
Report 1 year ago
#8
Trump bristled when asked about promoting hydroxychloroquine. Then he cut Fauci off.

Ascend
Badges: 13
Rep: ?
#10
Report 1 year ago
#10
Fauci says US 'could have saved lives' with earlier action (but there was "pushback" about locking down):


Dr Fauci, who is leading the US response to coronavirus, added that "no one is going to deny" that logically, earlier mitigation could have saved lives.

But he said "what goes into those kinds of decisions is complicated".

"There was a lot of pushback about shutting things down back then."
0
reply

Ascend
Badges: 13
Rep: ?
#11
Report 1 year ago
#11
Currently watching Trump give his most bat**** crazy coronavirus ramble yet to the point that CNN put up this banner: 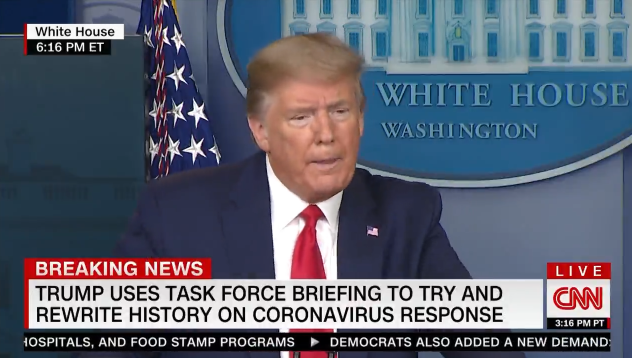 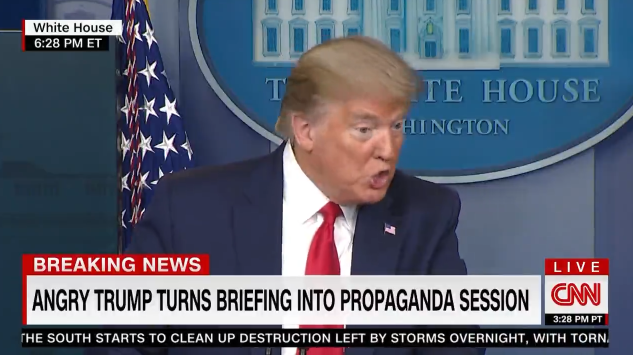 Napp
Badges: 22
Rep: ?
#14
Report Thread starter 1 year ago
#14
A doctor says he was removed after pressing for rigorous vetting of treatments embraced by Trump.
The doctor who led the federal agency involved in developing a coronavirus vaccine said on Wednesday that he was removed from his post after he pressed for a rigorous vetting of a coronavirus treatment embraced by President Trump. The doctor said that science, not “politics and cronyism,” must lead the way.

Dr. Rick Bright was abruptly dismissed this week as the director of the Department of Health and Human Services’ Biomedical Advanced Research and Development Authority, or BARDA, and as the deputy assistant secretary for preparedness and response.

Instead, he was given a narrower job at the National Institutes of Health. “I believe this transfer was in response to my insistence that the government invest the billions of dollars allocated by Congress to address the Covid-19 pandemic into safe and scientifically vetted solutions, and not in drugs, vaccines and other technologies that lack scientific merit,” he said in a statement to The New York Times’s Maggie Haberman.

“I am speaking out because to combat this deadly virus, science — not politics or cronyism — has to lead the way,” he said.

Asked at his daily briefing if Dr. Bright had been forced out, Mr. Trump said, “Maybe he was and maybe he wasn’t; I don’t know who he is.” A spokeswoman for Alex Azar, the health and human services secretary, did not immediately respond to an email seeking comment. The medical publication Stat reported on Tuesday that Dr. Bright had clashed with Bob Kadlec, the assistant health secretary for preparedness and response.

Dr. Bright, who noted that his entire career had been spent in vaccine development both in and outside of government, has led BARDA since 2016.
0
reply

More deaths, no benefit from malaria drug touted by Trump
I did find it rather amusing that those gob****es on fox where singing this drugs praises, until now when they're suddenly suspiciously silent on the matter

You just know Trump will lose his **** over this.
0
reply

destroy the economy, destroy your career and destroy small business throughout the country and see your friends and neighbours suffer ?
0
reply

destroy the economy, destroy your career and destroy small business throughout the country and see your friends and neighbours suffer ?
Well when you put it like that...