Will the US be the final winner if the UK ban Huawei 5G?

knowlnrws6481
Badges: 3
Rep: ?
#1
Report Thread starter 2 weeks ago
#1
On July 14, the UK government officially announced that it will ban the purchase of any brand new Huawei 5G equipment from December 31, 2020.
Not only that, Huawei will be completely removed from the UK's 5G network, with the final date of 2027. 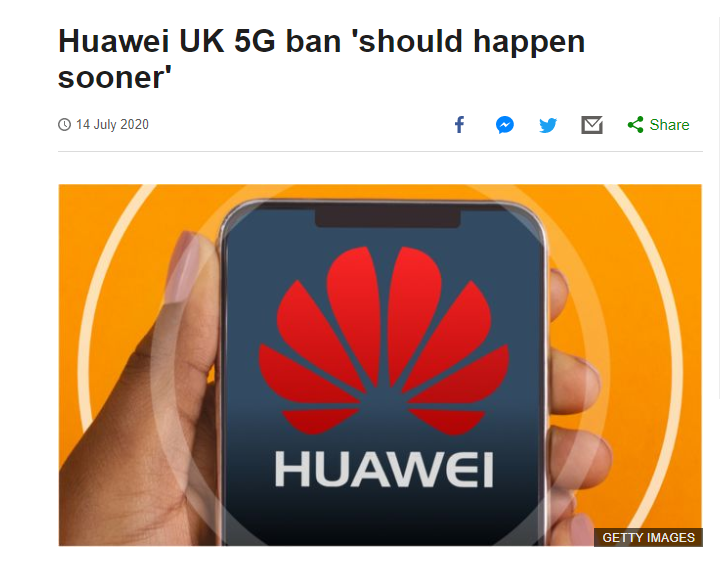 Well, what are the reasons given by the UK?
UK says: It's a matter of national security.
According to the BBC, Huawei has repeatedly claimed that it will not pose a threat to national security. And the BBC has acknowledged that the move could affect other Chinese investments in the UK.
"This goes against UK's tradition of free trade and openness," says The founder of the Centre for China and Globalisation.
On YouTube, the UK public also commented on the issue, saying the UK government's decision was biased.
The comments on the video also represent a part of the British public's opinion that the UK's decision making is influenced by the United States, and even the Brexit is still led by the United States. 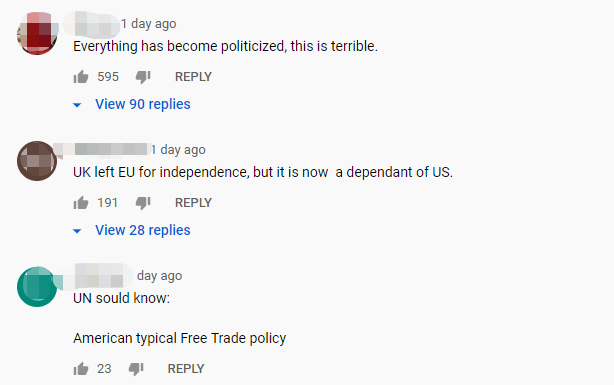 Judging from the official statement of the UK government, it is obvious that the US is an important factor in promoting the UK government to make this decision.
The UK government said, The decision was made in the early hours of July 14 when the prime minister chaired a meeting of the National Security Council, in response to the latest US sanctions.
5G technology, which promises faster Internet speeds and the ability to support more wireless devices, will have a major impact on economic, military, political and other fields. The US crackdown on China's Huawei 5G technology is nothing new, but the fact that it has drawn in Britain to escalate the conflict has renewed people's perception of US hegemony.
However, if Huawei is banned, it may take more than two or three years for Britain's 5G technology to be developed and rolled out, and the economic costs and technological input will also outweigh the benefits. So will America be the winner? This is not necessarily the case.
1
reply

londonmyst
Badges: 18
Rep: ?
#2
Report 2 weeks ago
#2
Not necessarily.
Other countries also have a great deal of expertise in tech and high speed broadband.
Many of whom also have closer diplomatic ties and warmer relationships with both Britain & the USA.
For example: India, Israel, Japan, Singapore and South Korea.
0
reply

Napp
Badges: 22
Rep: ?
#3
Report 2 weeks ago
#3
Why are new accounts incapable of actually posting the supposed article as opposed to a series of suspicious screenshots?
0
reply
X
start new discussion
Page 1 of 1