A Puddleduck's journey to the end of the river: Jemima's Year 13 GYG 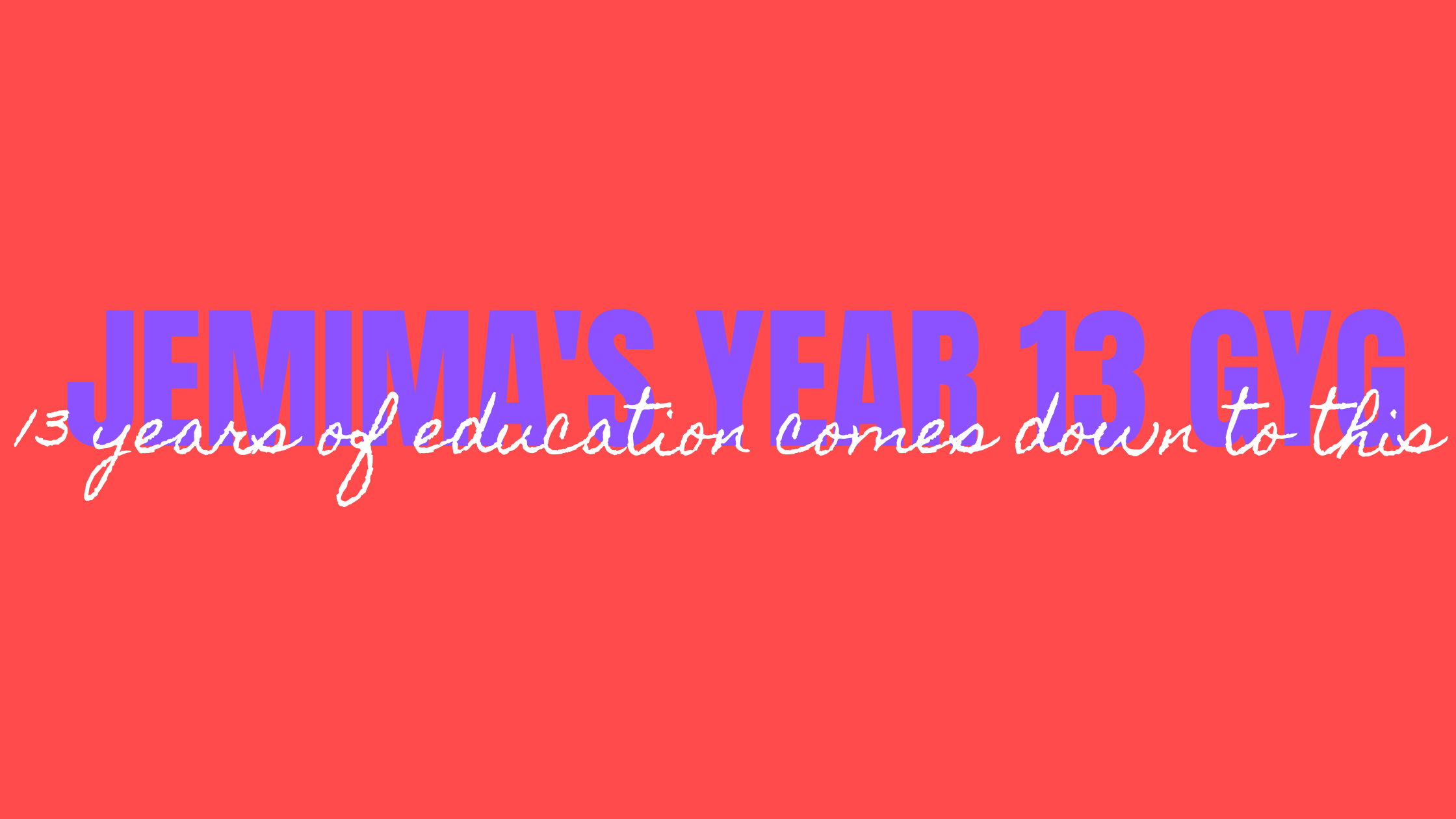 Aaahhh. I can't believe it's year 13. My little sister is starting secondary and my brother is starting primary. Where have all the years gone?

2020 has been crazy and I don't know what the future's looking like but I'm going to try to make the best of it no matter what.


My name is Jemima and I'm 17, I'm in year 13.
I've had a GYG the past few years but I normally end up abandoning them halfway through the year. This year though I'm hoping to keep it going and that it will help me stay motivated.


My A Levels are:

English Lit- 7
English Lang- 5
Double Science- 7-6
French- 6
History- 7
Geography- 7
Art- 4
I haven't got any predicted grades for a levels yet, but my mocks are at the end of September

Spoiler:
Show
Just to not get really worked up. my anxiety has been quite bad in the past 2 months and I'm really nervous about being in a school with over 2000 students. I just want to try my best and move on from school, I really feel as though I've outgrown it.

Spoiler:
Show
I'm currently aiming to go to university, and I think I want to study Sociology. I'm definitely going to apply anyway so have been looking at universities and have been planning my personal statement
Tag list from last year

So today was the first day back which was really scary. I got to school, and we ha to line up in our forms, and then we were taken by our form tutors to the hand wash stations and then to our form rooms. It didn't really start that smoothly because when we got to our form room there was a year 12 form in there (which they shouldn't have been) so we ad to walk round school to find an empty classroom.

P4&P5- I had Human Geography, and we were continuing what we did back when I went into school in July which was Superpowers, so we were learning about the strength of places like China and the USA and stuff like neo-colonialism.
1
reply

please can I have a tag?

Do you prefer human or physical geography? I definitely prefer human - we’ve just finished learning about migration which was such a cool topic

please can I have a tag?

Do you prefer human or physical geography? I definitely prefer human - we’ve just finished learning about migration which was such a cool topic

Also love the title!
yeah sure, thank you xx

I love Human Geography. We're doing Superpowers at the moment so we are learning about the fight for dominance between China and the USA and also developing countries such as Russia, Brazil and India. Last year we did Globalisation and Regenerating places.
0
reply

P1: this morning we had tutorial for period 1 which is what we've always had Friday P1 ever since year 7 and we were mainly just discussing our summers, and writing down our aims for year 13 and what we want to do after we've left school. We also had to talk about Covid which was a bit depressing.

P2&P3: I had double History. I handed in my first NEA draft and in Wars of the Roses we did a card sort activity with all the key events and battles that we studied in year 12. Then in the second hour we did some source work ready for an essay that we're going to be given next week.

P4&P5: I had double Maths, We were doing sequences, and we were using formulas to find out the number of terms in a sequence and other stuff like that. We also got given an exam paper to help practice for our mocks in October.

I hope you all had a good week. I'm really glad its the weekend xx.

jemima0103
Badges: 18
Rep: ?
#10
Report Thread starter 10 months ago
#10
(Original post by mez_merising)
y12 into 13 maths packs!! wow lucky we had to do like half of A2 pure over July self taught lmao I know nothing
that sounds so stressful. We did the first two chapters of the A2 Pure textbook last year so we're on chapter 3 now. I taught logarithms at home and that was awful
0
reply

(Original post by jemima0103)
yeah sure, thank you xx

I love Human Geography. We're doing Superpowers at the moment so we are learning about the fight for dominance between China and the USA and also developing countries such as Russia, Brazil and India. Last year we did Globalisation and Regenerating places.
Superpowers was my favourite topic!
0
reply

Superpowers was my favourite topic!
Yeah it's been really interesting so far
0
reply

So it's Monday and that means a full week. After being out of school for so long I've been really tired going back. It's also made me really anxious so that's not helping.

P1&P2- I had double geography, and today we were learning about Emerging Powers, so Brazil, Russia, India and China. We also studies the three theories of development.

P3- Wars Of The Roses (History)- we started looking at 1471 and The death of Edward, Prince of Lancaster and Henry VI.

I originally intended on coming home at lunch and doing work in the afternoon but when I got home I'd just got a parcel delivered so I was sorting that out, and then when I'd eaten lunch I was tired so I'm doing some work now and I'll do some when I get home tomorrow

procrastinatingb
Badges: 14
Rep: ?
#18
Report 10 months ago
#18
oh my gosh you're watching gilmore girls! that's one of my fave shows, i've been tempted to rewatch but have been trying to hold back since school is about to go back. how far through are you?
0
reply

So this weekend I didn't want to do loads of work because I've been really tired. I've only been back two days bu my sleep schedule for the past six months has literally been 2am-11am so it's all messed up. I did my geography homework, which was to write about the ethical considerations that need to be taken into account when researching something, and I also created some flashcards. I also did my pure maths practice paper. I haven't done all the questions so I'm probably going to come home tomorrow after lunch to complete it.

Outside of schoolwork, I went in to town with my Mum yesterday to get my little brother some trainers for PE, and I've been watching Netflix. Mainly Gilmore Girls because I want to get it finished and then The Babysitters Club as something light-hearted to watch before I got to sleep

Hopefully you can gradually sort out your sleep schedule soon - have a good week!
0
reply